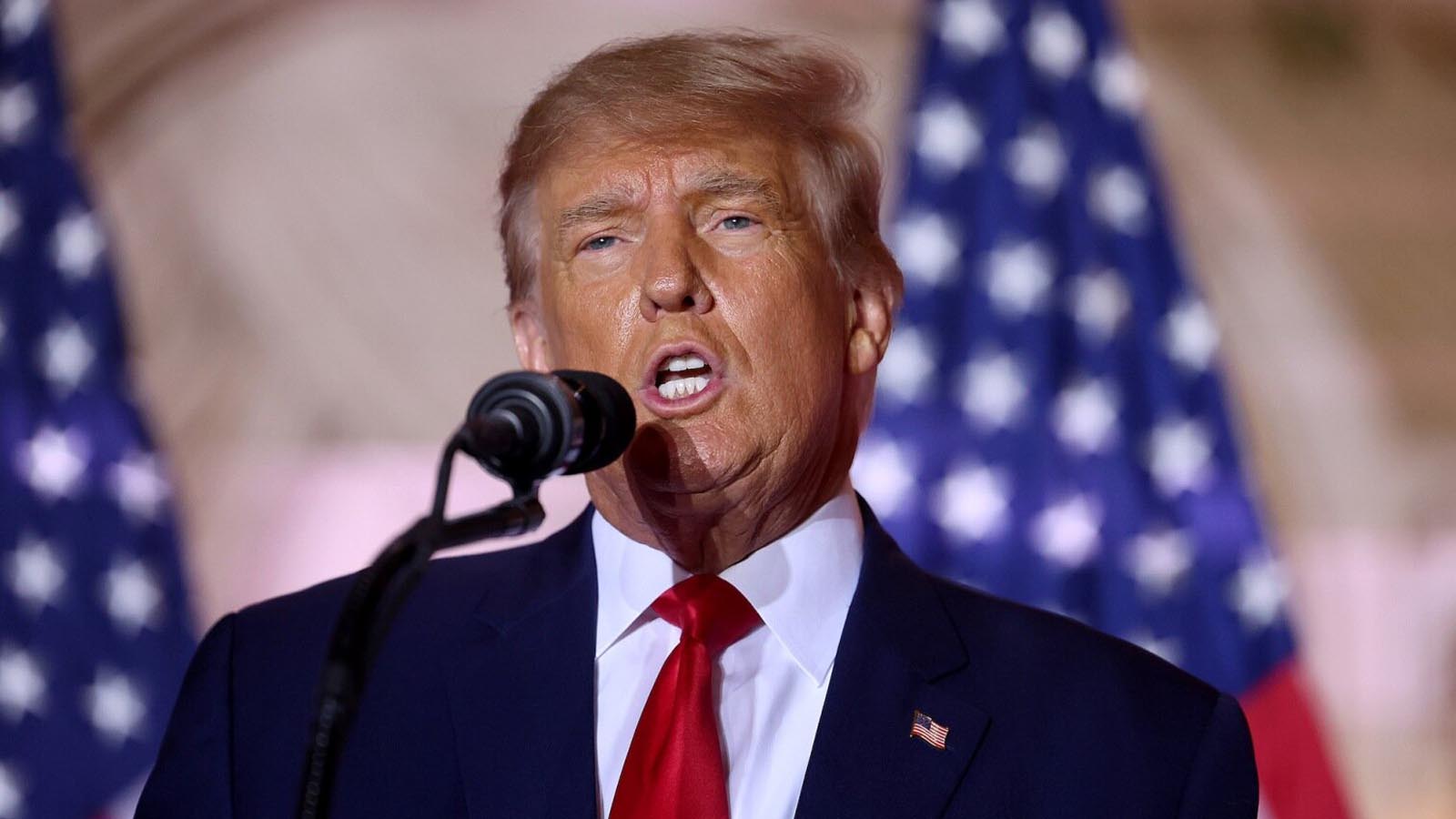 Former President Trump reacted Monday to reports that the Department of Justice is reviewing classified material found in a private office belonging to President Biden from his time as vice president.

“When is the FBI going to raid the many homes of Joe Biden, perhaps even the White House? These documents were definitely not declassified,” Trump said on Truth Social sharing the CBS News report.

The classified documents were discovered by Biden’s personal attorneys as they “were packing files housed in a locked closet to prepare to vacate office space at the Penn Biden Center in Washington, D.C.,” Richard Sauber, special counsel to the president, told CBS News.

The National Archives was notified about the discovery, which happened just before the midterm elections, on Nov. 2, and took possession of the documents the next day.

Trump’s Mar-a-Lago residence was raided by FBI agents in August, where investigators found more than a hundred classified documents. While there was a smaller number of items found at Biden’s office, the president publicly criticized his predecessor, wondering how “anyone could be that irresponsible.”

As VP, Biden would have been subject to the Presidential Records Act, which requires records to be turned over at the end of an administration.

On Twitter, Donald Trump Jr. also responded to the report:

“We were told for months that this was treasonous… grounds for impeachment… & meriting the death penalty, yet I have a feeling nothing will happen!?”

We were told for months that this was
treasonous… grounds for
impeachment… & meriting the death
penalty, yet I have a feeling nothing
will happen!?