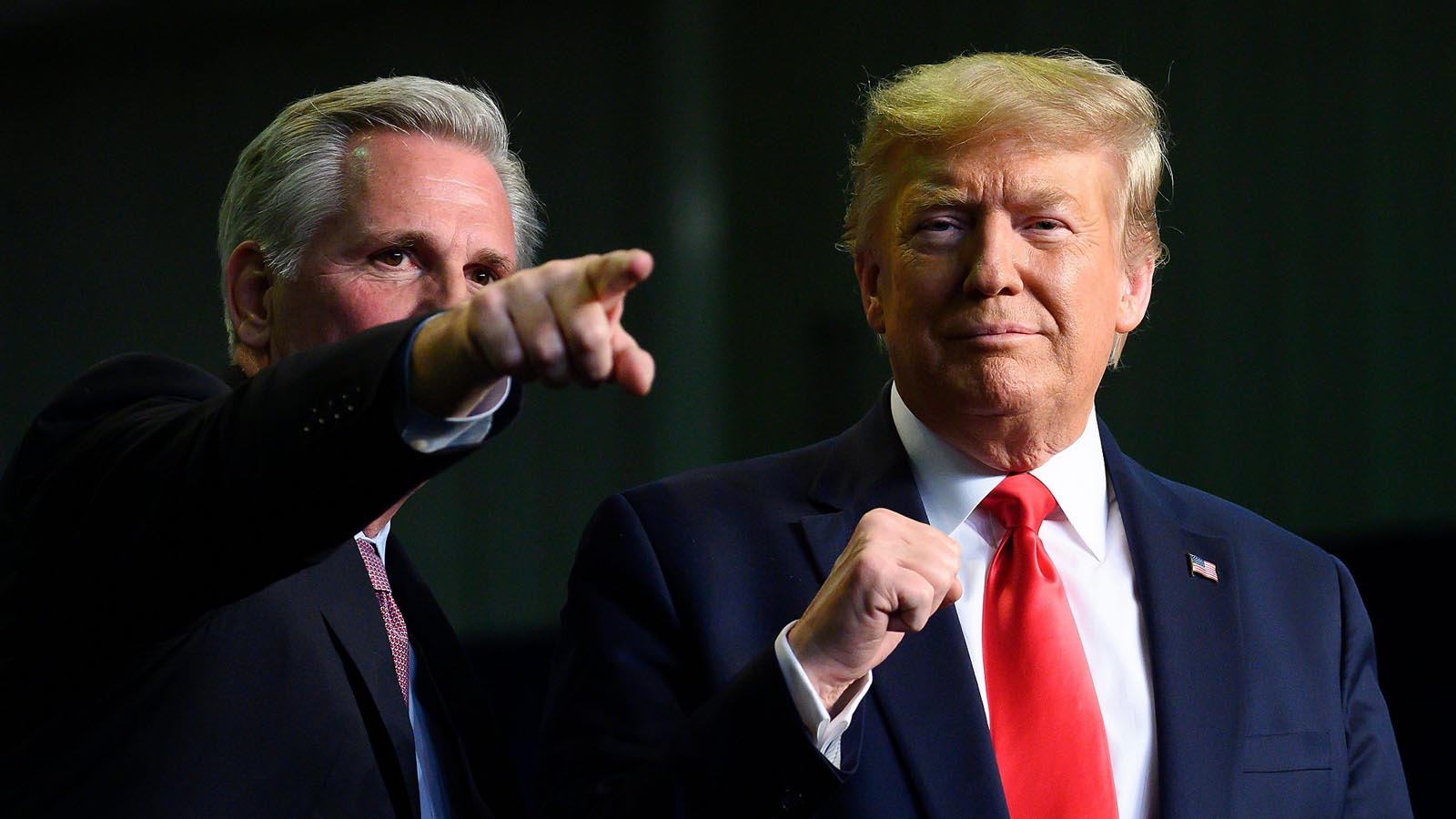 After another day of Republican Leader Kevin McCarthy failing to get the 218 votes he needs to become Speaker of the House, President Donald Trump issued a late night update on negotiations.

“Very good things are happening behind the scenes for the Republican Party. Intense but Smart negotiations between GREAT and PATRIOTIC people are ongoing. They all love our Country, and want something to go forward, ASAP. This “event” will end up making the Republican Party STRONGER and more UNITED than ever before. OUR NATION IS AT STAKE. Stay tuned and, MAKE AMERICA GREAT AGAIN!” Trump said on Truth Social.

On Wednesday morning, Trump urged 20 Republicans voting against McCarthy to get onboard, which didn’t sit well with opposing members.

In addition to Trump’s new update, the Congressional Leadership Fund (CLF) announced new concessions on primary campaign funding, a major sticking point for those currently opposed to McCarthy’s candidacy and The Club For Growth. CLF is a McCarthy endorsed, independent Super PAC that has been meddling in Republican primaries.

In remarks nominating Byron Donalds for House Speaker on the fifth ballot, Lauren Boebert says former President Trump "needs to tell Kevin McCarthy that, 'sir, you do not have the votes, and it's time to withdraw'" to an audible reaction from the chamber. pic.twitter.com/FOWFbQMSrz

“Kevin McCarthy has effectively led House Republicans from the Minority to the Majority and we want to see him continue to lead the party so we can pick up seats for the third cycle in a row. CLF will not spend in any open-seat primaries in safe Republican districts and CLF will not grant resources to other super PAC’s to do so. CLF has never spent a dollar against a Republican incumbent before and obviously will continue that policy in the future,” CLF President Dan Conston released in a statement Wednesday night. “CLF will continue to support incumbents in primaries as well as challengers in districts that affect the Majority, which proved to be critical to winning the Majority in 2022.”

“This agreement on super PAC’s fulfills a major concern we have pressed for. We understand that Leader McCarthy and Members are working on a rules agreement that will meet the principles we have set out previously. Assuming these principles are met, Club for Growth will support Kevin McCarthy for Speaker,” Club For Growth President David McIntosh added.

The House will reconvene Thursday at 12 p.m. et and resume votes for Speaker.