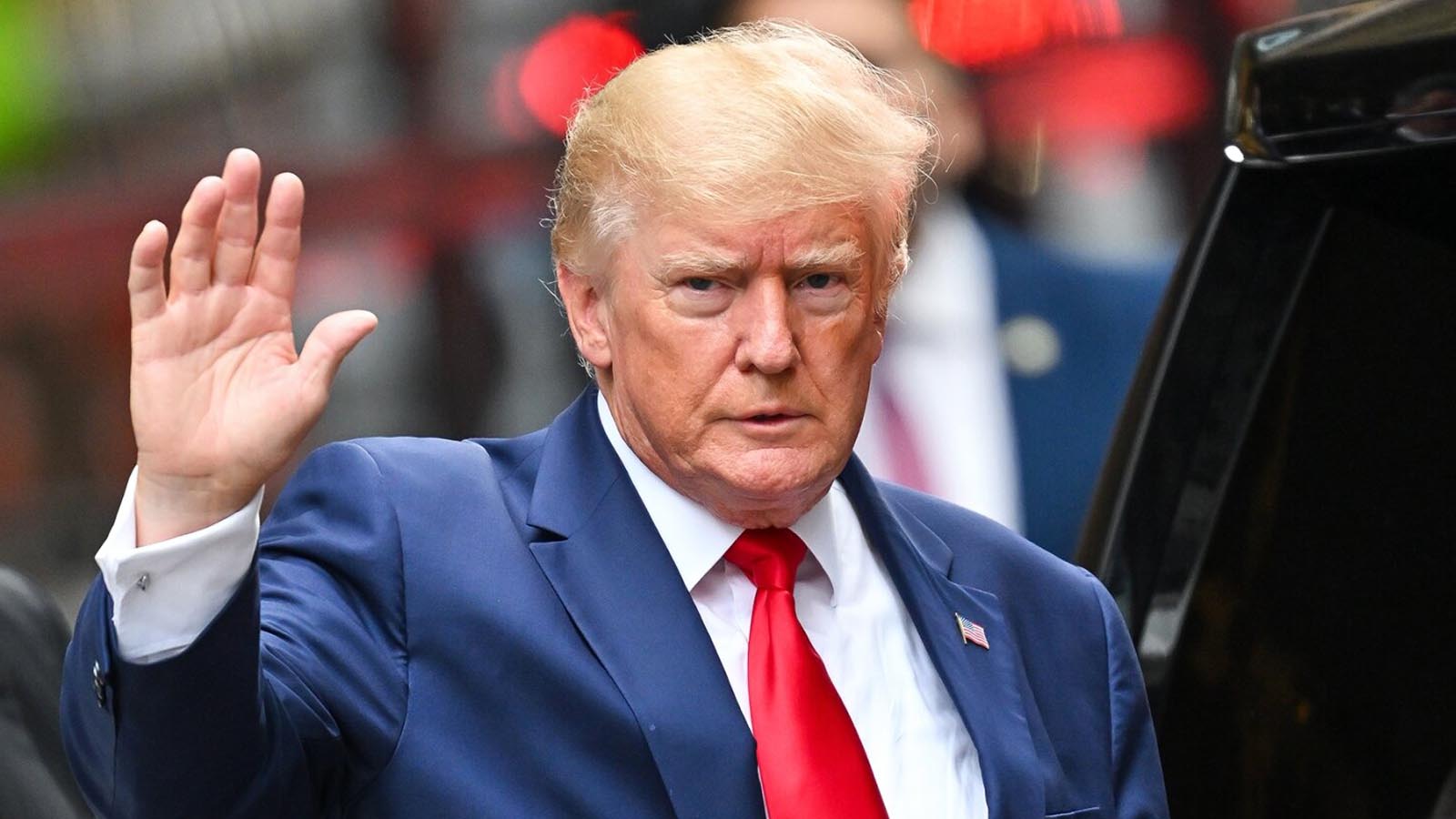 Former President Donald Trump has offered to step in and mediate a peace deal between Russia, Ukraine, and the US.

His offer came shortly before he posted Joe Biden’s previous statements about “ending” the Nord Stream pipeline, and warned once again that he may be leading the nation right into World War III.

Trump volunteered to “head up” a group to make peace in a post on Truth Social on Wednesday. 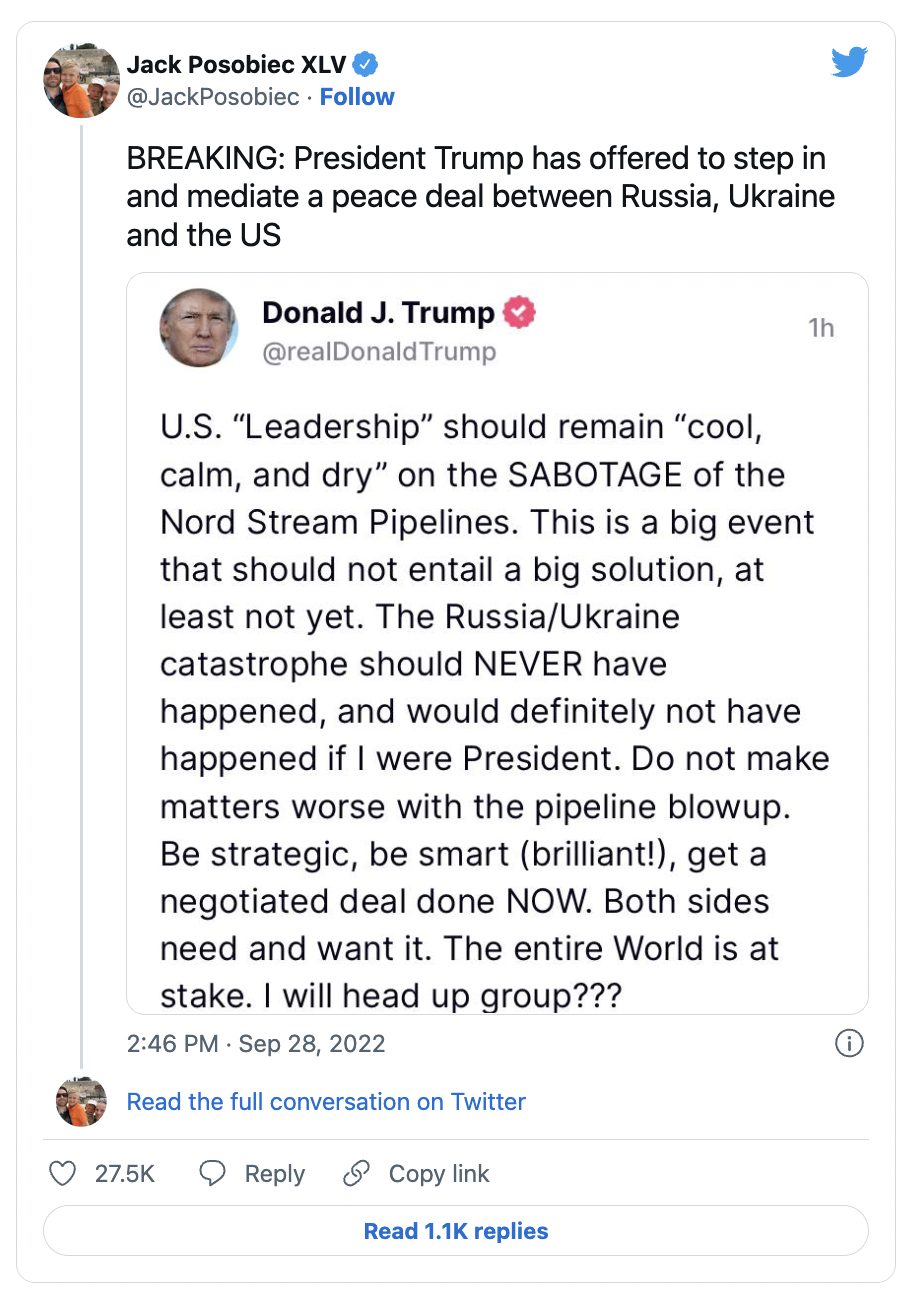 “U.S. ‘Leadership’ should remain ‘cool, calm, and dry’ on the SABOTAGE of the Nord Stream Pipelines,” Trump began. “This is a big event that should not entail a big solution, at least not yet.”

“The Russia/Ukraine catastrophe should NEVER have happened, and would definitely not have happened if I were President,” the former president continued. “Do not make matters worse with the pipeline blowup. Be strategic, be smart (brilliant!), get a negotiated deal done NOW. Both sides need and want it. The entire World is at stake. I will head up group???”

Shortly after posting his offer, Trump shared a video of Biden threatening Nord Stream in February.

BIDEN admits US behind sabotage of Nordstream 1 and 2.

Biden: "If Russia invades…then there will be no longer a Nord Stream 2."

Reporter: "But how will you do that, it's in germany's control?"

Biden: "I promise you, we will be able to do that." pic.twitter.com/idlxQYuAqU

Speaking during a joint press conference with German Chancellor Olaf Scholz in February, Biden said, “If Russia invades… again, then there will be longer Nord Stream 2. We will bring an end to it.”

When asked how he would do that, he said, “I promise you we will be able to do it.”

Trump shared the clip on Wednesday, adding the comment, “Wow, what a statement. World War III anyone?”