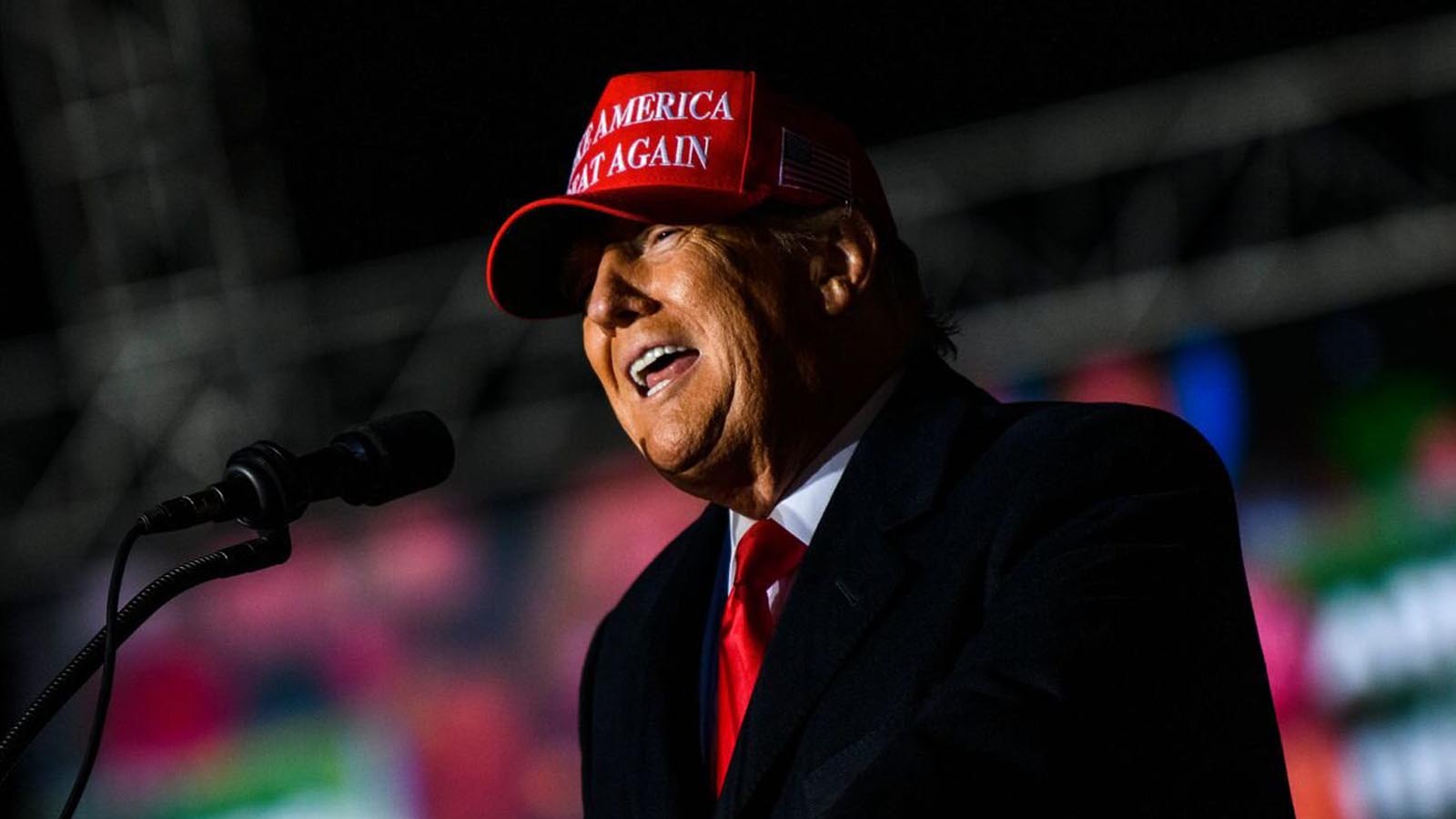 Former President Donald Trump took a swipe at Florida Republican Gov. Ron DeSantis at a rally on Saturday night referring to him as “Ron DeSanctimonious” in what could be a sign of growing tension between the two potential presidential candidates.

“We’re winning big in the Republican Party for the nomination like nobody’s ever seen before,” Trump told a crowd in Latrobe, Pennsylvania on Saturday night before going down the list of other Republicans who could potentially challenge him in 2024.

“There it is, Trump at 71 percent, Ron DeSanctimonious at 10%,” Trump told the crowd while reading approval numbers of various Republicans.

The jab from Trump comes as the two are widely considered the two top Republican contenders to clinch the Republican presidential nomination and reports have circulated about possible growing tension between the two camps.

DeSantis dismissed rumors of a rift between him and Trump earlier this year saying that Trump is a “friend of mine.”

“He wants to see Republicans doing well,” DeSantis told Fox News in February. “And I think when media is trying to act like he’s upset at me for doing well, I think that’s total bunk. I think they’re just making it up.”

Over the last few months, Trump routinely out-performs DeSantis in polls of Republican voters ahead of 2024, but the governor remains Trump’s most prominent potential rival.

“A BIG MISTAKE!” Trump posted on Truth Social in response to the move.

Trump will be attending a rally in Florida to support Florida Republican Marco Rubio on Sunday in Miami at an event that Fox News reported did not include an invitation for DeSantis despite his immense popularity with Republicans in the state.

Trump has not yet said whether he plans to run for president but many political experts believe he will make the announcement shortly after Tuesday’s midterm elections.

DeSantis refused to say during a debate last month whether he will run in 2024 fueling speculation that he is considering throwing his hat in the ring.