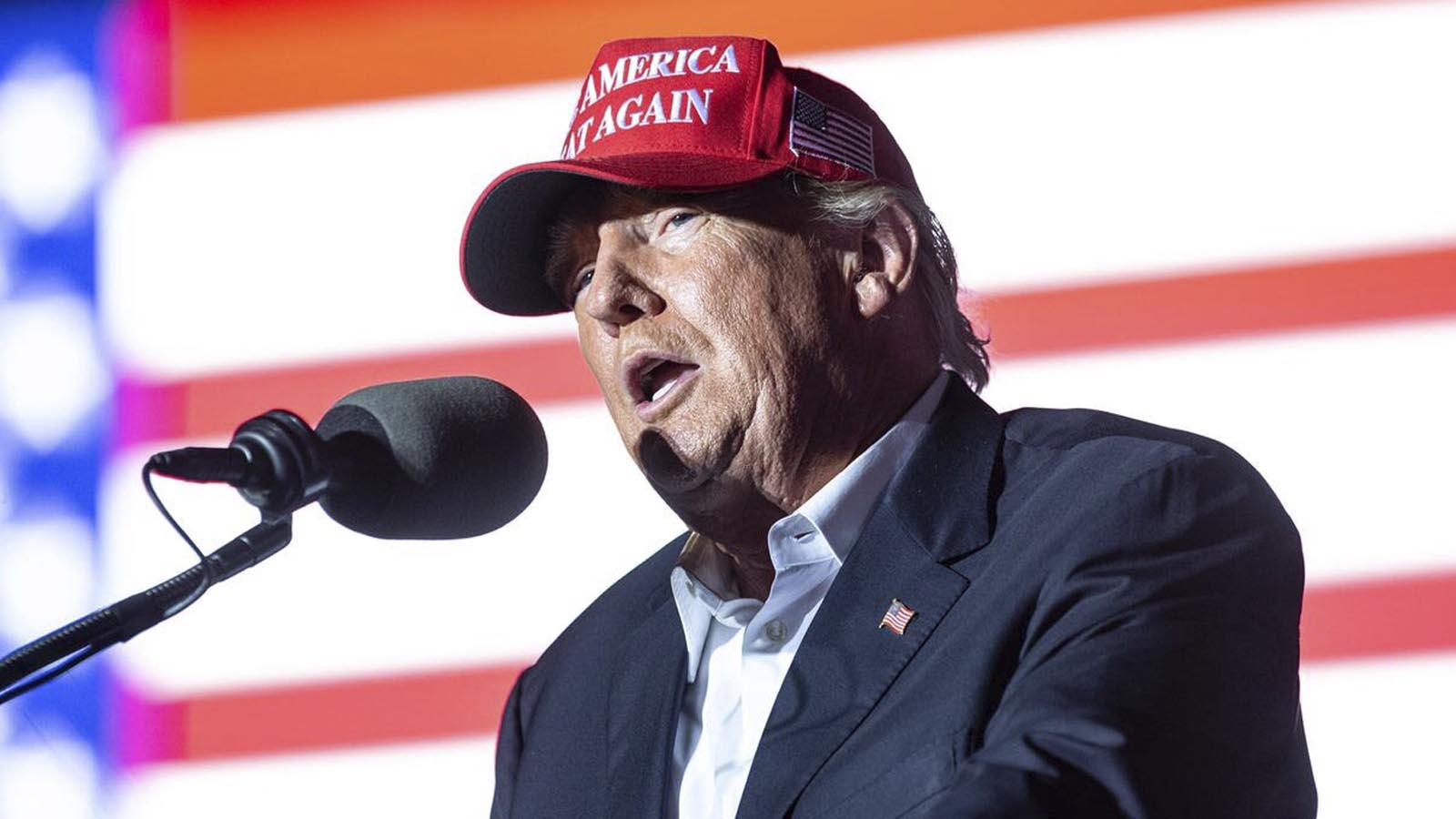 Former President Donald Trump’s expected campaign announcement Tuesday will pitch voters on his plan for a second term in office that would revive frustrated pillars of his 2016 bid and first-term agenda.

A source close to Trump said that while not an exhaustive list, the former president would discuss the flagging economy, the energy crisis, and surging crime, pointing to his address to the America First Policy Institute this summer that painted a picture of a nation in decay. Trump will also swipe at a Republican establishment that has heaped criticism on him following the midterm elections.

“He will cover the waterfront,” the person said.

Trump is expected to make the case for finishing what he started in his first term.

“He’s going to deliver a fairly lengthy second term agenda of what he could do if he were elected again,” said Dick Morris, a former Clinton strategist, longtime Trump family friend, and informal adviser to the ex-president who is in Florida to attend the 9 p.m. announcement at Trump’s Mar-a-Lago estate.

Morris said to expect the former president to tout immigration-focused measures among his priorities, reviving the call for a wall along the U.S.-Mexico border, a centerpiece of his 2015 campaign announcement, and a 2019 policy known as the Migrant Protection Protocols that required people to seek asylum in Mexico while awaiting a U.S. immigration hearing. President Joe Biden suspended the policy earlier this year despite a record number of apprehensions along the southern border.

“It’s a list of the stuff he began and initiated but was interrupted — complete the border wall, ‘Remain in Mexico,’ no lockdowns or vaccinations,” said Morris.

Morris advised Trump informally as he weighed a 2016 campaign and again in 2020, according to Confidence Man: The Making of Donald Trump and the Breaking of America, by the New York Times’s Maggie Haberman. He declined to comment when asked whether he had worked with Trump on the speech. Prompted for more details, he referred the Washington Examiner to the coming remarks.

Trump’s return to the themes that animated his successful 2016 campaign suggests the former president is eager to recapture the momentum that helped stoke his rapid ascent, ran his competitors aground, and had supporters and opponents locked on his every move while in office.

Speaking in Washington this summer, Trump’s remarks on crime across the nation drew comparisons to 2016 when he said other countries had been “emptying their jails into the United States. We’re like a dumping ground. We’re not going to allow that to happen.” This was a potent theme of his 2015 announcement, when he said, “They are sending people that they don’t want. The United States is becoming a dumping ground for the world.”

In 2015, Trump said police were limited in arresting immigrant criminals, saying that “police and law enforcement … they can’t do anything about these people, and they want to. They know who these people are.”

“The police officers know their names,” Trump repeated this year. “The problem is they’re not allowed to do anything about it.”

His hard line on immigration and crime captured broad Republican support during the 2016 race, later becoming an important and divisive focus of his presidential agenda.

The coronavirus lockdowns and vaccinations, which Trump’s administration spearheaded, remain hot-button topics that have divided Republicans and have cropped up in the former president’s broadsides at Florida Gov. Ron DeSantis, a hotly tipped potential rival.

Trump swiped at DeSantis in January over his refusal to disclose his vaccination status, while the governor has said he regrets not speaking out “much louder” over the White House’s stay-at-home orders in the early days of the pandemic. DeSantis made his handling of the pandemic a feature of his reelection campaign, which he won by historic margins last week.

Trump’s Tuesday remarks follow a bruising midterm cycle for Republicans. The party is reckoning with the fallout of an election that failed to capture the Senate and looks set to award it a narrow majority in the House, with many heaping blame on the former president.