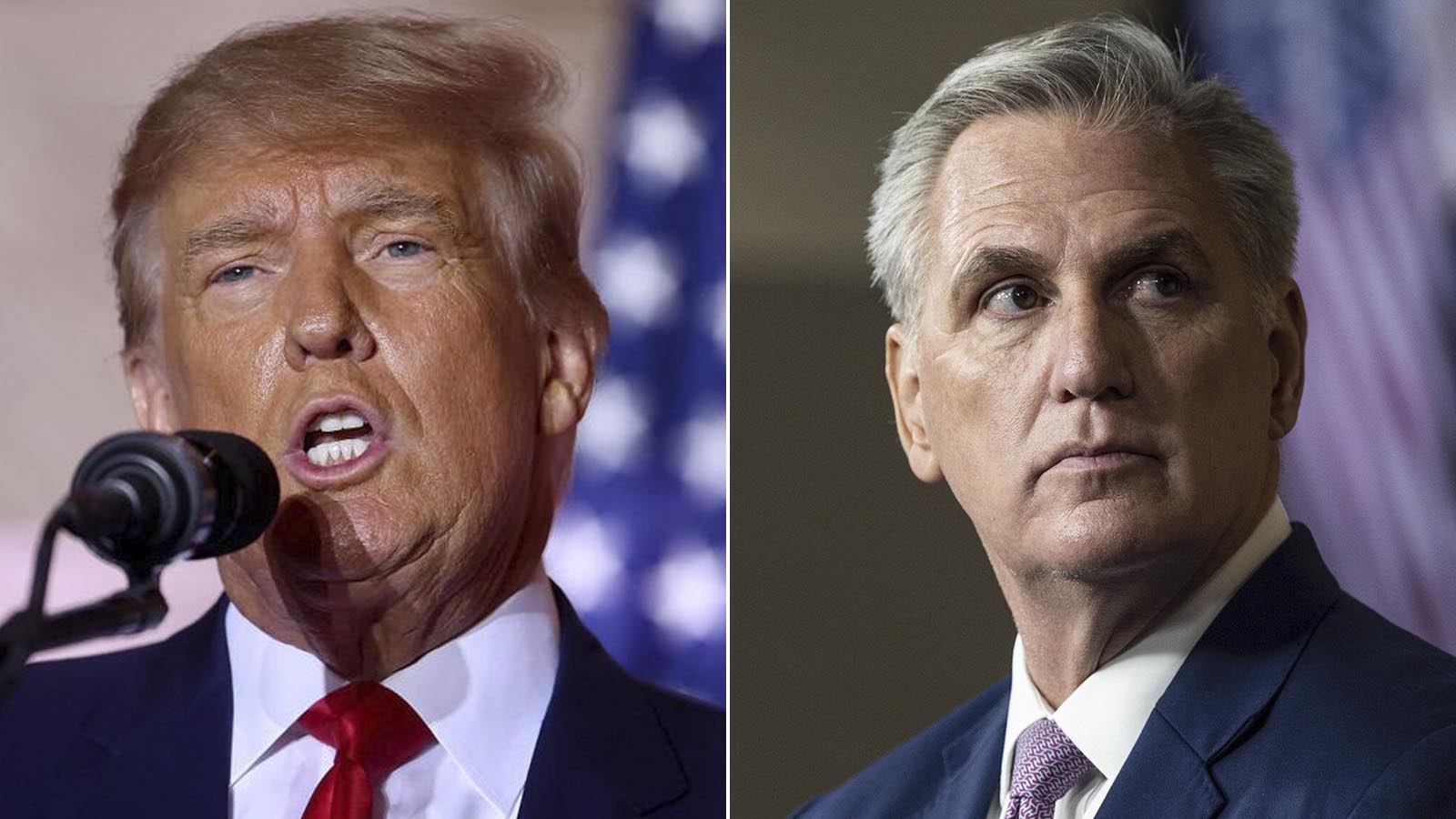 After failing to get the 218 votes needed to become speaker of the House three times in a row due to a rebellion by conservative Republicans, McCarthy desperately needs to win over conservatives if he wants to turn the tide. Those last hopes were possibly dashed on Tuesday when the most influential figure among the conservative Republican rebels declined to support McCarthy.

“Former President Trump declined to say if he’s sticking by his endorsement of Kevin McCarthy for speaker tonight, telling me in a brief phone interview he’s had calls all day asking for support, and ‘We’ll see what happens. We’ll see how it all works out,'” NBC News correspondent Garrett Haake tweeted. 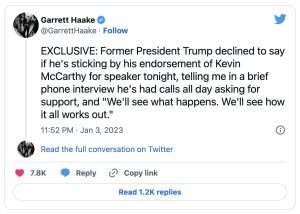 He added that Trump abruptly ended the conversation after saying he would see what happens, making his position known.

Trump had previously thrown his support behind McCarthy in November when he endorsed him for speaker.

After the chaos that unfolded Tuesday, Trump seems to have changed his mind, possibly depriving McCarthy of his last hope to get the votes needed to become speaker.