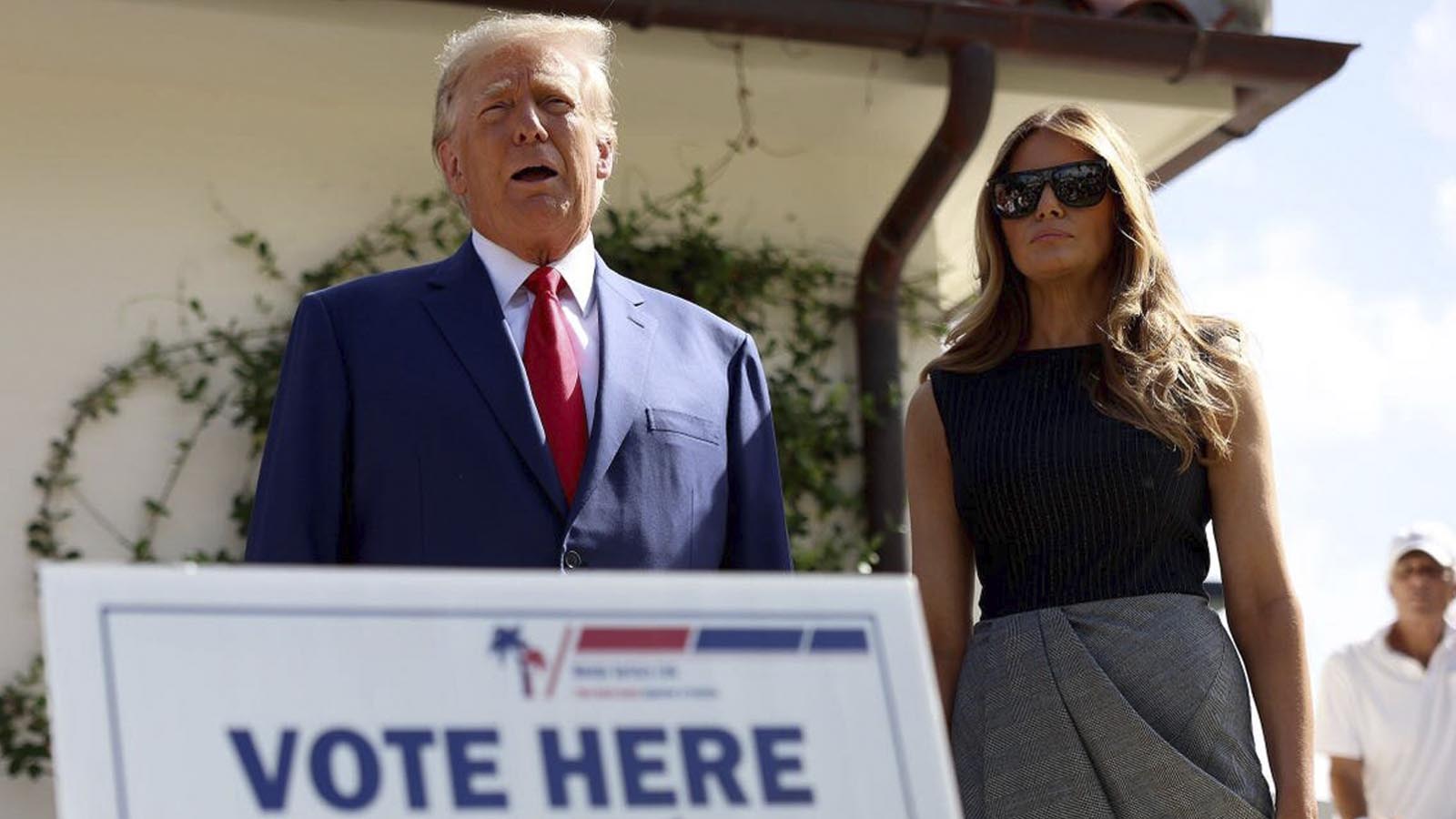 Former President Donald Trump has responded to media reports that he was furious with his wife for asking him to support Dr. Mehmet Oz, who was defeated by Democrat John Fetterman, for the job of Senator from Pennsylvania.

“I’d like to apologize to Melania and Sean Hannity for all of the Fake News and fictional stories (made up out of thin air, with no sources despite them claiming there are!), being dumped on you by reporters and ‘News’ Organizations who know these stories are not true,” he said on his Truth Social page on Thursday.

“The Fake News Media is ‘Crazed’ and totally out of control. I only wish the public could understand how really corrupt and crooked they are. They MAKE UP stories and then push them down your throats. Our Country is in big trouble!” he said.

The statement came after there were reports that the former president had blamed his wife for the endorsement of Oz in Pennsylvania.

“There is a Fake Story being promulgated by third rate reporter Maggie Hagaman of the Failing New York Times, that I am blaming our great former First Lady, Melania, and Sean Hannity, that I was angry with their pushing me to Endorse Dr. Oz. First of all Oz is a wonderful guy who really worked hard and was a very good candidate, but he WAS LONG IN THE RACE before I ever Endorsed him, they had NOTHING to do with it, he was not a ‘denier’ (his mistake!), & I was not at all ANGRY. Fake News!” he said.

He was referencing a tweet by Haberman who used “people close to him” as a source, but never named who those people are.

“Trump is indeed furious this morning, particularly about Mehmet Oz, and is blaming everyone who advised him to back Oz — including his wife, describing it as not her best decision, according to people close to him,” she said.

“There are people pushing Trump to reschedule his announcement next week, and several Rs have texted asking whether he will, but it’s risky and would be acknowledging he’s wounded by yesterday, something that some of his advisers insist is not the case,” the reporter said.

“Worth remembering that Trump is a grown man who endorsed Oz over the objection of some of the people closest to him, and instead went beyond just endorsing and attacked Dave McCormick from the stage at a rally,” she said.

Trump is indeed furious this morning, particularly about Mehmet Oz, and is blaming everyone who advised him to back Oz — including his wife, describing it as not her best decision, according to people close to him.

Fox News was among the websites that reported the story that the former president has denied.

According to a report, former President Donald Trump was “furious” Wednesday over the disappointing showing by Republicans nationally, and blames people in particular who advised him to back Dr. Mehmet Oz in the Pennsylvania Senate race, including the former president’s wife, Melania.

Oz went down in defeat to Pennsylvania Democrat John Fetterman in the state’s closely watched Senate contest, a bruising loss for Republicans trying to win back a Senate majority. Fetterman’s win allowed Democrats to pick up the seat held by retiring Sen. Pat Toomey, R-Pa.

New York Times reporter Maggie Haberman, known for her access to Trump and his orbit, tweeted Wednesday, “Trump is indeed furious this morning, particularly about Mehmet Oz, and is blaming everyone who advised him to back Oz – including his wife, describing it as not her best decision, according to people close to him.”

“Oz, who rose to fame as a TV doctor but had no prior political experience, earned Trump’s endorsement in the Pennsylvania Senate primary over Dave McCormick. Despite trailing in polls throughout the year, Oz’s contest was viewed as a possible win by Republicans against Fetterman, who was hit for his lack of transparency over his recovery from a stroke, inconsistent answers on issues like fracking and a widely panned debate performance last month, Fox said.

“Campaigning throughout our great Commonwealth was the honor of a lifetime, and I will cherish the memories and the people I met,” Oz said after he conceded to Fetterman. “We are facing big problems as a country and we need everyone to put down their partisan swords and focus on getting the job done … As a Doctor, I always do my best to help others heal. That’s why I ran for Senate. I hope we begin the healing process as a nation soon.”