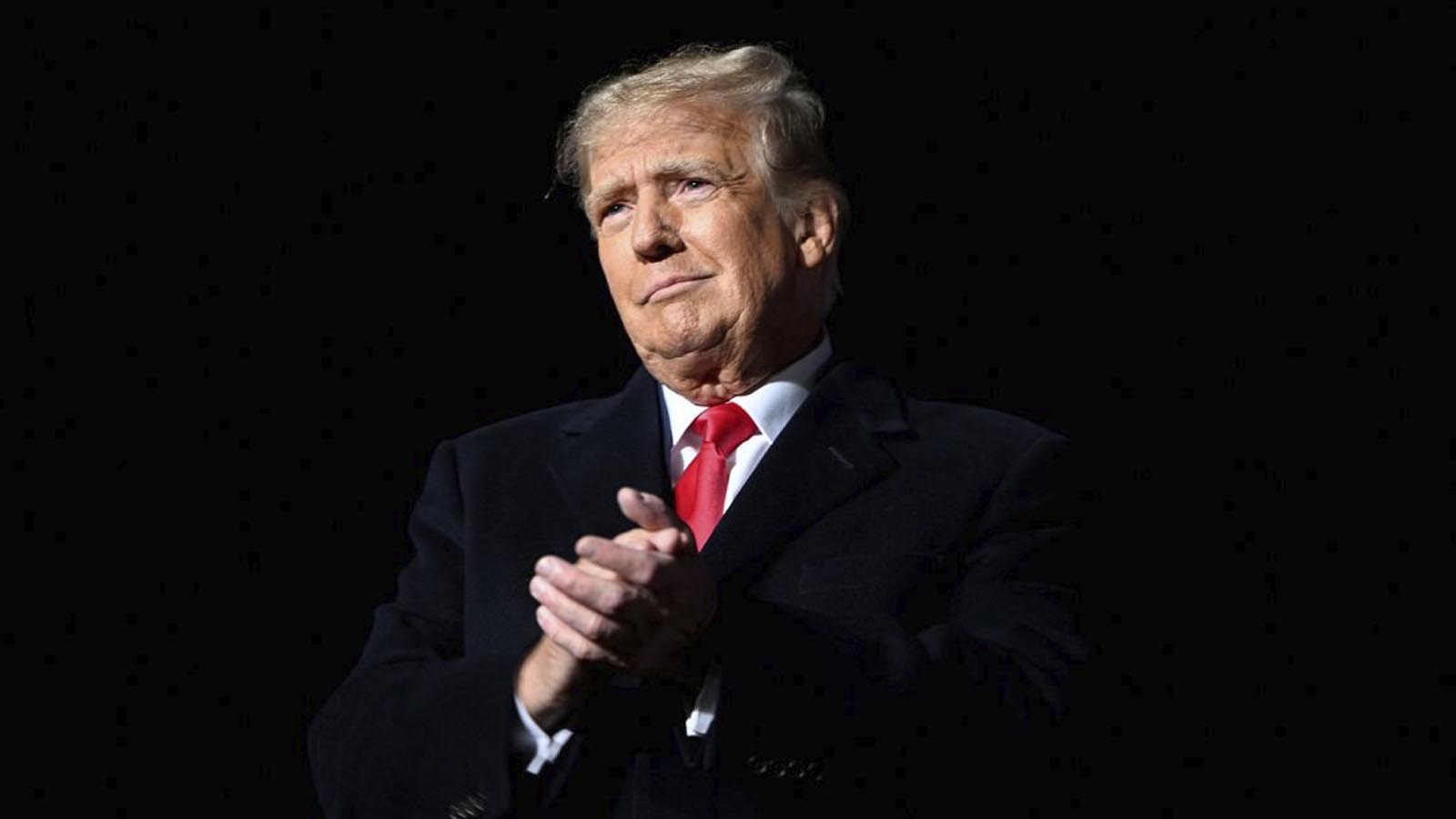 These are the words of a senior adviser to Donald Trump in teasing a big announcement by the former president next week. By all appearances, Trump has not taken to heart the criticisms hurled his way in the aftermath of the Republican Party’s tepid performance this past Tuesday. Indeed, it seems to be damn the election results, full steam ahead. 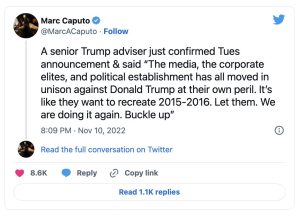 Now, in light of what happened just this past Monday, you need to ask yourself: is this another rope-a-dope situation? That night — Election Eve — Trump traveled to Dayton, Ohio, to stump for Republican JD Vance (now known as Senator-elect JD Vance). Speculation ran rampant in the hours leading up to the former president’s arrival that he would use the occasion to announce another run for the White House. There were even chairs set up — with name placards in clear view for the benefit of the media — for most of the Trump family. The stage was set for A Big Trump Moment.

The thought of a pre-election announcement was, of course, met with horror by many on the right, who believed such an announcement would suck the air out of many midterm races. Would Trump be callous enough to take the spotlight off his fellow Republicans and shine it solely on himself, just hours before voters headed to the polls?

Thankfully, Trump mostly used his time on the stage that night to rally for Vance. But, he coyly alluded to a 2024 run.

“I’m going to be making a very big announcement on Tuesday, November 15th, at Mar-a-Lago in Palm Beach, Florida,” Trump said at an election eve event in Dayton.

We’re now a few days past the GOP’s election underperformance. Any talk of 2024 now has to include Ron DeSantis after his complete electoral dominance in Florida. Some say DeSantis has to wait his turn, while others urge the governor to seriously consider a White House run. (And, let’s face it, Trump’s ill-advised “DeSanctimonious” barb didn’t help Trump, especially since he’s considered the leader of the Republican Party. Some breaking news on that front here.)

Trump is facing serious headwinds in the form of fellow Republicans voicing their lack of support for him, urging him outright not to run or to at least delay his announcement until after the Georgia senate runoff on December 6.

It’s clear that a battle is brewing, and the opening shot may be fired next Tuesday. You might be asking why Trump has chosen November 15th for a possible announcement. Some theorize he is tan, rested, and ready, having carried a light campaign load this election cycle, unlike potential rivals like Ron DeSantis, who are coming off of months on the campaign trail. An announcement so soon after the election could be an effort to beat everyone to the punch.

Then there’s Mike Pence, his former vice president and possible 2024 presidential rival. Pence’s new book, “So Help Me God,” is being released on — you guessed it — November 15. The book is sure to have some unsavory anecdotes about Trump’s time in the White House — so the date of his announcement is surely meant to control the news cycle that day and downplay his vice president’s barbs.

The presidential election cycle is upon us. Buckle up, indeed.