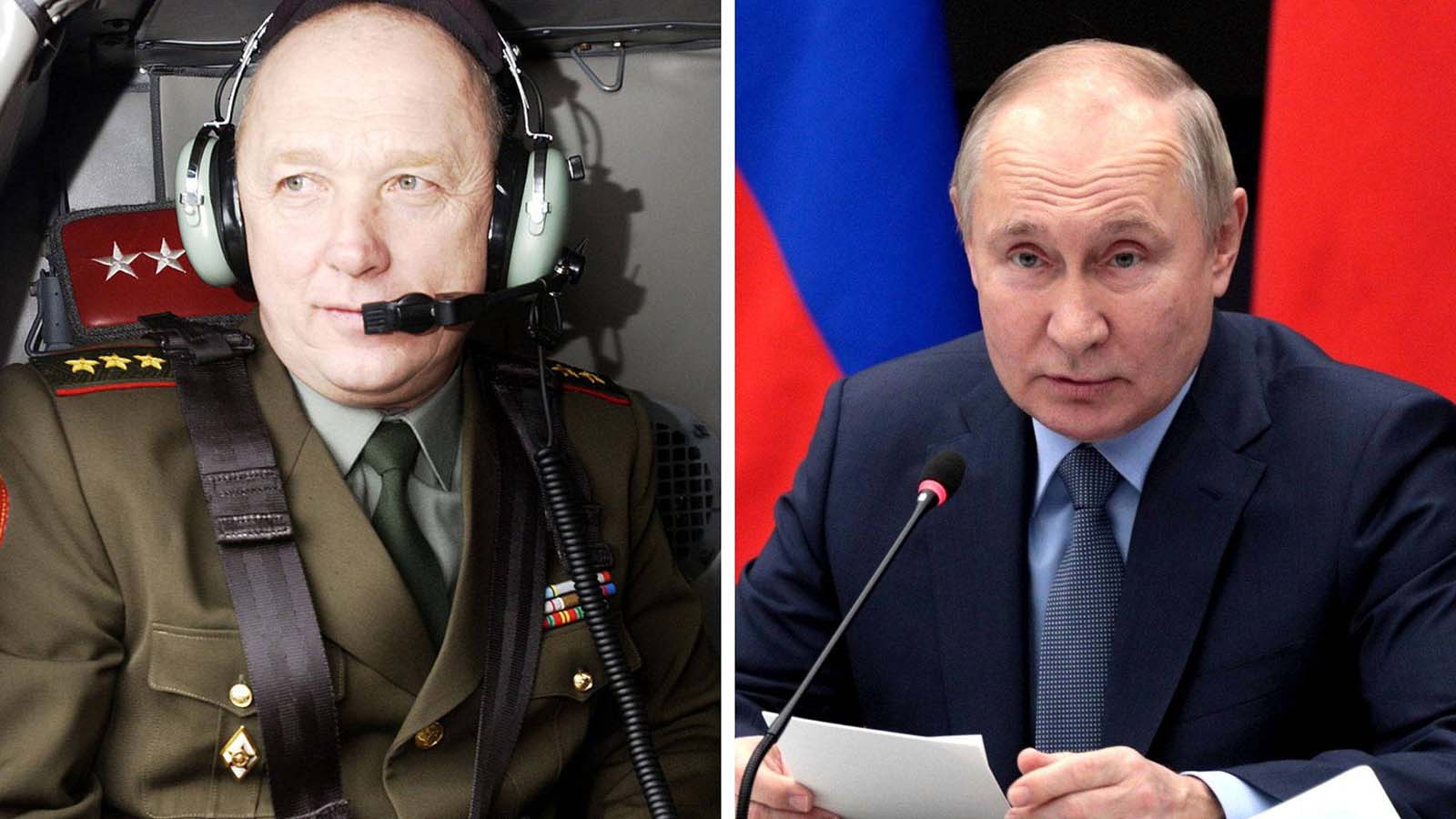 A former commander of Russian ground forces with close ties to Ukraine died ‘suddenly’ the day after Vladimir Putin abruptly cancelled a trip to the tank enterprise where he worked as an international sales ambassador.

Alexei Maslov, 69, passed away on Christmas Day in a Moscow military hospital, the Uralvagonzavod plant announced.

From 2008 he has acted as Russia’s chief military representative to NATO, RBC reported.

Maslov had been commander-in-chief of Russian ground forces between 2004 and 2008.

At NATO in Brussels he worked alongside Dmitry Rogozin, an official close to Putin who was abruptly removed in the summer as head of the Russian Space Agency, Roscosmos.

Putin had been due to fly to the Uralvagonzavod plant in Nizhny Tagil – which has been criticised by the Kremlin for failing to produce sufficient new tanks for the war in Ukraine.

However, the Russian president aborted the Christmas Eve trip ‘at the last minute’ with no explanation, according to local reports.

In recent years Maslov worked as a ‘special representative of Uralvagonzavod for military-technical cooperation’, the company wrote on Telegram.

Rogozin – recovering in hospital from injury in a Ukrainian shell attack last week – praised Maslov as ‘a very experienced military man, a demanding commander, and a good person’.

Buzakov’s death was described as ‘sudden, untimely and tragic’.

A regional politician and sausage tycoon known as Russia’s top-earning elected representative Pavel Antov, 65, fell to his death from a window in an Indian hotel in another case that has aroused suspicion.

He had labelled Russian missile strikes on Kyiv as ‘terror’ – before suddenly withdrawing his comment.

A series of recent giant explosions and fires at strategic locations have also raised suspicion of ‘sabotage’ against Putin’s regime.

Anti-war channel Gorod Glypov, with more than 240,000 subscribers, described the deaths as ‘incomprehensible’.

It claimed a brutal process of ‘cleansing’ to wipe out unwanted people was underway.

Russia was ‘in a season of accidental window falls, unexpected deaths and ‘regular’ fires’, it stated sarcastically.

He ‘remained faithful to the cause and the Fatherland until the last day’.

He had studied in Ukrainian city Kharkiv, and was later stationed in the Carpathian Mountains.