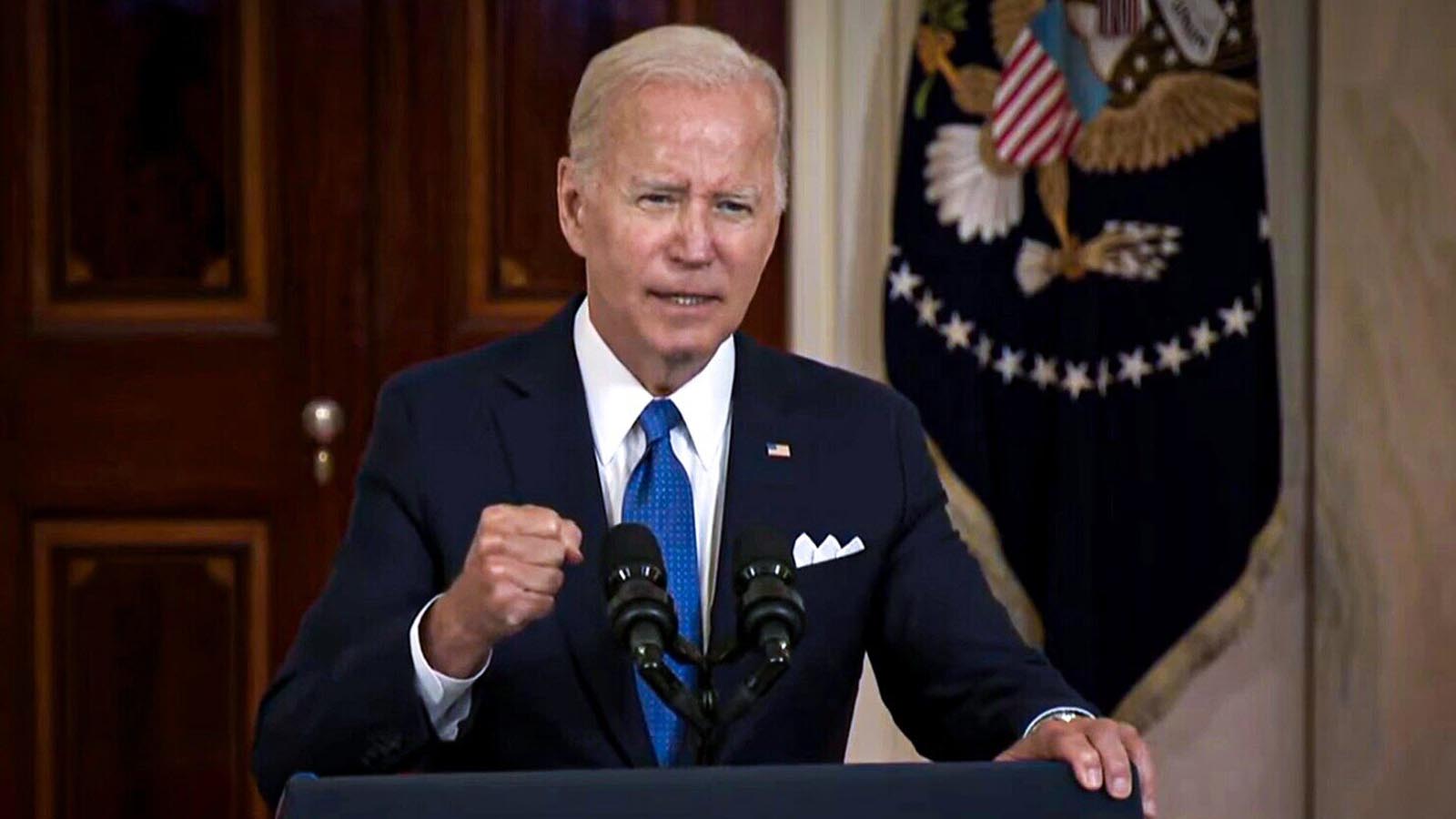 A number of top Democratic politicians are positioning themselves for the 2024 election as party officials quietly wonder if President Joe Biden is the right candidate to put forward again.

Three senior Democratic officials told the Washington Examiner that Biden’s current economic quagmire, coupled with a series of legislative and judicial defeats ranging from voting rights to abortion access, has forced Democratic voters to question whether Biden is the “right man for the job.”

“President Biden’s 2020 campaign had a clear goal that rallied voters across the nation: remove Donald Trump from the White House,” one official stated. “2024 won’t be nearly that cut and dry. It’s not a complete certainty that Trump will run again, and the president has yet to make good on the bulk of his campaign promises. It’s hard to see him not at least being challenged before the general, even if it’s meant just to send a message from the electorate.”

A woman who is a Democratic official explicitly said that she was “disappointed” with Biden’s reaction to the Supreme Court overturning Roe v. Wade. The president’s real options for federally protecting abortion access are extremely limited, she conceded, but “his response can’t simply be: ‘Just go out and vote again in November.'”

“We wanted to see him angry,” she continued. “Seeing his complete resignation to letting our bodily autonomy disappear, it feels like a betrayal. I don’t know a single woman who would vote for him again given other options.”

A third staffer simply noted that Biden, the oldest ever first-term president, would turn 82 shortly after the 2024 election and should start thinking about “handing reins” to the younger generation of Democratic leaders.

The White House has publicly stated that the president plans to run again in 2024, but three Democrats in particular have signaled in recent days they would at least consider backing another candidate — or even run themselves.

Rep. Alexandria Ocasio-Cortez (D-NY), the 32-year-old “Squad” leader who gained a national spotlight by successfully primarying House Democratic Caucus Chairman Joe Crowley in 2018, told reporters in June that she was not ready to “cross that bridge” and endorse another Biden run.

Ocasio-Cortez is one of the most outspoken progressive Democrats in government and, unlike Biden, reacted with venom to the Supreme Court’s Dobbs v. Jackson Women’s Health Organization ruling. She outright called for expanding the Supreme Court to counter the conservative imbalance set by the Trump administration and, alongside Sen. Elizabeth Warren (D-MA), has been a leading voice lobbying the White House to explore setting up abortion clinics on federal land.

The New York congresswoman will turn 35 less than a month before the 2024 election. If she won the nomination and in November, she would be the youngest person ever elected president.

Furthermore, Pritzker delivered a rare out-of-state speech in New Hampshire in June where he pressured Democrats to take an un-Biden-like approach to challenging Republicans on the national stage.

“The Republican Party is so afraid of the power and influence women have achieved in our society that they are seeking to shame and criminalize your very autonomy,” he told attendees. “I’m here to tell you that the GOP is naked and afraid.”

“I urge all of you living in Florida to join the fight — or join us in California, where we still believe in freedom: freedom of speech, freedom to choose, freedom from hate, and the freedom to love,” Newsom says in the spot. “Don’t let them take your freedom.”

Still, some Democrats are actively pushing back on the “primary Biden” narrative.

Cedric Richmond, who resigned as Biden’s director of public engagement to join the Democratic National Committee earlier this year, claims that party members’ questioning of Biden’s fitness is the “same foolishness that got us Donald Trump.”

“‘Hillary wasn’t good enough,’ ‘She’s not fighting hard enough,’” he said in a statement. “That’s what got us Donald Trump, and that got us Neil Gorsuch, Brett Kavanaugh, and Amy Coney Barrett. Case closed.”

Rep. Ro Khanna (CA), another liberal member less than enthused by Biden’s lack of legislative track record, says that the president “didn’t get there by accident.”

“He’s the leader of our party. He defeated Donald Trump,” Khanna said in an interview this week. “He’s owed a degree of respect, and I say that as someone to his left. There’s a tone in which to challenge the administration and offer new ideas, and that tone ought to be one of good faith to help the president, not throwing darts to weaken him when he’s the leader of our party.”

Khanna served as Sen. Bernie Sanders’s (I-VT) campaign chairman in 2020, and a number of left-wing Democrats have pressured him to launch his own presidential campaign should Sanders not challenge Biden in 2024.