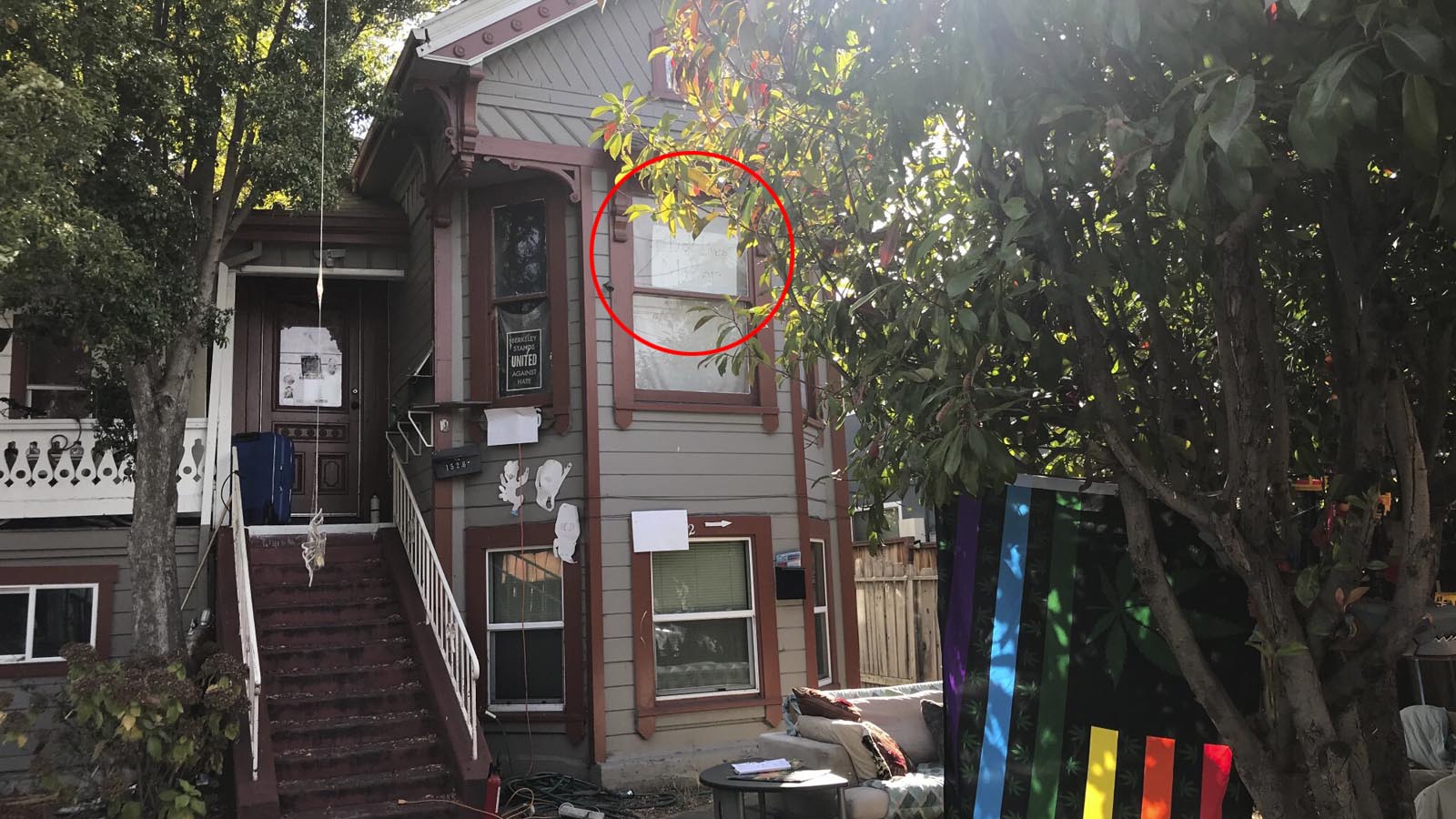 To preface everything that’s about to be written here: Any person with a heart and conscience should be praying for the swift and total recovery of Paul Pelosi, husband of House Speaker Nancy Pelosi.

With that out of the way, it needs to be said: Any person with a pair of functioning eyes and a brain should be questioning just what in the world happened at the Pelosi residence on Friday.

Because the initial story that the American people have been sold — that David DePape’s alleged attack on Pelosi was politically motivated — is a dubious one, at best.

Look no further than the photo that has begun circulating of the “hippie commune” where DePape, 42, allegedly lived:

The New York Post reported that DePape “possibly lived in” this house. KTVU-TV reporter Evan Sernoffsky confirmed that DePape lived there at one point.

A homemade “Black Lives Matter” sign in the window on the right? A sign that reads “Berkeley Stands United Against Hate” on the left? A rainbow American flag adorned with marijuana leaves? Those aren’t the calling cards most would associate with the alt-right.

But let’s say that DePape never lived there or hasn’t lived there for a while. Remove those signs and flags, and we have the perfect caricature of a conservative loon, right?

As the liberal rag Los Angeles Times noted, DePape did often dabble in conspiracy theories that many would associate with the furthest corners of the right. QAnon and “Pizzagate” were both brought up in connection with DePape’s blogs.

Inti Gonzalez, DePape’s stepdaughter identified by the Post and CNBC, took to Facebook to shed more light on the suspect.

“My mother and father’s romantic relationship lasted about 3 years but he stayed and helped take care of us. When I was about 13 my mother kicked David out because of his toxic behavior,” Gonzalez wrote.

“6 months later Nebosvod, the middle brother, started getting memories of David physically and sexually abusing me and my brothers, which started when we were very young and continue until around 2008, when I was 7.”

There’s an argument to be made that DePape is a heinous monster who should be locked up. But to paint him as a tool of conservatives? That’s so wrong and such dangerous rhetoric.

Based on everything about DePape that has come to light, to call him conservative in any way is wildly misleading.

To call him a mentally unstable person who needs help? More than fair.

To be clear, it would be unfair and inaccurate to suggest that this heinous assault was staged or planned. Given that Pelosi, 82, needed to go in for surgery to fix a skull fracture, that would be quite the commitment to a bit.

However, it’s fair to suggest that something isn’t adding up and that more details and transparency are needed, especially if the left is going to use this attack as some sort of smear campaign against conservatives.

“[There’s reports] that the same chant was used by this guy that they have in custody that was used on Jan. 6, the attack on the U.S. Capitol,” President Joe Biden said in remarks to the Pennsylvania Democratic Party, according to Politico.

Here’s what we know for certain:

Paul Pelosi was attacked but should recover fully. David DePape allegedly perpetrated this attack. All signs point to DePape being a rambling, incoherent conspiracy theorist (read: not of sound mind).

To suggest anything else, like motive, is reckless and irresponsible, particularly in today’s tense political climate.

So it should be no surprise that leftists are doing exactly that right now.