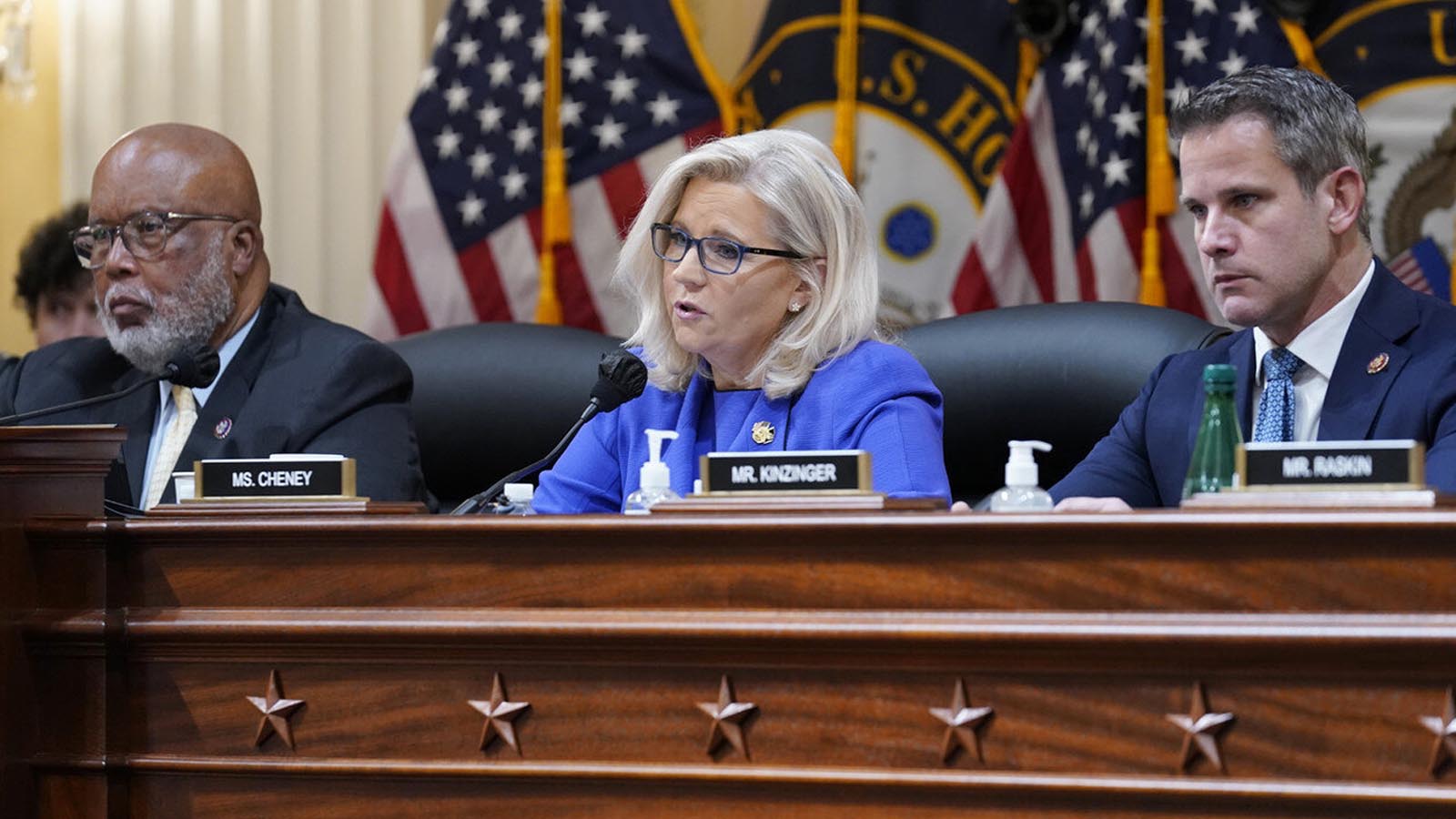 The January 6 Committee about the riot at the Capitol building in 2021 announced on Tuesday they will postpone Wednesday’s scheduled hearing due to Hurricane Ian making its main impact on Florida during the same day. 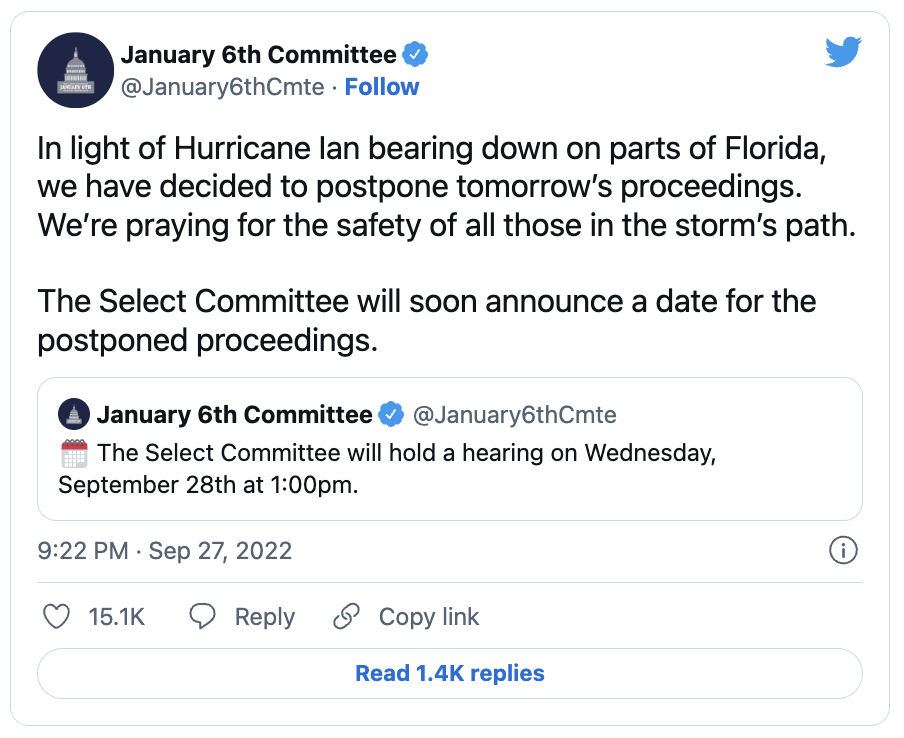 But it turns out it was more than just optics about holding an overtly political committee hearing while parts of the country face a natural disaster.

PBS NewsHour Correspondent Lisa Desjardins reported the January 6 Committee did not like the fact cable news coverage would be mainly focused on the hurricane.

One was Rep. Murphy and her district. The second was that cable news would be more focused on hurricane coverage through the day.

Heaven forbid you have to share airtime with a hurricane https://t.co/Efhv4jS1Vp

The super-urgent work of saving Democracy must be postponed because of a hurricane a thousand miles away? 🤷‍♂️https://t.co/d8TTqUoaZ6

Hurricane Ian is expected hit the Tampa Bay area of Florida hard, which has been a cause of extra concern since the region has not been directly hit by a hurricane in many decades and the influx of new Florida residents who have never experienced such a storm.