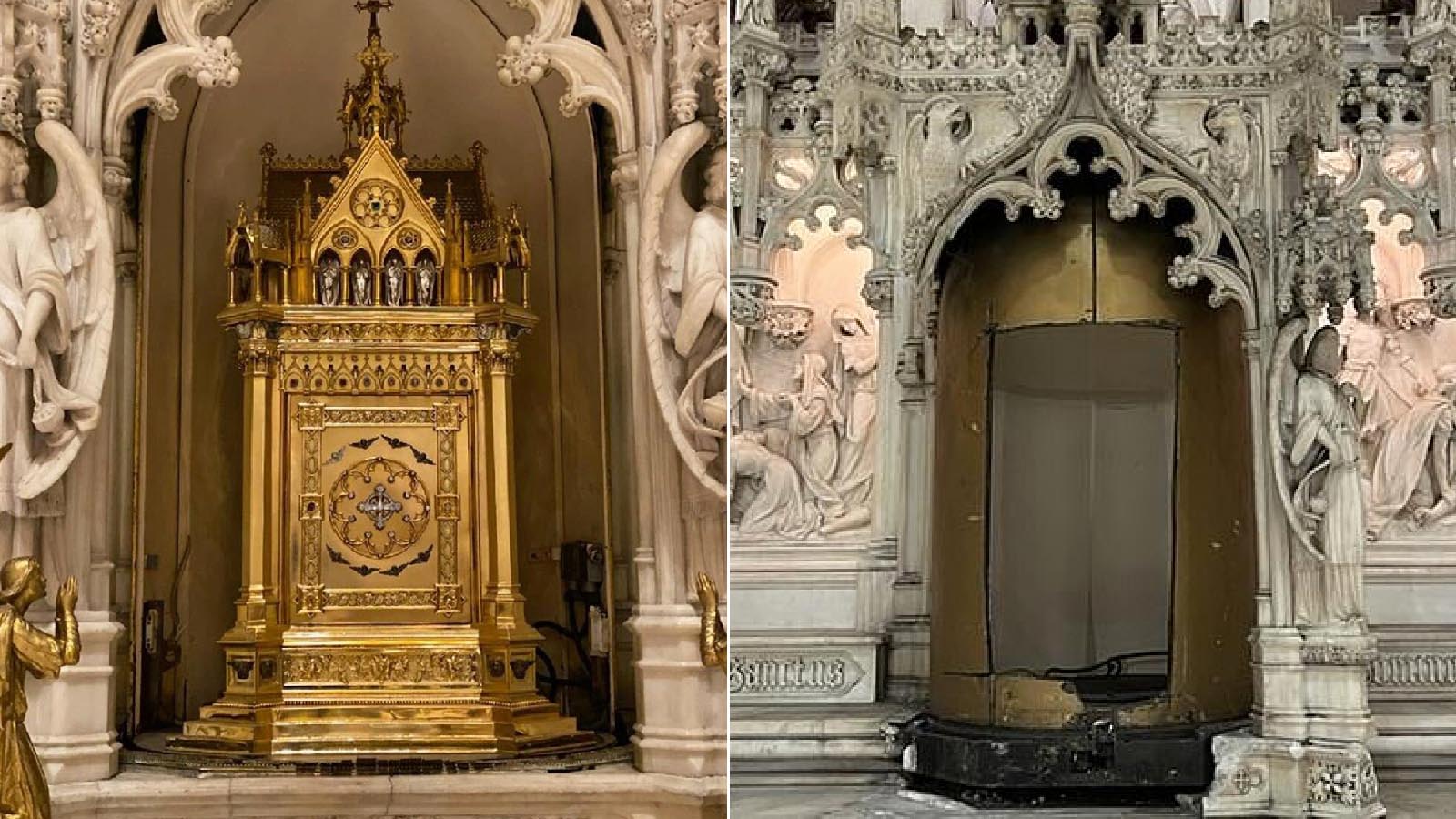 The tabernacle at the church dates back to the 1890s.

This was just the latest attack on a Catholic Church in recent months.

Thieves stole a jewel-encrusted solid gold tabernacle worth $2 million from a Brooklyn church – and also beheaded one of its marble angel statues.

The tabernacle – a large structure that holds the Eucharist in the form of a blessed host – sat under a domed archway inside the church. The giant structure was hidden by what appears to be a revolving gold door, which now has a large rectangular cutout where the thieves drilled into to access it.

Adding to reports of damage to Catholic churches nationally, St. Bartholomew the Apostle in Katy, Texas reported its tabernacle was stolen two weeks ago.