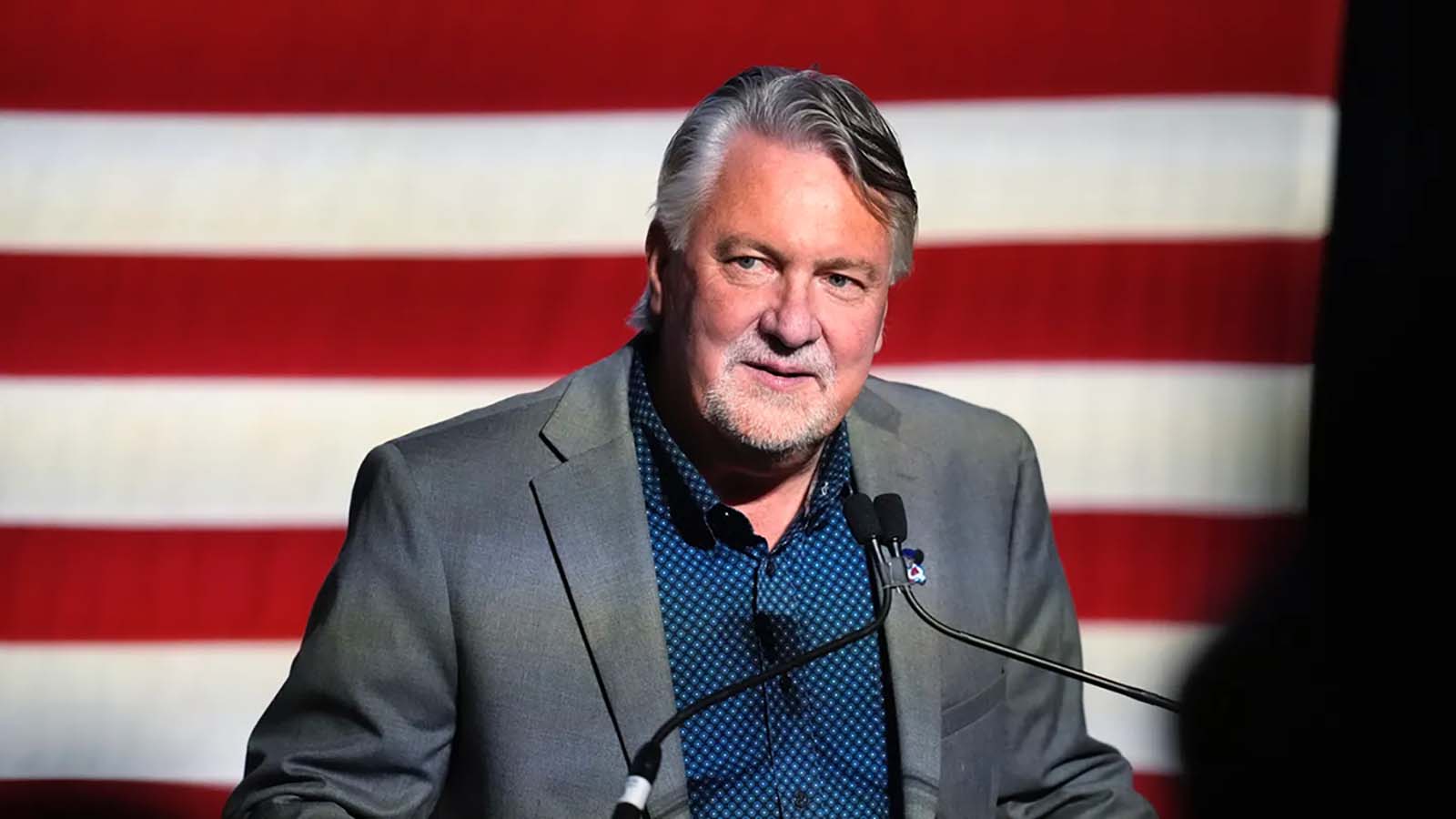 The former president, who remains the most popular and influential politician in the Republican Party, criticized O’Dea as a RINO (Republican in name only), called him “stupid,” and argued that his supporters wouldn’t back the Denver area construction company owner and first-time Republican candidate as he challenges Democratic Sen. Michael Bennet.

While Trump may not think much of O’Dea, the Senate Leadership Fund, the top pro-Senate Republican super PAC, apparently does. The group, which is aligned with Senate Republican Leader Mitch McConnell, last week funneled $1.25 million to a pro-O’Dea super PAC and said in a statement that it thinks that Bennet is “vulnerable.”

While the high-profile Senate showdowns in the battleground states of Pennsylvania, Georgia, Arizona, Nevada, Wisconsin and North Carolina, as well as the expensive faceoffs in competitive states such as Florida, Ohio and New Hampshire have hogged the national political spotlight, the contest in Colorado may be a sleeper in the battle between the Democrats and Republicans for the Senate majority. And the race in Colorado may not be the only contest that could offer a surprise in next month’s midterm elections.

A day after O’Dea – a fiscal conservative who supports beefed up border security and cracking down on crime but who’s socially moderate on abortion and same-sex marriage – said in a Sunday talk show interview on CNN that he’d “actively” campaign against Trump and for other GOP candidates if the former president runs again in 2024, Trump shot back on social media, saying “MAGA doesn’t Vote for stupid people with big mouths.”

Hours later, in a statement to Fox News and other organizations, O’Dea returned fire, writing, “President Trump is entitled to his opinion, but I’m my own man and I’ll call it like I see it. Another Biden-Trump election will tear this country apart. DeSantis, Scott, Pompeo or Haley would be better choices. These elections should be focused on Joe Biden’s failures supercharged inflation, a broken border, rampant crime, a war on American energy, not a rehash of 2020.”

Staying laser-focused on inflation, energy prices, the border crisis and crime has kept competitive a race in a state that President Biden carried by 13 points two years ago. An average of the latest public opinion polls compiled by Real Clear Politics indicates Bennet with a 7.7-point lead over O’Dea.

Today, I dropped by canvass kickoffs and grassroots events in Boulder, Littleton, and Westminster. Thank you to everyone helping us get out the vote from now until Election Day! pic.twitter.com/hgwDEaZSsI

“We’ve been monitoring Colorado and we like what we see there,” Senate Leadership Fund president Steven Law told Fox News. “We think Michael Bennet is vulnerable.”

But it’s not just Republican outside groups that are spending in Colorado. Pro-Democratic super PACs have dished out seven figures to boost Bennet.

“If there’s a sleeper upset potential for Republicans, Colorado is likely to be it,” Kyle Kondik, managing editor of the nonpartisan political handicapper Sabato’s Crystal Ball at the University of Virginia Center for Politics, told Fox News.

Colorado has leaned blue in recent election cycles, but it was only a decade and a half ago that it was a competitive western battleground. But in Washington state, it’s been nearly 30 years since a Republican has won a Senate election in the blue state.

Tiffany Smiley, who like O’Dea is another first-time candidate, is aiming to break the losing streak.

While Smiley – a military wife, nurse and veterans rights advocate – trails Sen. Patty Murray by the upper single digits in an average of the latest polls, she outraised the longtime Democratic incumbent by roughly $2.3 million in the past three months.

“I am blown away and humbled by the groundswell of support we have received,” Smiley emphasized in a statement.

Republicans have argued for over a year that Murray could be vulnerable with the right GOP challenger and if the money flowed.

“That sort of thing catches your eye,” Kondik said, as he pointed to Smiley’s surge in fundraising.

Reliably red Utah could be another wild card in this year’s battle for the Senate majority.

Independent candidate Evan McMullin trails two-term conservative Republican Sen. Mike Lee by just a few points in the latest surveys, in a race where the Democrats decided against fielding their own candidate. And Utah’s other senator, Republican Mitt Romney, has pointedly not endorsed Lee, who supported Trump’s efforts to overturn his 2020 election loss to Biden.

Adding to the drama, if McMullin ends up pulling off the upset, his pledge not to caucus with either the Democrats or Republicans would complicate the battle for the Senate majority.

In Iowa, the latest Des Moines Register poll in the state’s Senate races is turning heads, as it indicates 89-year-old Republican Sen. Chuck Grassley – who’s served in the Senate for four decades – up by only three points over Democratic challenger and retired Navy Adm. Mike Franken.

“Iowa has become more Republican over time,” Kondik noted. But he added that “Grassley probably not getting the same crossover which he used to.”

The poll indicates a closer Senate contest than many believed and that Grassley’s facing his toughest re-election to date, losing a chunk of support from independent voters and six in 10 saying his age is a concern. But the poll has yet to trigger any outside spending by pro-GOP groups to defend the longest serving Republican in the chamber.