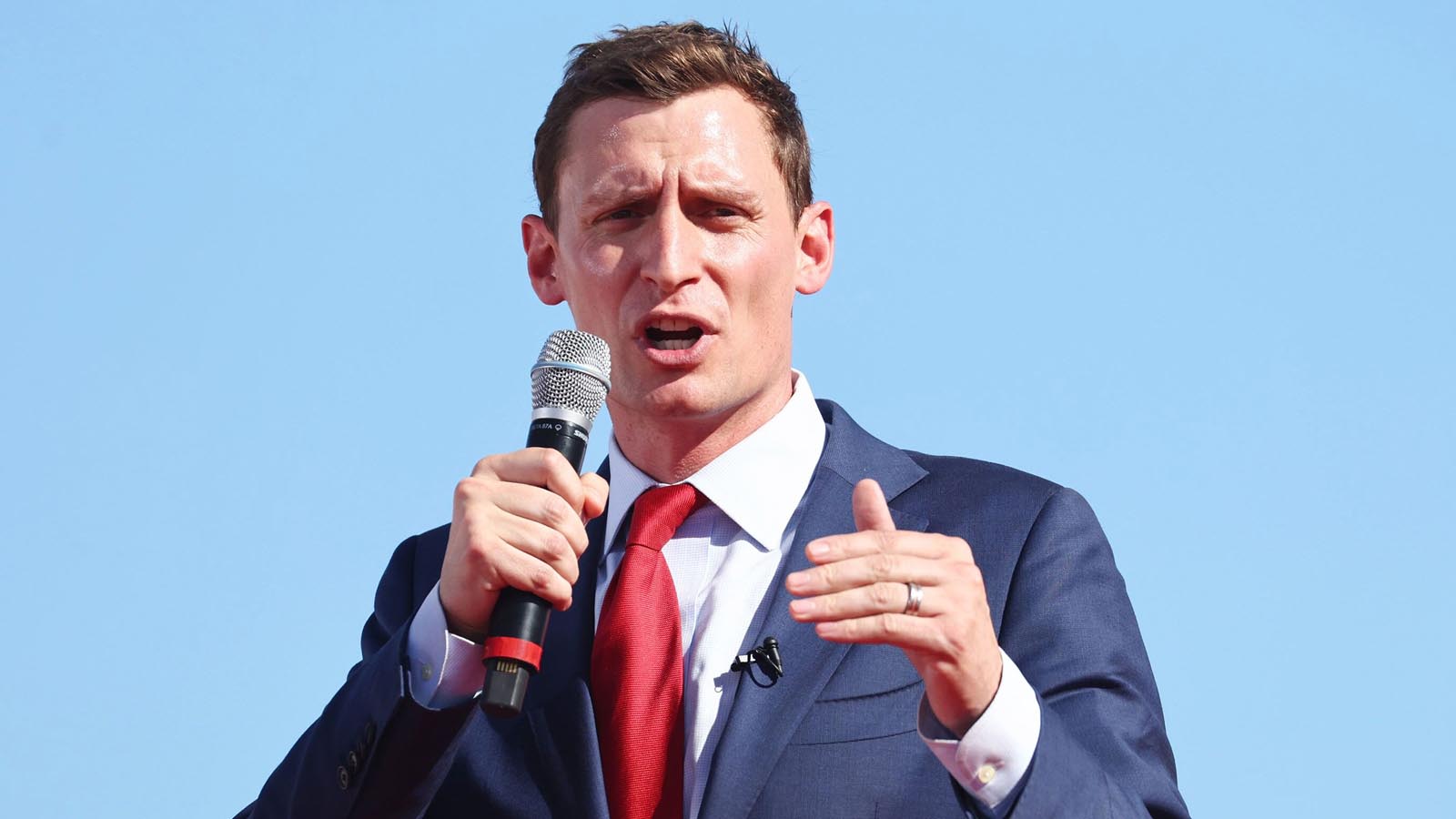 In Republican Blake Masters’ challenge to incumbent Democrat Senator Mark Kelly’s U.S. Senate seat in Arizona, the number crunchers at the Cook Political Report have moved their rating for the critical battleground race back into its “Toss Up” column this week.

With just days remaining in the midterm campaign season, CPR’s Jessica Taylor explained why the last-minute change in the race’s rating — moving it in the GOP’s direction from “Lean Dem” — was made: “a spate of tightening private polling that has left Democrats worried about one of their strongest incumbents.”

The Kelly v. Masters race — currently showing the GOP challenger just 1.5 points behind the Democrat incumbent in the RealClearPolitics polling average — was one in which CPR notes the “writing was on the wall, or so it appeared after the McConnell-backed Senate Leadership Fund pulled their remaining ad buys from the state.” But thanks to help from groups like the Heritage Foundation and Masters’ ally Peter Thiel, Masters has remained active and competitive in the Grand Canyon State.

Still, the Cook Political Report notes that disparity in ad spending between GOP and Democrat entities in the Arizona U.S. Senate race:

Kelly and allied Democratic groups have outspent Masters and Republicans by a two-to-one margin, $44.4 million to $22.7 million. But the Democratic hard dollars Kelly has placed with his massive war chest — almost $22 million, accounting for half of the total — have reached far more voters than the outside GOP money has. The Schumer-aligned Senate Majority PAC has spent $12.2 million from Sept. 6-Oct. 25, with almost $4.7 million added from the DSCC. Heritage’s Sentinel Action Fund bought $6.1 million in ads, while Theil’s Saving Arizona added almost $4.7 million, in addition to $3.6 million from the NRSC. Trump’s MAGA Inc. PAC bought $1.9 million as well.

So, while outspending Masters and his Republican allies by two-to-one, Sen. Kelly has managed to remain just…1.5 points ahead as the campaign enters its final days. That makes Democrats wonder what the race would look like if Kelly and Democrat groups weren’t burning through piles of cash to keep Kelly competitive.

A poll out this week from left-leaning polling group Data for Progress showed Sen. Kelly in a dead heat, tied with his GOP challenger — adding more fears for Democrats in Arizona and across the country watching their hopes of stemming losses fade away in the shadow of what is seemingly a growing red wave.

The Hill’s report on the Data for Progress poll added that a similar situation to what’s been seen in Pennsylvania’s U.S. Senate race between Dr. Mehmet Oz and Lt. Governor John Fetterman has been playing out in Arizona. “Kelly had led Masters, who has the support of former President Trump, by as many as 7 percentage points a month ago,” their report notes. “But Kelly’s lead has shrunk steadily over recent weeks and the former astronaut is now in a tie with Masters.”

Seemingly, as undecided voters tune into the midterm melees playing out in battleground states in order to make their final decisions before Election Day, they’re breaking significantly for Republicans. Whether that’s due to crime and drug crises, economic tumult, the open border, or radical policy proposals from Democrats, it’s clear that the closing pitch so far from Democrats has not been a winning message.

As Arizona’s GOP gubernatorial nominee, Kari Lake, surges to an 11-point lead in Arizona and the latest InsiderAdvantage poll in Pennsylvania shows Oz up three points over Fetterman, Republicans are feeling and looking better than they did one month or more ago. Now what remains to be seen is whether this GOP momentum stays steady or even increases in the final 11 days of the campaign, or if there are any final October surprises lying in wait that could upset the current trend.