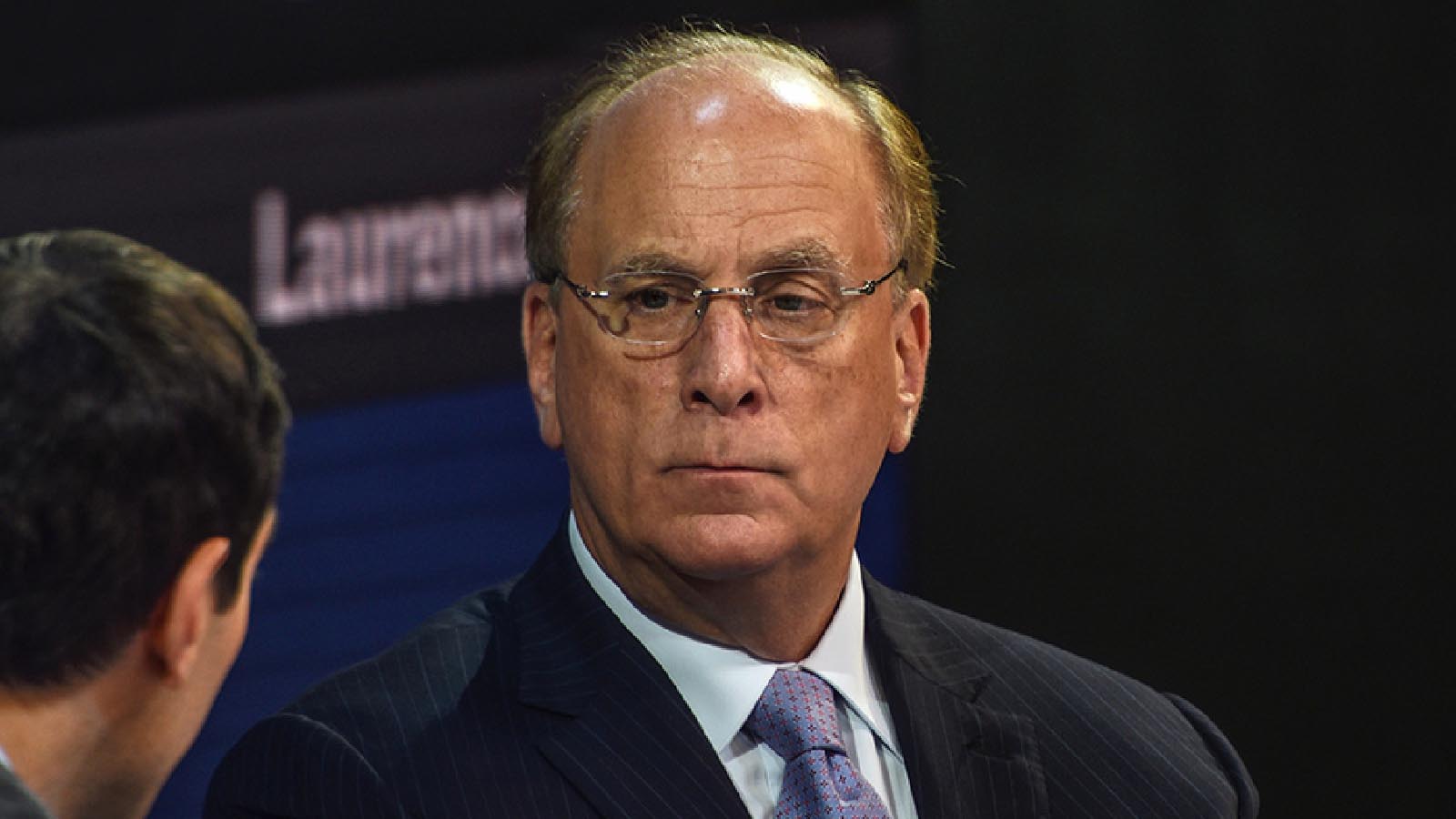 BlackRock controls more assets than any other investment management firm on Wall Street, with about $10 trillion now under management. (Yes, that’s “trillion” with a “t.”)

BlackRock has used much of this wealth to seize control of sizeable minority stakes in numerous publicly traded companies, making BlackRock and its CEO, Larry Fink, the most powerful forces in corporate America. When BlackRock and Fink speak, Wall Street listens.

There is emerging evidence, however, that BlackRock’s influence is not limited to the corporate and financial spheres. After years of building political alliances and making a laundry list of strategic hires, BlackRock has managed to amass huge amounts of political clout within the Biden administration and U.S. Federal Reserve, allowing them to develop unprecedented strategic partnerships and, according to our new research, gain access to officials in the White House.

Earlier in June, we conducted a detailed analysis of key players at BlackRock and their potential relationships with figures within the Biden administration. Our most important finding reveals that a top executive at BlackRock’s Investment Institute not only has deeply personal ties to White House staff, he has also frequently visited the White House, participating in closed-door meetings with staff from the Office of Cabinet Affairs and the National Security Council.

According to an investigation of White House visitors logs, Thomas E. Donilon — chairman of the BlackRock Investment Institute (BII), BlackRock’s personal think tank dedicated to assessing geopolitical investment risk — met with Biden administration officials at least eight times from March 2021 to November 2021, and perhaps on other occasions as well. White House logs show a “Thomas N. Donilon” visited with Biden administration officials at least twice, and a review of that name suggests it is likely the same person as Thomas E. Donilon.

Further, because White House logs are often made available to the public months after meetings take place, it is possible Donilon has met many times in recent months, but that we are not yet aware of the meetings.

Although the contents of these meetings have largely remained a mystery, their secrecy, Donilon’s professional background, and his current role at BlackRock all raise important questions about the potentially corrupt nature of the gatherings.

Donilon has been an important figure in U.S. foreign policy for many years. Most recently, he served under President Barack Obama as his national security advisor. He also worked for Hillary Clinton’s 2016 presidential campaign and was reportedly on Biden’s short list of nominees to become the next CIA director.

In large part because of his extensive experience in government, and likely because of his connections to establishment Democrats, BlackRock hired Donilon to be its chairman of BII, which, according to BlackRock’s website, “leverages the firm’s expertise and generates proprietary research to provide insights on the global economy, markets, geopolitics and long-term asset allocation – all to help our clients and portfolio managers navigate financial markets.”

In other words, Donilon’s job is to help BlackRock clients make money and protect their assets by having access to important information about foreign affairs, geopolitics, etc. Of course, such insights would be greatly enhanced by insider knowledge provided by White House staff. We cannot yet prove Donilon is being fed this kind of insider information, but the identity of the participants in the meetings suggests that this sort of cronyist arrangement could be exactly what’s going on.

Beginning in March 2021, just two months after Biden entered the White House, Donilon started to meet with Biden administration officials. He met multiple times with special assistants to the White House Office of Cabinet Affairs Thomas Isen and Sanam Rastegar, and he also met once with Sezaneh Seymour, the deputy national security advisor for cyber and emerging technology at the National Security Council.

Donilon has also conducted at least four one-on-one meetings with Kimberly Lang, a figure we know very little about. Lang is strangely absent from the official Annual Report to Congress on White House Office Personnel dated July 1, 2021, despite having held meetings since Biden’s first week in office. However, federal payroll records suggest that Lang worked alongside Biden and Donilon in the Obama administration’s National Security Council.

Further, according to emails obtained from WikiLeaks, Donilon and Lang were in contact while Donilon served as national security advisor, when he ran the National Security Council to which Lang has since been linked. Lang was closely apprised of Donilon’s whereabouts, often directly communicating with him in addition to powerful government officials such as former Secretary of State Hillary Clinton and current National Security Advisor Jake Sullivan.

This evidence appears to show that Donilon, an expert in foreign policy, is secretly meeting with well-connected national security staff in the Biden White House while also working for BlackRock in a position where he is responsible for using geopolitical and foreign policy information to help investors get a good financial return.

On its own, this finding from our investigation is troubling. What has Thomas Donilon learned during these meetings, and has he used that information to help BlackRock clients? Is BlackRock influencing foreign or domestic policy through Thomas Donilon? These questions are incredibly important but have yet to be asked by the mainstream press.

Incredibly, as bad as these connections seem to be, Donilon’s links to the Biden administration run even deeper. Mike Donilon, a senior advisor to the president, is Thomas Donilon’s brother. Mike has been a longtime supporter of Biden’s, even serving as his chief strategist throughout the 2020 presidential campaign.

Until earlier this year, Thomas Donilon’s wife, Cathy Russell, was the director of the Presidential Personnel Office, which vested her with the important task of hiring and vetting administration employees.

Perhaps not so coincidentally, the Donilon duo’s daughter, Sarah, also works in the Biden administration, as a staffer for the National Security Council, giving Thomas Donilon yet another important contact in the White House.

BlackRock has other connections within the Biden administration as well. For example, Brian Deese, who is now Biden’s National Economic Council director, was formerly global head of sustainable investing at BlackRock. Wally Adeyemo, deputy secretary of the Treasury Department, previously served as chief of staff to BlackRock Chairman and CEO Larry Fink.

Speaking of Fink, he, too, appears to have met secretly at the White House. Visitor logs show that on February 8, 2022, just two weeks before Russia’s invasion of Ukraine, Fink met with Steve Ricchetti, the counselor to the president. Ricchetti served as chairman of Biden’s 2020 presidential campaign, and has been described as the “yin to the yang” of Biden’s other highly trusted advisor — Mike Donilon.

Gaining answers to these questions is vital, as the evidence points in the direction of — but does not yet definitively show — a disturbing degree of cronyism between the White House and the world’s largest private asset manager. Yet, without a thorough explanation by the relevant parties, or potentially an investigation by the proper authorities, we are not likely to know the full story anytime soon.