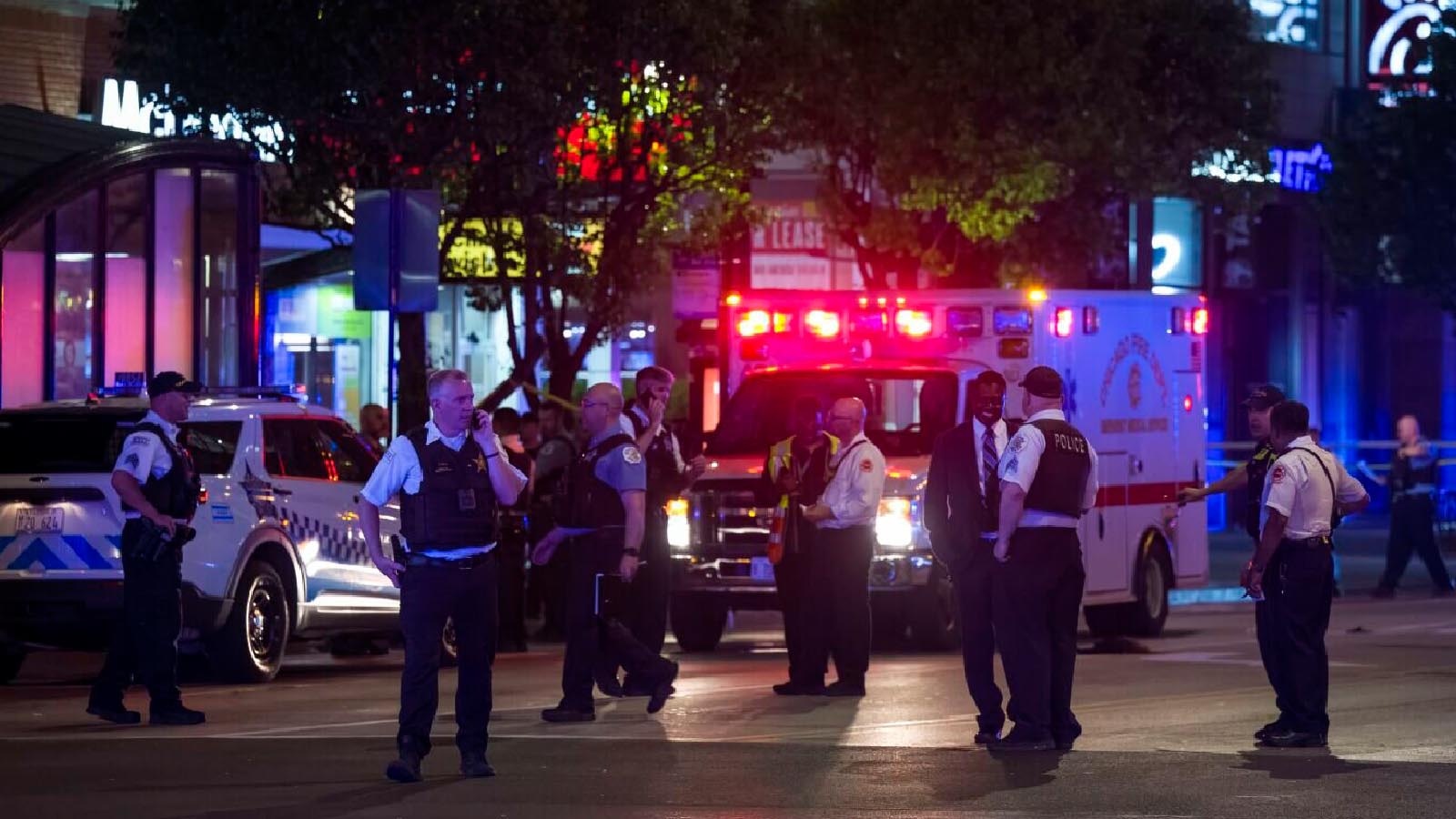 The city of Chicago suffered a mass shooting Thursday, according to NBC News.

At least two people were killed and another seven wounded Thursday night in a deadly mass shooting near a McDonald’s in Chicago’s Gold Coast neighborhood, police say.

The shooting occurred around 10:40 p.m. Thursday in the 800 Block of North State Street outside of a McDonald’s near Chicago Avenue and State Street, Chicago Police spokesperson Tom Ahern said.

Chicago Police Supt. David Brown said two groups were arguing before someone fired a gun into the crowd of people. The incident was captured on video near the scene, he said.

“We see on video where a person with a gun fires into the crowd – basically this is a disturbance, a personal conflict – hitting the nine people, killing two, wounding seven,” Brown said.

But don’t expect to see breathless media coverage of Presiden Biden’s plans to visit the corner of Chicago Avenue and State Street, outside the McDonalds where those two people lost their lives and another remains in critical condition Saturday (all were shot in the chest), the Chicago Tribune reports. Also, don’t think you’ll hear many follow-up details on the prior weekend’s murder of a teen that the publication writes has left residents reeling from shock. That kind of thing just doesn’t fit in with Biden’s or the Democrat Party’s narrative on “gun violence” or the growing menace of “white supremacy” in America.

Maybe you’re also not surprised that there hasn’t been a press release on this mass shooting from House Speaker Nancy Pelosi (D-Calif.) or a member of the Squad on the tragedy of these lost lives — unless, of course, the blame can be fashioned to tout stricter legislation that would purposely make it even harder for Americans to legally purchase guns to protect themselves, which my colleague Jeff Charles gave a heads-up on this week.

The tired and maddening refrain, as witnessed in the Tribune article Saturday about the city’s soaring violence, which notes it has jumped three-fold from last year, January 1 to May 18 — 5 to 15 — comes from the Democrat leaders there. By now, readers are all too familiar with Mayor Lori Lightfoot’s excuses for her party’s decades of failure in Chicago. But, listen as the city’s Police Superintendent David Brown insists the problem is a national misery beyond his control; he bemoans that the city is “awash in guns.”

“This is a gun crime crisis in our city and our country,” Brown said. Because someone in the crowd who was involved in the argument had a weapon, gunfire erupted.

“We are awash in guns,” Brown said.

Read it again: “[S]omeone in the crowd who was involved in the argument had a weapon, gunfire erupted.” Well, forgive me for not being impressed by that analysis, Superintendent, but that’s kinda how guns work. Yeah, it’s a tired adage, but it’s true: Guns don’t kill people, criminals with guns kill people.

Lightfoot and Brown are on the case, though:

Both Mayor Lori Lightfoot and Superintendent David Brown immediately blamed Thursday’s shooting on parents not keeping track of their children and a flood of guns entering the city, many carried by young people who now use them in fights that in years past may not have been deadly.

One resident, whom the Tribune identifies as a stockbroker, seems perplexed by the disconnect between what he’s experienced over the past three or four years — he says there’s “trouble” sometimes, but he’s never known there to be a fatal shooting — and the words he hears from Democrat leaders like Lightfoot.

“It goes away a little bit when the police are patrolling, like they are now, but it doesn’t solve the problem,” he said. “Mayor Lightfoot talked about improving crime, and it doesn’t seem to be improved. Not only around here but in all of Chicago. I can’t quite understand what’s going on.”

Matt Vespa at our sister publication Townhall, in writing Friday on the Buffalo shooting, noted what the leftists’ larger goal is, which we must remain vigilant about:

The Left always focuses on the gun, part of their ongoing crusade to shred the Constitution. Our founding document is the biggest obstacle to the authoritarian progressive agenda left-wingers want to be enacted.

My colleague Brandon Morse also pointed out the danger of trusting this big government “safety” lie, in a new VIP piece Friday. He’s right. As long as people continue to vote for majority-Democrat leadership in cities like Chicago, New York, and others, they’re going to keep being shocked by what they witness happening in their own neighborhoods — places when they and their families should expect to feel safe.