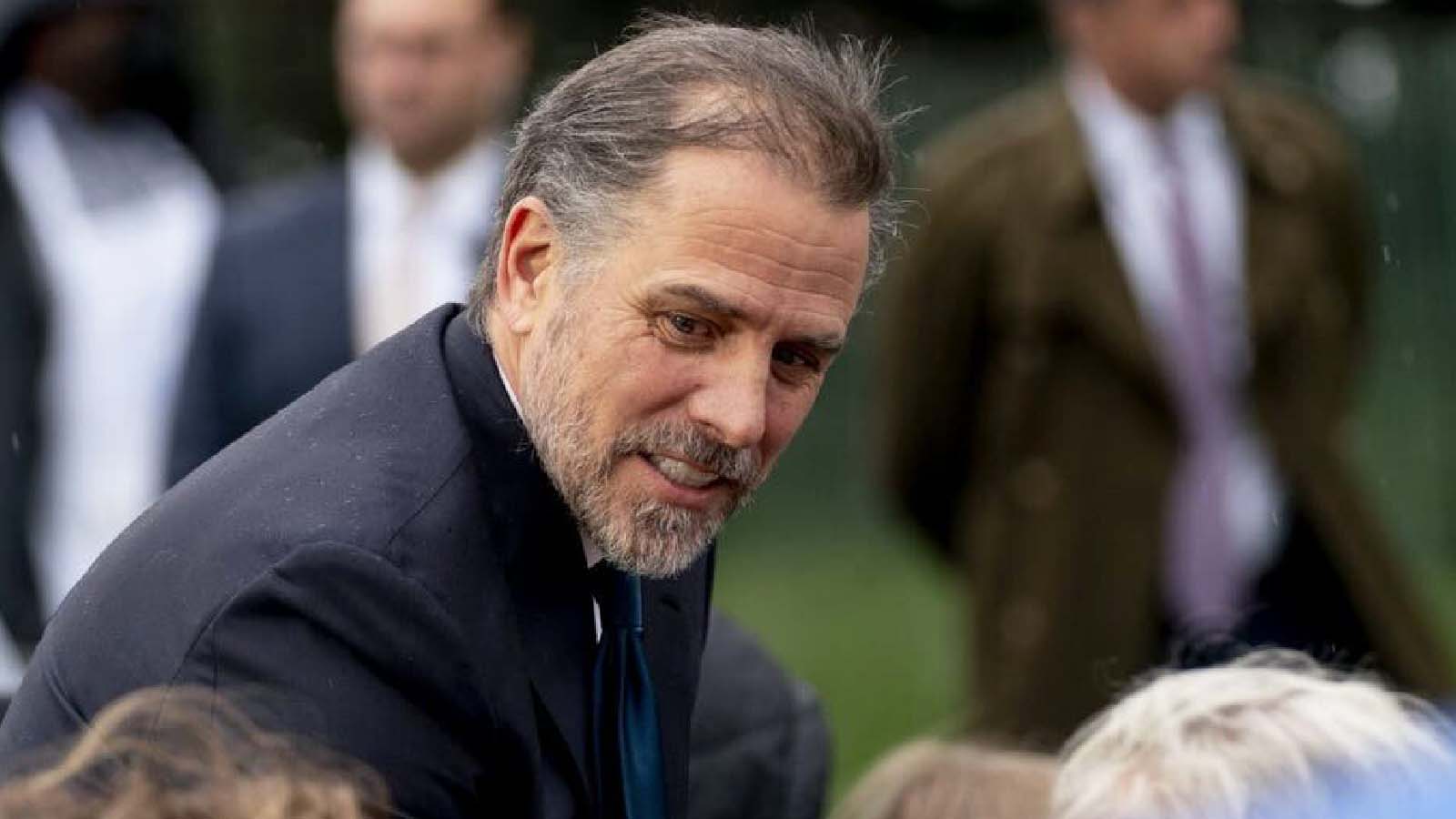 The Washington Examiner recently gained access to texts on Hunter Biden’s laptop with the help of a computer expert. One of the newly acquired texts addressed the scandal over his lost gun. In prior interviews, Hunter insisted that he was never aware of federal law enforcement getting involved in the case and did not believe that it was true. However, in the text, he attacked his sister-in-law Hallie for throwing out the gun. He laments that her tossing the gun to protect him meant that the matter was now “in the hands of the FBI.”

We previously discussed the gun controversy and whether the President’s son violated gun laws by falsely completing a required ATF Form.

Hunter Biden acquired a .38 caliber handgun despite his long-standing drug and alcohol abuse as well as a history of depression. In 2018, the gun was tossed into a trash bin in Wilmington by Hallie Biden, widow of the deceased brother of Hunter. After the death of his brother Beau, Hunter began a sexual relationship with Hallie and she apparently became concerned about what he might do with the gun. That is precisely the concern for Red Flag laws. In many ways, her action reflected the need for such laws. In desperation, she threw the gun away but unfortunately chose a garbage bin not far from a school.

According to the Washington Examiner, Hunter was irate with Hallie throwing out the gun to protect him and making him look like an “abusive pedophile with homicidal tendencies.” In the long exchanges on Oct. 23, 2018, Hunter asked Hallie if “you want me dead” ​and said “I won’t ever recover from this.”

He then made comparisons to the rest of his family, including her dead husband: “There are 5 guns in dads house. There are f​—ing more weapons in your sons room then in an armory. What’s my f— up? Owning a gun?…Beau owned a handgun issued by the state and i[t] was in the front glove compartment of his car. So f​— you.”

Hallie tried to explain that she was afraid that he would “use” the gun.

In response, Hunter said “They think you’re scared I would shoot you” and called her a “f—ing a–hole.” He then added “You now have me as an abusive pedophile with homicidal tendencies. And that’s now in the hands of the FBI.”

Secret service agents reportedly appeared in the case and asked for the paperwork for the gun from the store where it was purchased. It is still not clear why. It has never been explained and most media have shown little interest.

Years later, Hunter went on a media tour over his new book, “Beautiful Things.” The interviews were largely fawning and avoided past scandals or follow up questions. However, in one interview, CBS News’ Anthony Mason on “CBS This Morning asked Hunter about the gun incident and why Hallie thew the gun away. Hunter responded “I think she … yes. Yeah, I think she was just concerned about me” and went on to say that “my life was difficult. … Hallie’s intent was to, to make certain that I didn’t do anything to hurt myself.” He added:

“W​e knew that the​ gun​ was los​t,​ that Hallie had thrown into a trash can​. A​nd I told her ​you can’t do that when I realized that it was gone. And so she went back​ again and then they, the police​,​ came to help retrieve the gun, which was retrieved, someone had gone to the trash and picked it up and they found it within hours, I believe. And so that was the end of the story.”

As the New York Post reported at the time, there was already a known text message from January 2019 sent by Hunter months after the incident in which he admitted that the Secret Service did get involved:

​“She stole the gun out of my trunk lock box and threw it in a garbage can full to the top at Jansens [sic]. Then told me it was my problem to deal with. Then when the police the FBI the secret service came on the scene she said she took it from me because she was scared I would harm myself due to my drug and alcohol problem and our volatile relationship and that she was afraid for the kids​.”

To get the revolver back, Biden answered “no” on the firearms transaction record that asked whether he was an “unlawful user of, or addicted to” a narcotic drug or any other controlled substance. Lying on that federal form can lead to prosecution under several provisions. The United States code makes it a crime punishable by up to 10 years in prison to “make any false or fictitious oral or written statement” to obtain firearms. Although prosecutions are rare, this should be a major story or at least warrant media scrutiny. After all, the son of the president may have committed a federal felony and his father has been calling for greater expansion and enforcement of gun permitting laws. Now, the issue of unstable gun owners is one of the core areas of President Biden’s proposed reforms.

The result is a mess of conflicting statements from Hunter. However, with the exception of a few media outfits, the media has little interest in pursuing such questions.