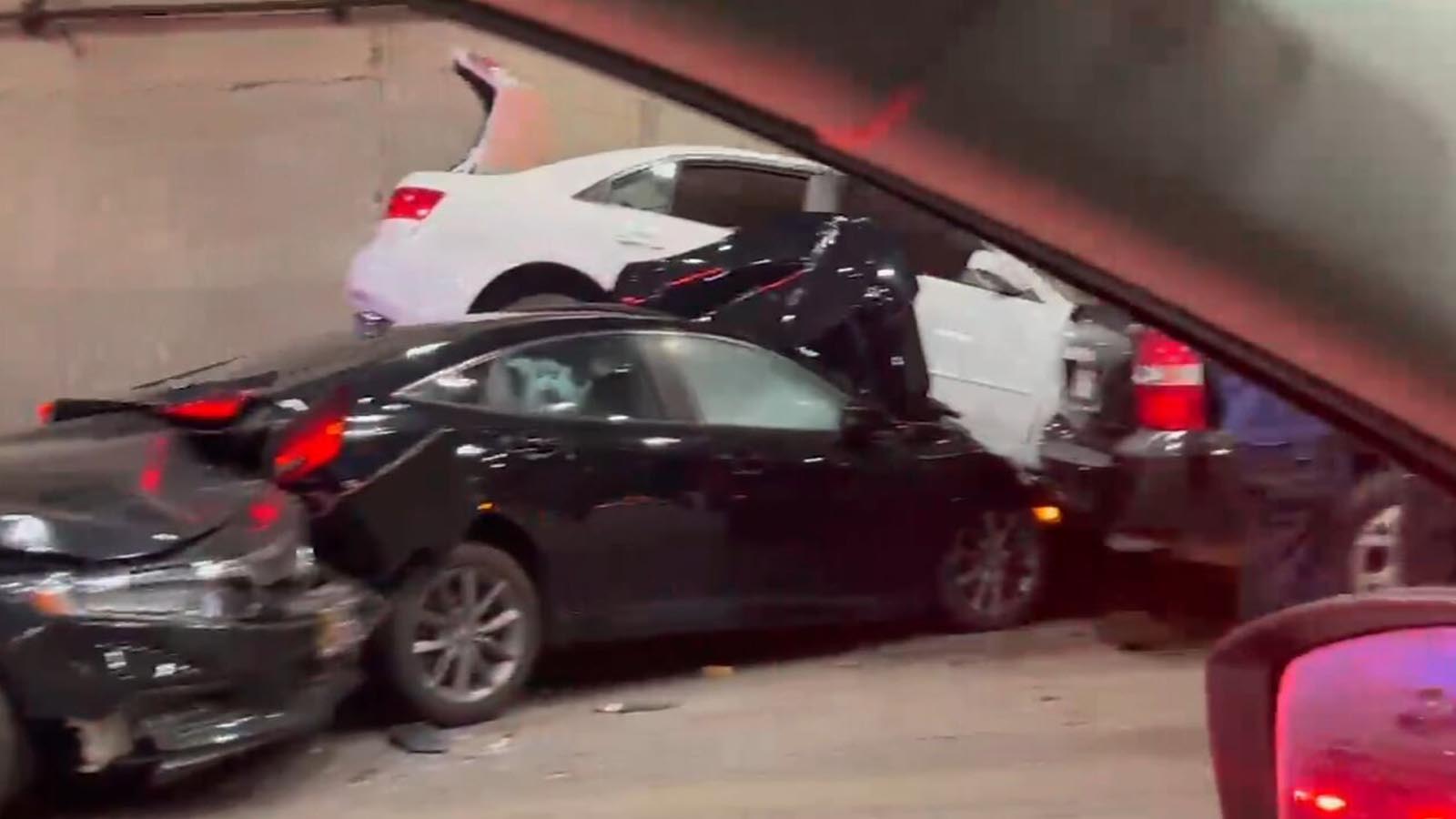 The crash that occurred on Thanksgiving Day resulted in two juveniles being transported to the hospital for minor injuries. According to a police report obtained by Reuters and made public Wednesday, the Tesla Model S made an unsafe lane change and then began slowing to a stop. The vehicle behind the Tesla then rammed into the back of the braking Tesla, resulting in a chain of crashes on the bridge.

After the pileup, the Tesla driver told police that he had put his car in Full-Self Driving (FSD) mode, but authorities could not determine if the FSD software had malfunctioned, Reuters reported. Police also noted that if the FSD mode had malfunctioned as the driver claimed, the driver should have manually taken control of the vehicle.

Tesla offers customers FSD mode as a $15,000 add-on to the electric vehicle. FSD software allows the vehicle to change lanes and park on its own while its autopilot mode gives the Tesla the ability to steer, accelerate, and brake autonomously within its lane, but the company warns that these features do not make the vehicle fully autonomous.

“Autopilot, Enhanced Autopilot and Full Self-Driving Capability are intended for use with a fully attentive driver, who has their hands on the wheel and is prepared to take over at any moment,” Tesla states. “While these features are designed to become more capable over time, the currently enabled features do not make the vehicle autonomous.”

Reports of the alleged Tesla malfunction come as the car maker’s stock has seen its largest decline in Tesla’s history after reaching an all-time high in 2021. The EV company stock was down 8% Thursday, bringing its year-to-date losses to 64%, Yahoo Finance reported.

“Elon is Tesla’s brand. He needs to pull it together. He’s made these mistakes about running off on the mouth many times, and he needs to tighten up his message because he’s going to cause some long-term damage if he doesn’t right the ship,” Munster told CNBC last week.

Musk recently polled Twitter users on if they want him to step down as the social media platform’s CEO. The poll received over 17 million votes with 57.5% of users saying Musk should step down. After the poll, Musk confirmed he would abide by its results.

“I will resign as CEO as soon as I find someone foolish enough to take the job!” he tweeted. “After that, I will just run the software & servers teams.”