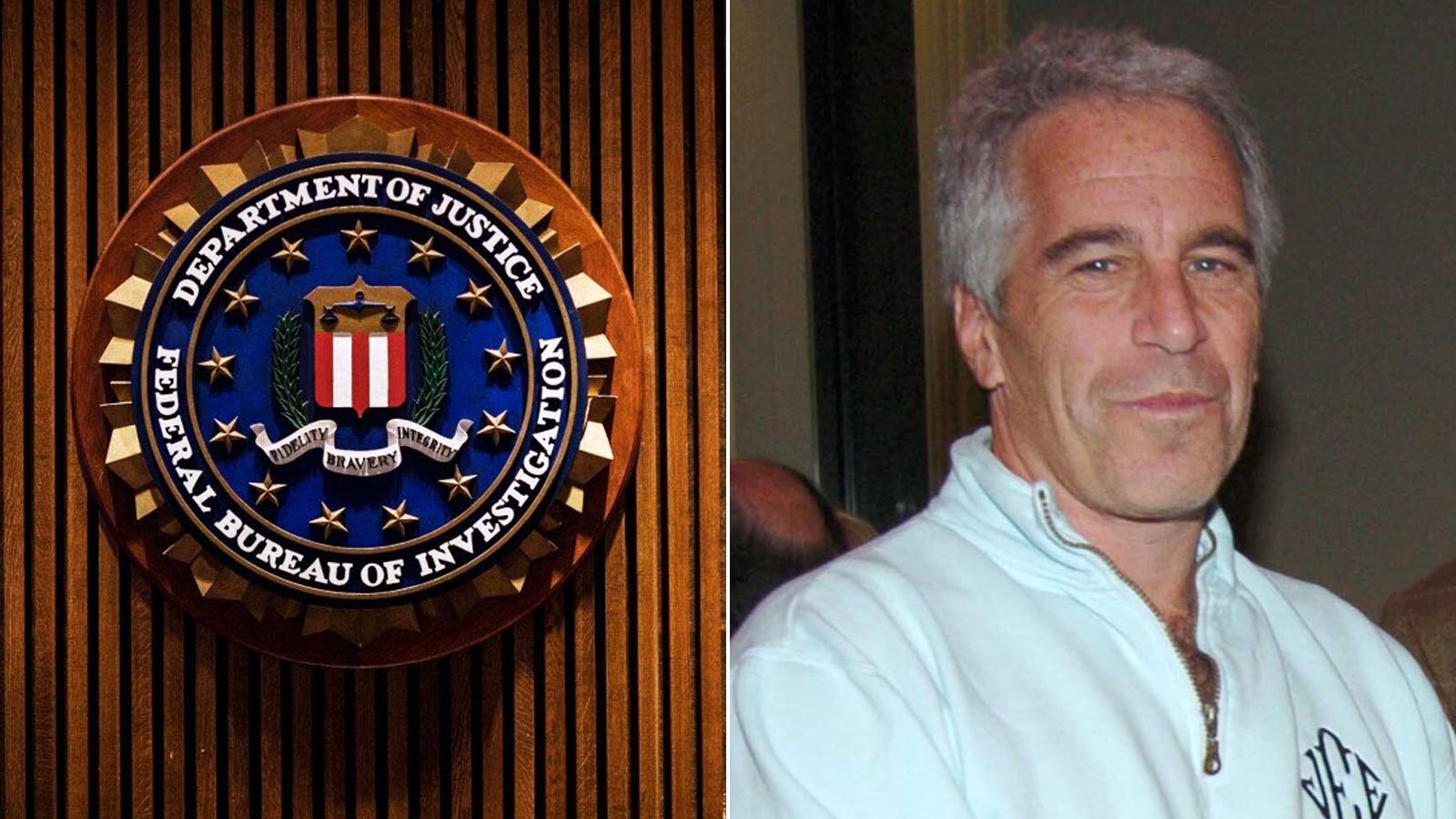 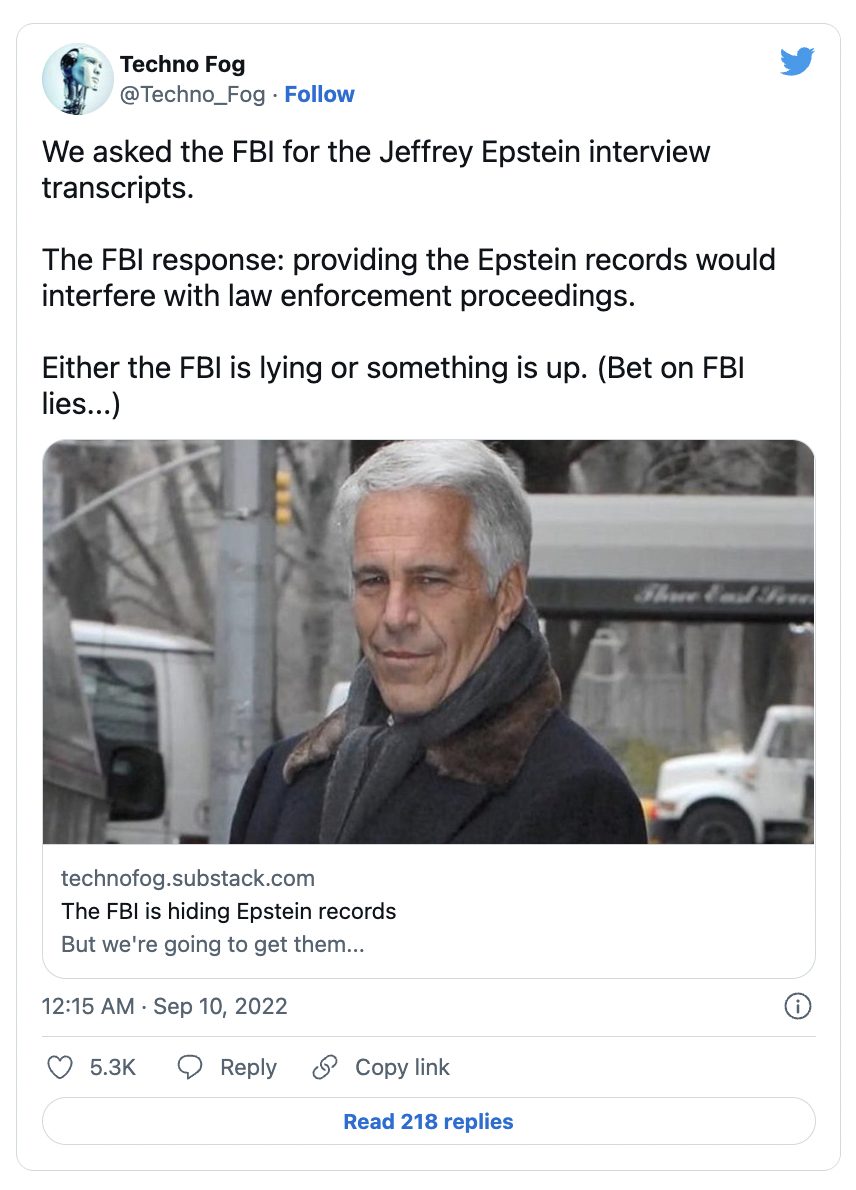 Your humble author, as promised, is involved in litigation to extract records from the federal government. It’s easy to talk about current events. The more difficult part is suing federal agencies for documentation of their wrongdoing.

That was where we obtained CDC e-mails disclosing how they changed the definition of “vaccine” because of the efficacy problems with the Pfizer and Moderna mRNA vaccines. It’s a must-read if you haven’t seen it already (even if it got us wrongly flagged on the Carnegie Mellon University COVID-19 “misinformation” watchlist).

Then there are the records we must fight for.

One development we can divulge is our effort to obtain the FBI’s records on Jeffrey Epstein. We made a simple request: hand over all FBI interviews with Epstein. We know those records are out there, as we were the first to report that Epstein had been a source for the FBI. (It was later confirmed that Epstein cooperated on a Bear Stearns investigation.)

Wait. Was pedophile Jeffrey Epstein an informant for Mueller's FBI?

From the 5/24/18 FBI Vault release: "Epstein has also provided information to the FBI as agreed upon."

Is that why he escaped serious charges for molesting over twenty girls? pic.twitter.com/K4suAumD85

But we’re not convinced that was the only time Epstein spoke with the FBI. There were other hints and rumors that he worked with the US government to recover stolen funds. Thus the FOIA request.

How did the FBI respond? Not by denying the existence of any records.

Instead, the FBI is hiding behind FOIA’s law enforcement exemption, stating that the production of the Epstein records would interfere with ongoing law enforcement investigations:

We’re exceedingly doubtful that the release of the Epstein records would “interfere with enforcement proceedings.” Ghislaine Maxwell has been convicted and Epstein is dead. The only potential tie might be from a grand jury investigation into “other possible co-conspirators of Jeffrey Epstein.” But that was from the summer of 2020 and we rightly assume no charges were brought against whoever was being investigated.