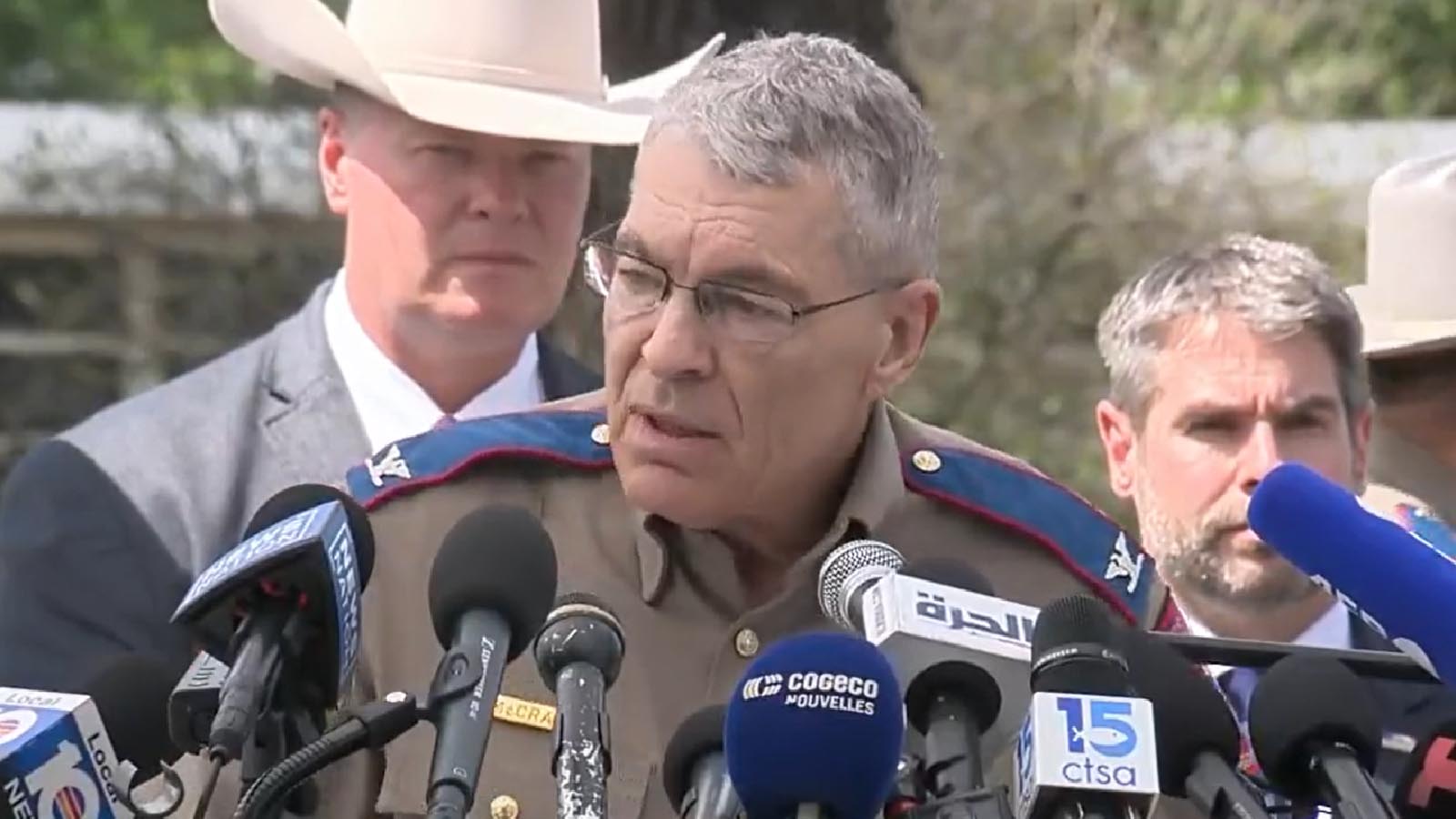 Texas Department of Public Safety Director Steve McCraw revealed Friday that a teacher at Robb Elementary School had propped open a side door just minutes before a shooter entered through it and went on a deadly rampage.

In doing so, the teacher violated one of the basic tenets of school safety that may well have led to the needless deaths of 19 students and two teachers Tuesday.

McCraw began a timeline of events that led to the murder saying, “At 11:27 — we know from video evidence, 11:27 — suspected [location] of where we knew the shooter entered, [Salvador] Ramos, was propped open by a teacher.”

One minute later Ramos crashed a pickup truck he was driving into a ditch near the school.

McCraw recounted at this time the same teacher walked back to the exterior door and again left it open.

At 11:31, Ramos began shooting into classrooms from the outside of the school.

Soon thereafter, a school resource officer arrived on scene in response to a 911 call from the school.

Contrary to reports earlier this week, no police officer was present on campus when the shooter first arrived, McCraw said.

BREAKING: "We know from video evidence…the exterior door [to the school] was propped open by a teacher."

Officials in #Uvalde, Texas hold press conference updating on the latest in the investigation of this week's mass school shooting. https://t.co/w2zbqPV6xs pic.twitter.com/mQed0OZhF0

The school resource officer did not spot Ramos hiding behind a vehicle in the school parking lot.

At 11:33, the suspect entered the school through the propped open door and began firing, shooting more than 100 rounds at that time.

Two minutes later, three Uvalde police officers entered the school through the same door Ramos used. Within minutes, a total of 19 officers were in the school.

Ramos fired at the officers, grazing some, according to McCraw.

The officers took cover and awaited resources to breach the classroom that Ramos had locked himself inside.

Officers were able to get keys to the classroom from a janitor at the school.

At 12:50, members of a U.S. Border Patrol tactical team using ballistic shields entered the classroom and shot and killed Ramos.

McCraw attributed the over hour-long delay to a “wrong decision” by officers to go from active shooter protocol to that of a “barricaded suspect.”

“From the benefit of hindsight where I’m sitting now, of course it was not the right decision, it was the wrong decision, period,” he said.

On 40 minute delay in police engaging the suspect inside Robb Elementary School, officials say, "a decision was made that this was a barricaded subject…there was time to retrieve the keys."

Andrew Pollack — the father of Meadow Pollack, who was murdered in the 2018 Parkland, Florida, high school shooting — said he was “so angry” after learning of Tuesday’s elementary school shooting in Uvalde, Texas, because it could have been prevented.

The school safety advocate offered a three-point plan to make schools safer: have an armed guard, a single point of entry and teacher training.

We send out $Billions to other countries all the time. Why not fund school safety in America?

At least two of his three recommendations were not followed. There was not a single, controlled point of entry, and no armed guard nor police officer was present.

“Even a single point of entry would have prevented it. … This didn’t have to happen today,” Pollack told Fox News host Laura Ingraham Tuesday night.

Robb Elementary School was reportedly supposed to have a single point of entry where those seeking to enter during school hours must be buzzed in, but the propped open door negated the protocol.

Given that the shooter was captured on video dressed in black and wielding a rifle, it’s safe to say he would not have been given access had the protocol been followed.

Pollack exhorted parents to go to their kids’ schools and make sure the proper safety measures are in place.

“It’s the parents,” he said. “It’s your responsibility where you send your children to school.”

This teacher no doubt feels horrible about the decision he or she made, having no notion it would have such catastrophic consequences.

But hopefully, it will serve as a wake-up call for school personnel everywhere regarding the importance of following the school safety procedures.