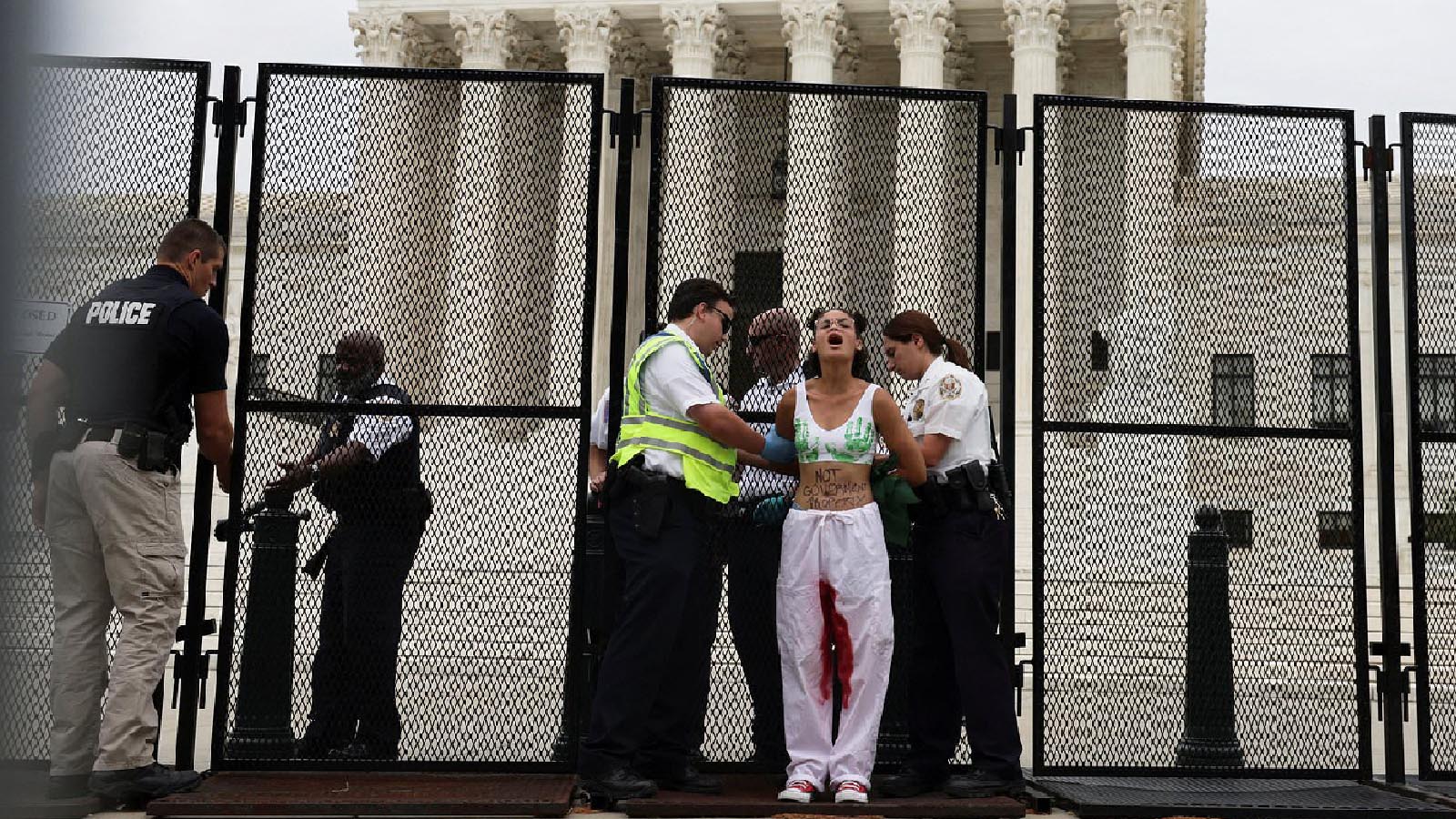 With only 13 opinions left for the Supreme Court to hand down before the end of the term, a consequential ruling over abortion access will likely be one of the last decisions announced before the high court’s July recess.

The Supreme Court issued five rulings on Tuesday as the nation waited in anticipation for a decision in Dobbs v. Jackson Women’s Health Organization, the high-profile abortion case that leaked to the press in the form of a draft opinion on May 2, signaling the majority of justices were in favor of giving states the right to make laws severely limiting abortion access.

While no opinion for Dobbs was released Tuesday morning, nearly 150 people, both proponents of abortion access and those against such procedures, congregated outside the fenced-off Supreme Court building awaiting a potential decision.

Stumbled upon groups of protesters outside the Supreme Court this morning, both pro-choice and pro-life. Maybe about 100-150 people here this morning.

This comes as the Dobbs decision is set to be announced by the end of the month. pic.twitter.com/fTdoCjmlVn

Thursday at 10 a.m. ET will mark the next opinion release day and another chance for the high court to release an opinion in Dobbs, though there are no clear indicators as to which cases the justices will hand down. Justices could decide to designate additional opinion issuance days on the court’s calendar after Thursday.

Arguments in the case, which could undo five decades of abortion access precedent and force Mississippi’s only abortion clinic to close, were heard by justices in December.

The crux of Dobbs is a law in Mississippi that would ban most abortions after the 15th week of pregnancy should the justices allow it to stand. The law was enacted in 2018 by the Republican-led Mississippi Legislature but never went into effect due to a legal challenge that led to the Federal District Court in Jackson blocking its enforcement.

Attorney Julie Rikelman, who represents the Mississippi abortion provider who sued, said in December the state’s law would do “profound damage to women’s liberty, equality, and the rule of law.”

Rikelman, a lawyer for the Center for Reproductive Rights, told justices that an altered standard would create a slippery slope for future restrictive abortion laws.

“The state has conceded that some women will not be able to obtain an abortion before 15 weeks, and this law will bar them from doing so,” she said. “Without viability, there will be no stopping point. States will rush to ban abortion at virtually any point in pregnancy.”

In recent months, Republican-led states have adopted similar restrictive abortion laws, including a Texas law that bans abortion after a fetal heartbeat is detected, typically around six weeks of gestation. The law went into effect in September and is enforced by allowing private individuals to file lawsuits against anyone who aids and abets an abortion.

As of June, 26 states are set to ban or limit abortion access immediately if the final Dobbs ruling resembles the leaked draft, according to the Guttmacher Institute.