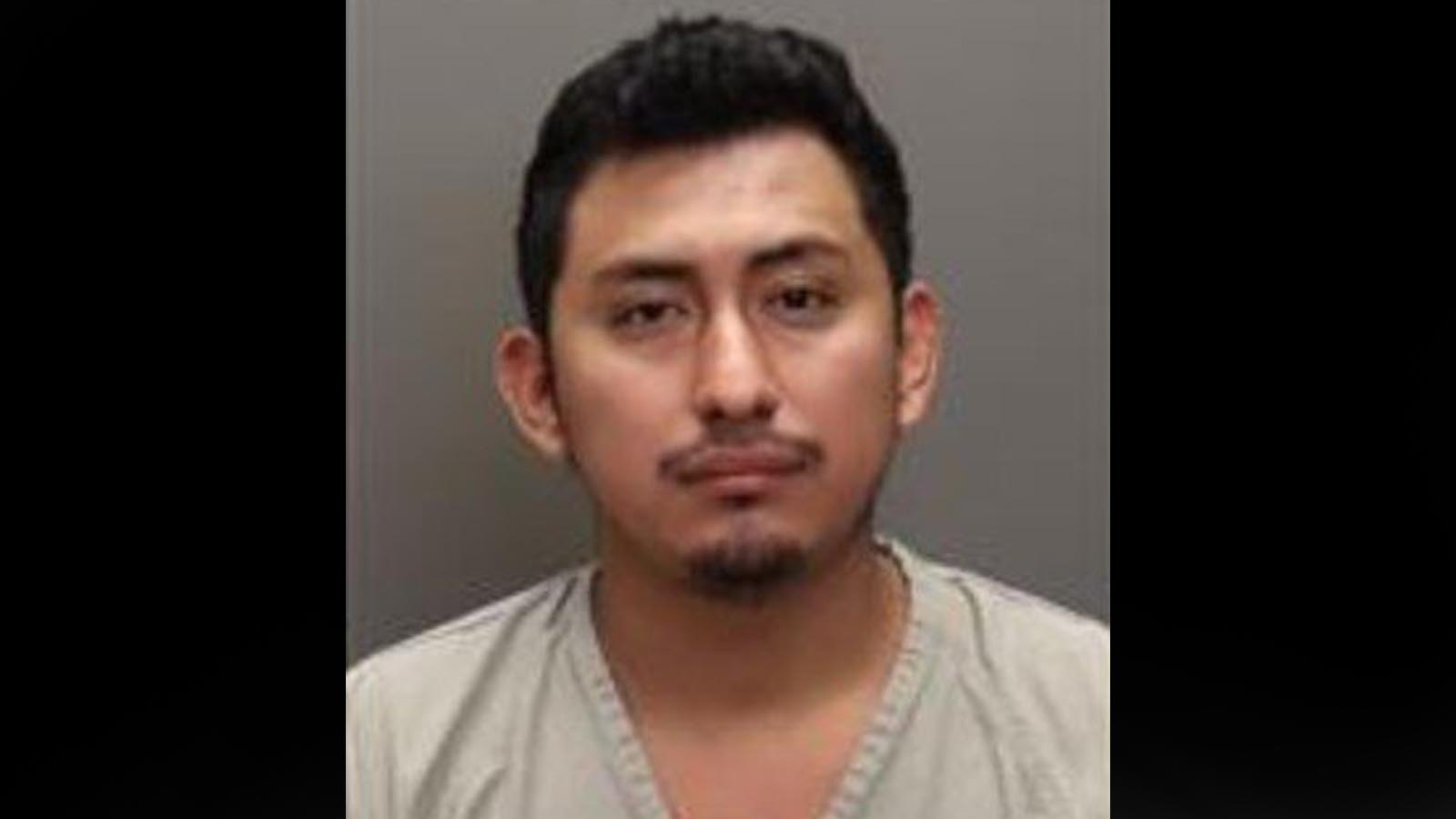 There’s a new development in the story Joe Biden repeated from the White House last week of a ten-year-old Ohio girl who sought an abortion after being raped, subsequently being referred to a doctor in Indiana allegedly because Ohio’s pro-life law restricted her options.

Reporting from The Columbus Dispatch appears to confirm the story repeated by Biden, but brings an inconvenient truth for Democrats who have spent weeks using the despicable crime to attack pro-life Americans. As it turns out, Democrats and the mainstream media have been repeatedly citing a situation in which a 27-year-old man who is ‘believed to be undocumented,’ according to The Dispatch, repeatedly raped a ten-year-old girl.

After the White House was unable to offer corroboration for the story Biden repeated and Ohio’s Attorney General said he hadn’t heard “a whisper” about any matching reports or filings, The Columbus Dispatch said Wednesday that an arrest had been made on Tuesday and charges were filed against a 27-year-old man who confessed to the crime. 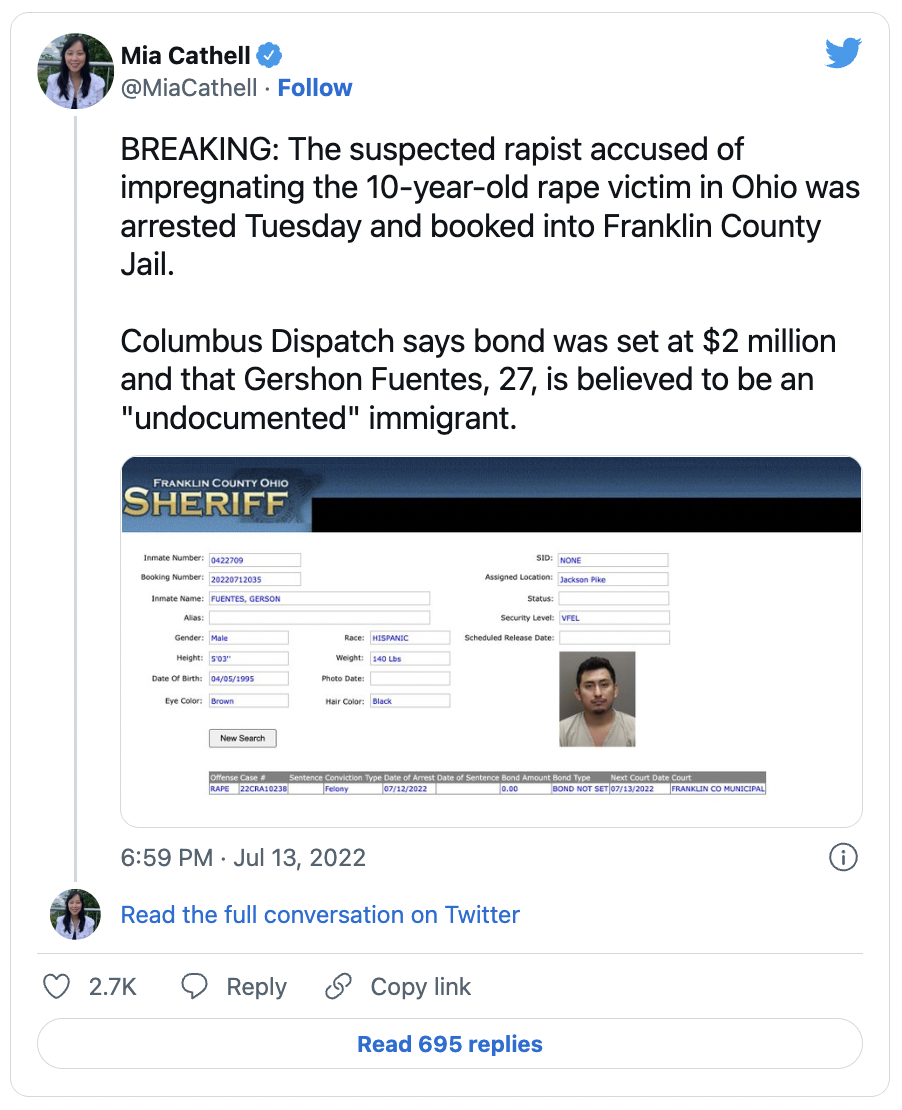 Identified as Gerson Fuentes by the Franklin County, Ohio Sheriff, the apparent resident of Columbus, “is believed to be undocumented,” according to The Dispatch — that is, believed to be in the country illegally. Their story continues to explain that “he confessed to raping the child on at least two occasions” and has “since been charged with rape, a felony of the first degree in Ohio.”

Via The Columbus Dispatch:

Columbus police were made aware of the girl’s pregnancy through a referral by Franklin County Children Services that was made by her mother on June 22, Det. Jeffrey Huhn testified Wednesday morning at Fuentes’ arraignment. On June 30, the girl underwent a medical abortion in Indianapolis, Huhn said.

Franklin County Municipal Court Judge Cynthia Ebner said the case did not warrant Fuentes — who is believed to be undocumented — to be held without bond.

Ebner said a high bond was necessary, however, due to Fuentes being a possible flight risk and for the safety of the child involved. Before being arrested, Huhn and Det. David Phillips collected a saliva sample from Fuentes, according to a probable cause statement.

Ebner set a $2 million bond for Fuentes, who is being held in the Franklin County jail.

So, the horrific story that has been used nationally as a bludgeon against pro-life Americans as supposed proof that overturning Roe and returning decisions on abortion to the American people and their elected representatives was a preventable crime that could have been stopped if the suspect had been unable to illegally enter and/or remain inside the United States.

How long will Democrats and the media keep using this horrific crime to score political points? Probably not long.

Townhall reached out to U.S. Immigration and Customs Enforcement (ICE) for more information on the immigration status of Fuentes but did not hear back by time of publication.

Fuentes is slated to have his first preliminary hearing on July 22.

Fuentes, charged with first-degree felony rape of a child under 13yo, was arraigned Wednesday morning. He has a preliminary hearing in Franklin County Municipal Court scheduled for July 22. pic.twitter.com/uPwUvtdYgt

Following The Dispatch’s reporting, Fox News’ Bill Melugin confirmed via an ICE source that Fuentes “is a Guatemalan national in the U.S. illegally & ICE has placed a detainer on him with local law enforcement.”