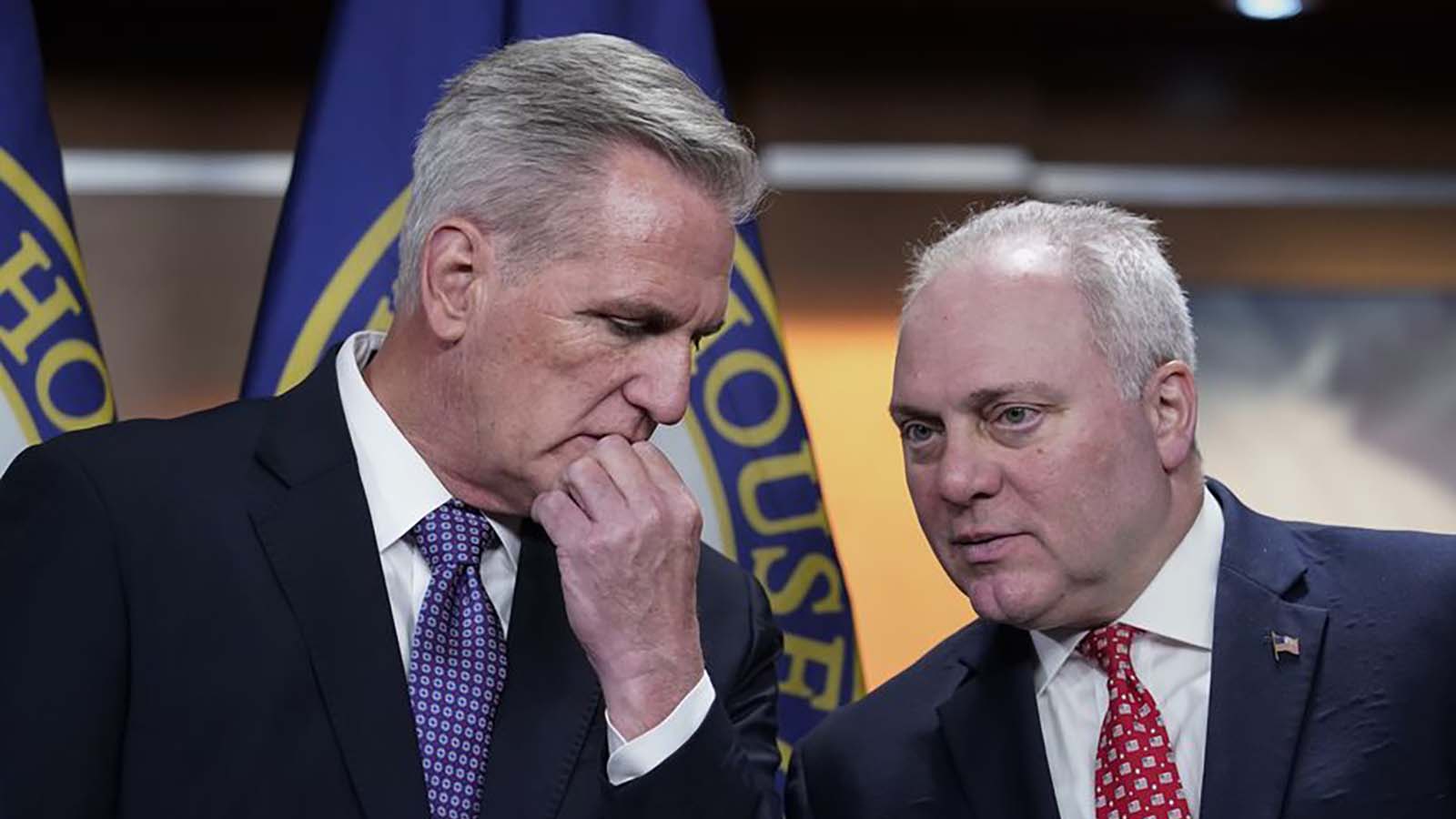 Kevin McCarthy of California is the presumed new Speaker of the House.

However, there is a chance that he may not get enough votes from fellow Republicans to take on the role.

Waiting in the wings is Rep. Steve Scalise, who many people believe would get the votes easily.

GOP insiders are pushing Rep. Steve Scalise (R-La.), the GOP whip, as a shoo-in for House speaker if the leading contender Kevin McCarthy falls short of a majority by the Jan. 3 vote, given the California Republican’s struggle to secure enough GOP votes, The Washington Times reports.

The slim GOP majority secured in the midterms means that McCarthy can only survive four GOP defections. Five are currently on record resisting a McCarthy gavel: Reps. Andy Biggs of Arizona, Matt Gaetz of Florida, Matthew Rosendale of Montana, Ralph Norman of South Carolina and Bob Good of Virginia.

“If Kevin doesn’t get it, Scalise gets it easily,” a Republican source told the Times. “I think people just trust Steve more, and they don’t always trust Kevin. Scalise is more conservative on the kind of stuff that matters to some people,” another said.

McCarthy’s difficulties partly hinge on his reluctance to negotiate with holdouts, including Biggs, who is actively running for speaker, out of fear that it will embolden them to make more demands, “Republicans familiar with Mr. McCarthy’s thinking” told the Times.

The Dems' omnibus spending bill sends millions of taxpayer dollars to foreign countries for their border security—yet impedes border security right here in our own country.