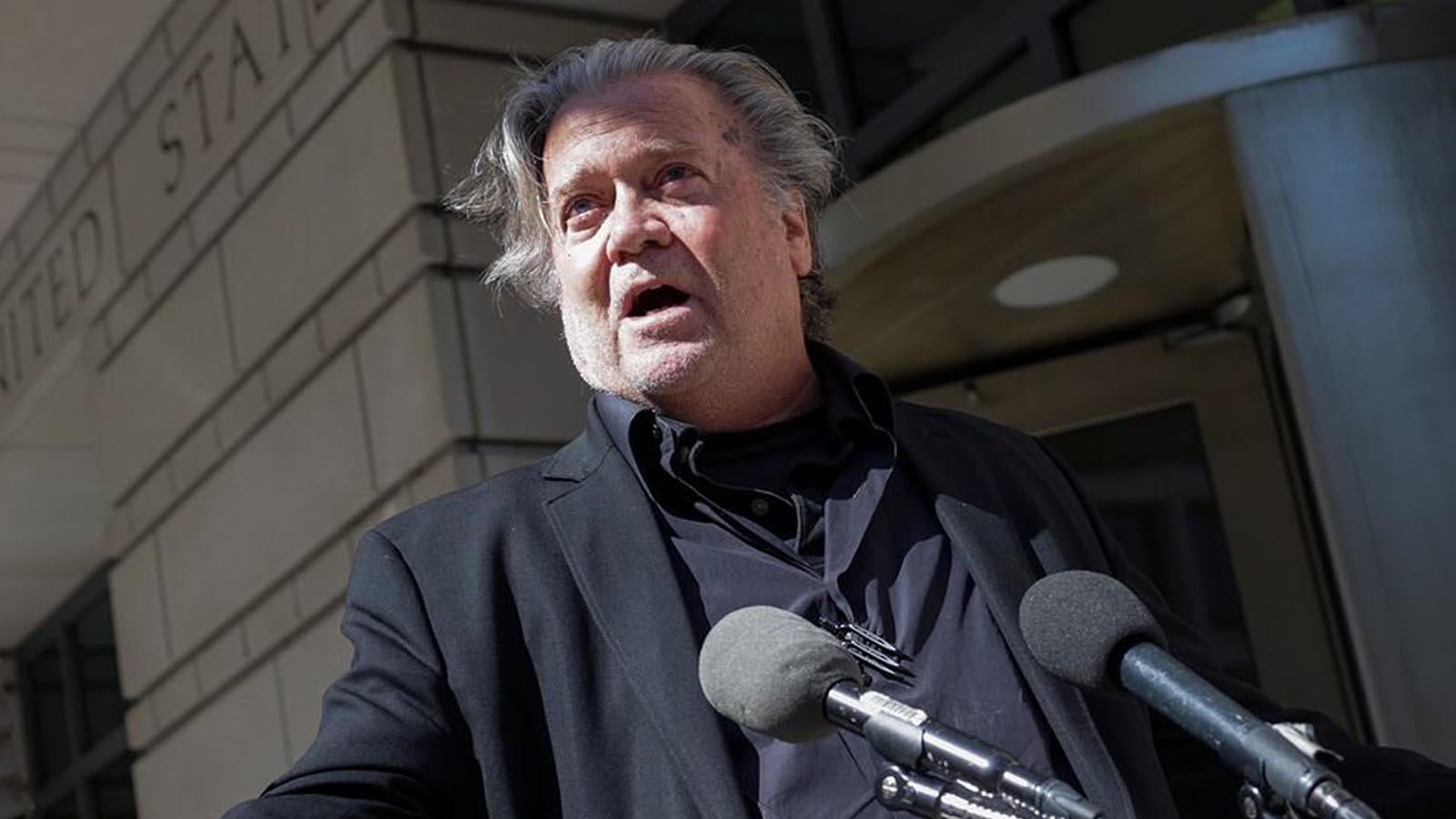 Former White House adviser Steve Bannon agreed on July 10 to testify in front of the House Jan. 6 Committee after he received a letter from former President Donald Trump telling him that Trump will waive executive privilege.

Bannon, who’s slated to go on trial for criminal contempt charges in July for defying a previous subpoena by the panel, said he wanted to testify in public, according to a letter from his lawyer, Bob Costello.

“While Mr. Bannon has been steadfast in his convictions, circumstances have now changed,” Costello wrote in the letter, according to numerous media outlets. “Mr. Bannon is willing to, and indeed prefers, to testify at your public hearing.”

Trump told Bannon that he would waive his executive privilege. Previously, Bannon’s lawyers have said that he wouldn’t respond to the panel’s subpoenas because of the privilege.

“When you first received the Subpoena to testify and provide documents, I invoked Executive Privilege. However, I watched how unfairly you and others have been treated, having to spend vast amounts of money on legal fees, and all of the trauma you must be going through for the love of your Country, and out of respect for the Office of the President,” Trump wrote in his letter.

“Therefore, if you reach an agreement on a time and place for your testimony, I will waive Executive Privilege for you, which allows you to go in and testify truthfully and fairly.”

A member of the House panel, Rep. Zoe Lofgren (D-Calif.), told CNN on July 10 that the committee received Bannon’s letter. But Lofgren suggested that the panel won’t have Bannon testify in public.

“Ordinarily, we do depositions. This goes on for hour after hour after hour. We want to get all our questions answered. And you can’t do that in a live format,” Lofgren said.

For not complying with Congress’s subpoenas, Bannon—the former editor-in-chief of Breitbart News—faced two contempt charges. Federal prosecutors have denied his argument that he has executive privilege and said Bannon wasn’t working for the White House during the Jan. 6, 2021, Capitol breach.

Both counts are misdemeanors and carry a minimum of 30 days to a maximum of 1 year in jail, as well as fines of $100 to $1,000, according to the Department of Justice.

In November, Bannon surrendered to the FBI and told reporters at the scene: “We’re taking down the Biden regime. … I want you guys to stay focused, stay on message. Remember signal, not noise.”

His trial is scheduled to start on July 18.

Representatives from Bannon’s team didn’t respond to a request for comment by press time.