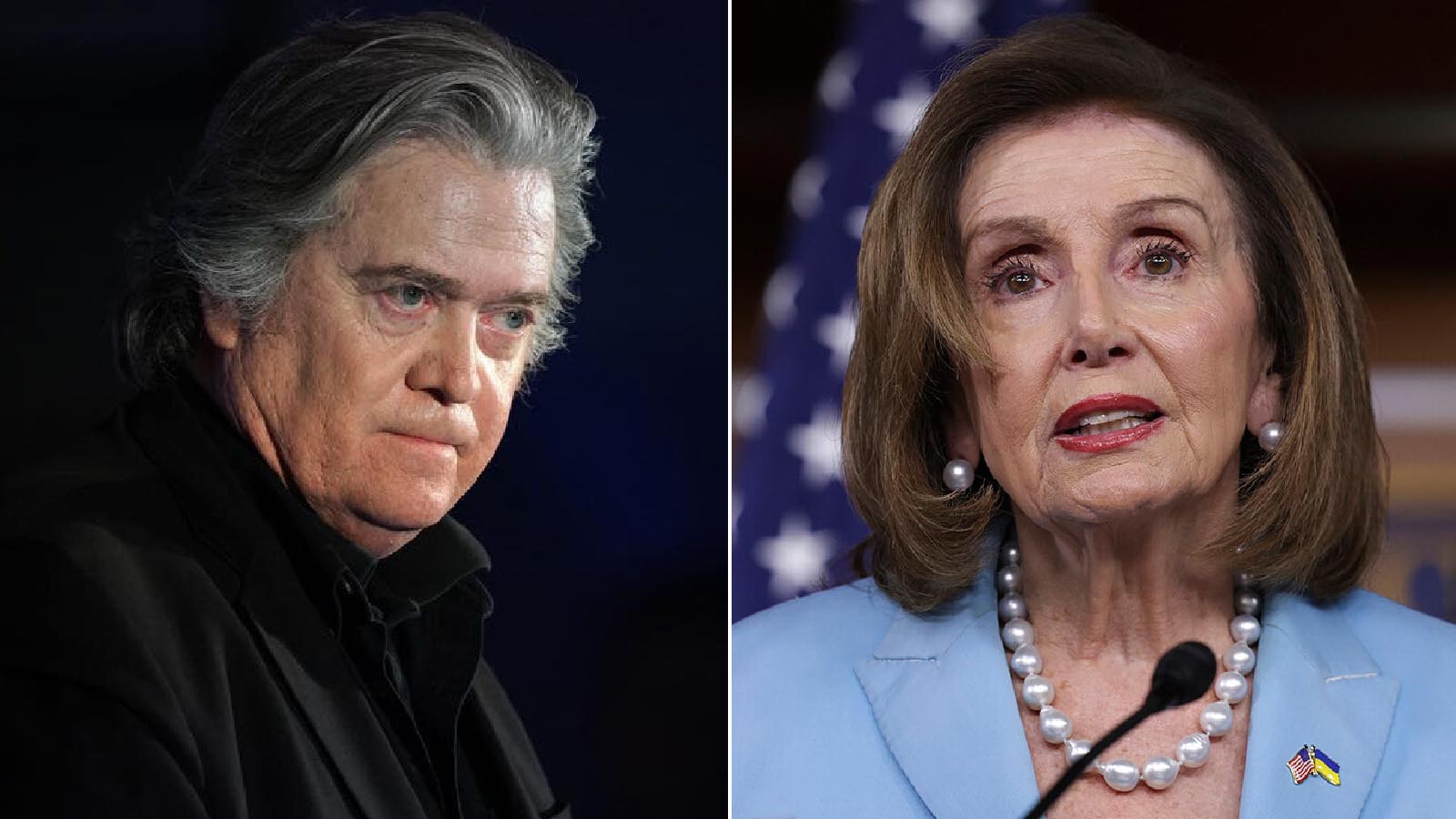 Steve Bannon has subpoenaed House Speaker Nancy Pelosi and the nine members of the select committee investigating the January 6 attack on the U.S. Capitol as he prepares to go on criminal trial next month for defying a congressional subpoena.

Bannon, who was Trump’s chief strategist, faces two charges of contempt of Congress for refusing to testify or produce documents.

He has pleaded not guilty and his trial is due to start on July 18.

Now he is trying to turn the tables on his accusers.

Last week, his lawyers subpoenaed all the members of the House committee investigating the events of January 6, along with three staffers and Douglas Letter, general counsel for the House, according to copies obtained by DailyMail.com.

David Schoen, Bannon’s lawyer, said members of the committee had conflicts of interest that made them ineligible.

But ultimately he said the criminal case against his client was politically motivated.

‘It’s a party political abuse of the criminal system, in my opinion,’ he said.

‘It never should have been done and it proves to me that they’re not interested in his testimony they were interested in making a spectacle and intimidating people.’

A string of Trump allies has challenged the legitimacy of the panel.

And last week Peter Navarro, a trade adviser in the Trump White House, was charged with two counts of contempt of Congress after refusing to testify on the basis of executive privilege.

Bannon’s subpoenas require the targets to produce documents about the way the committee was set up, about the the decision to refer him for criminal contempt as well as communications with one of Bannon’s lawyers.

Some legal experts said it would be difficult to compel lawmakers to comply. The Constitution’s Speech and Debate Clause protects their legislative conduct.

‘In this particular case I’m extremely confident that the staff members and members of the House would be shielded by the Speech and Debate Clause,’ Thomas Spulak, general counsel to the House of Representatives in the 1990s, told CNN.

Schoen said there was a ‘sad irony’ in that position.

‘Here you have Bannon, referred by this committee for criminal prosecution for not complying with a subpoena when executive privilege was invoked by the former president and his hands are tied, but then you would have the committee members saying they refuse to testify,’ he said.

‘Their testimony and their documents belong to the American people and it shouldn’t be their role to refuse to testify.

‘They want all the facts to come out then come out and testify about them and produce the documents.’

Schoen also said that they were looking for evidence of conflicts of interest, such as committee members who were writing books on the January 6 investigation.

Rep. Adam Schiff, for example, is the author of ‘Midnight in Washington: How We Almost Lost Our Democracy and Still Could’ which was published in October last year, detailing the forces that led to the January 6 attack.

His subpoena requires him to produce related documents.