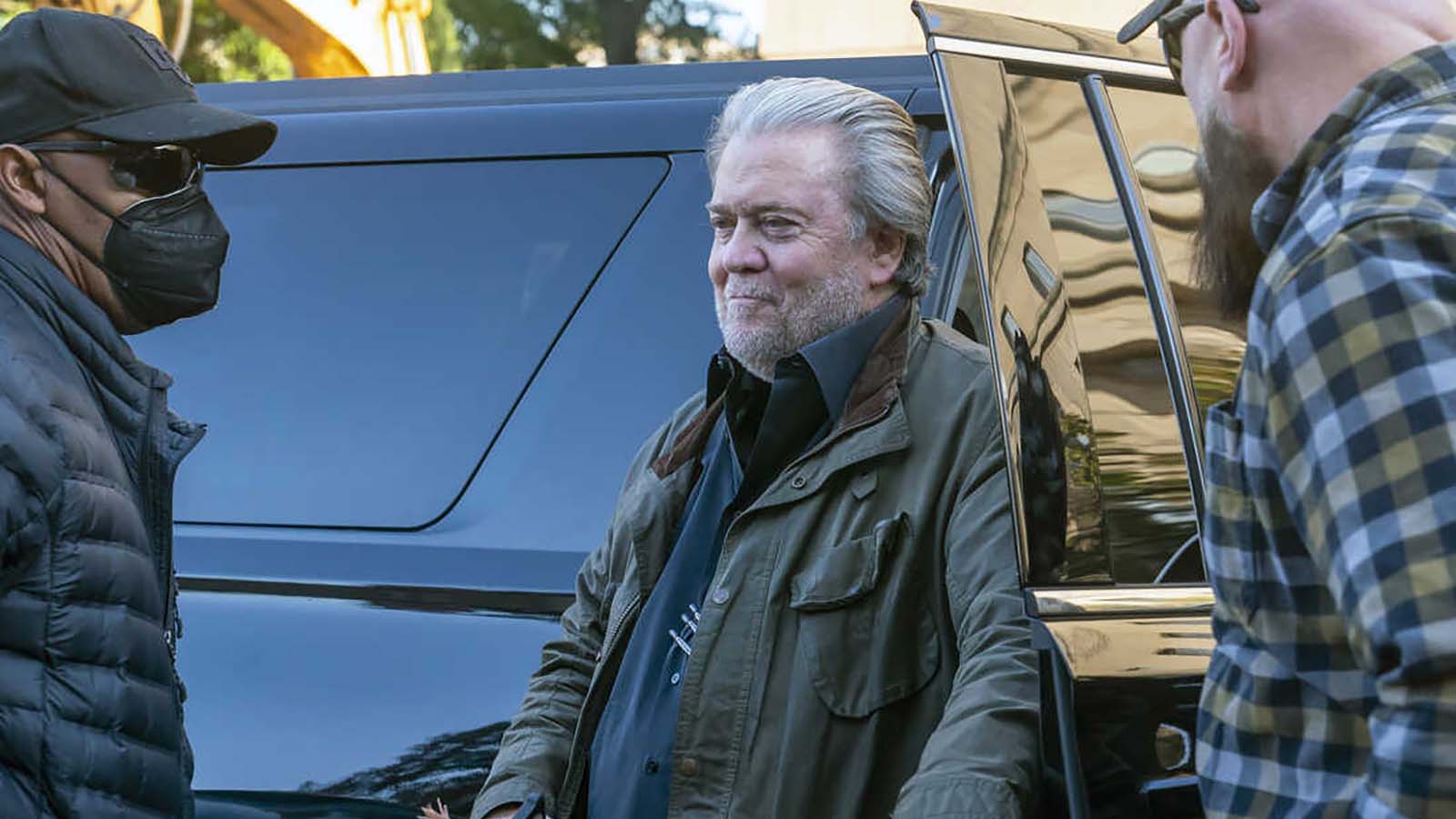 Political strategist Steve Bannon, a senior White House adviser to former President Donald Trump, was sentenced to four months in prison and a $6,500 fine by a federal judge on Friday for ignoring a subpoena from the House committee that is investigating the Jan. 6, 2021, Capitol incursion.

“The sentence I am imposing reflects the fact that there can be more culpable ways to be in contempt of Congress than Mr. Bannon’s conduct. But I do believe Mr. Bannon does have some culpability here,” U.S. District Judge Carl Nichols said, according to The Wall Street Journal.

“Others must be deterred from committing similar crimes,” Nichols added, according to The New York Times.

Nichols was appointed to the D.C. bench by Trump.

Bannon said he didn’t appear before the Democrat-led Jan. 6 committee because a lawyer had advised him not to do so, the Journal reported. The former White House adviser said he also had concerns about executive privilege.

His attorneys requested that he be allowed to appeal the sentence issued Friday before any punishment takes place.

They argued that Bannon should not serve any prison time and should receive no punishment besides perhaps probation.

Nichols said that if Bannon managed to appeal quickly, he could order a suspension of the four-month prison sentence until the appeals finish, NBC News reported.

Bannon was subpoenaed by the House committee — which features only two Republicans, both fiercely anti-Trump — in September 2021. He defied the summons and was eventually found guilty in July on two counts of contempt of Congress, the Journal reported.

Federal prosecutors said he should serve an even longer sentence than four months.

“It must be made clear to the public and the grand jury … that no one is above the law,” prosecutor J.P. Cooney said, according to ABC News. “He hid behind a fabricated claim of executive privilege, to thumb his nose at Congress. He had an interest in making a public spectacle of the committee’s hearings.”

Cooney claimed that Bannon “has tried to make it about nothing but politics and retribution.”

Prosecutors said he should have been punished with a six-month prison sentence and a $200,000 fine, the Journal reported.

Before the sentencing, Bannon’s attorneys spoke for about 45 minutes to argue that he was not acting outside the law by rejecting the House committee’s subpoena. They also requested that Nichols show leniency, CNN reported.

Bannon did not speak in court on Friday aside from telling the judge, “My lawyers have spoken for me, your honor.”

Following the sentencing, some Republican officials announced their support for the former Trump adviser.

I stand with Steve Bannon.

I stand with Steve Bannon! pic.twitter.com/8EyOOEJQ1P

I stand with Steve Bannon! pic.twitter.com/3207VRHMaN

Bannon spoke to the media outside the courthouse following his sentencing and continued to defend his decision to defy the subpoena.

He said that his legal team will pursue “multiple areas of appeal,” NBC News reported.

“This is democracy,” he said. “The American people are weighing and measuring what went on with the Justice Department and how they comported themselves.”