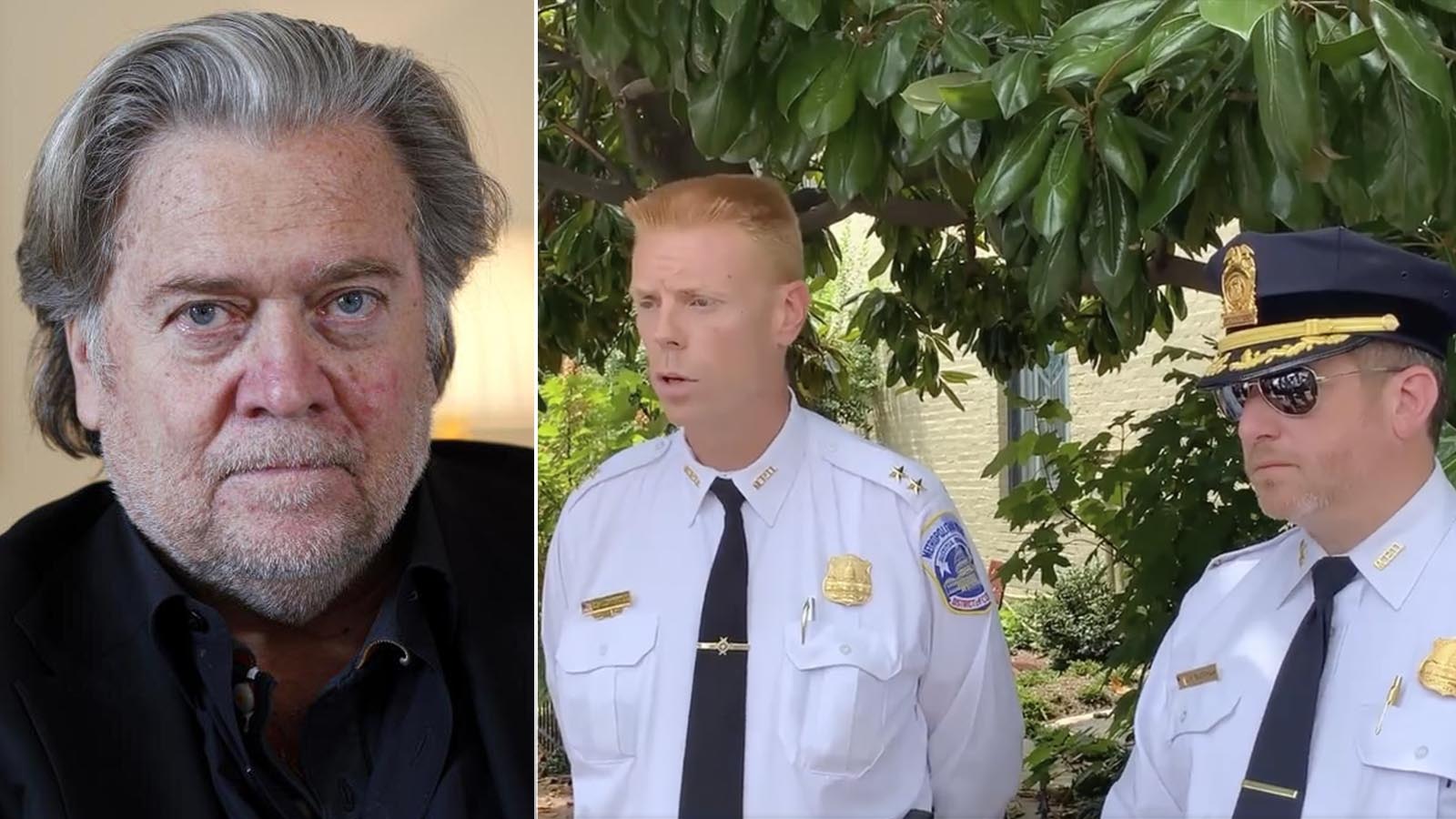 Host of War Room Steve Bannon was in the middle of a live broadcast when a swat team suddenly ran through his home.

The Washington Post reports that police shut down streets near the Supreme Court and the Capitol Building for about one hour.

The Post reported that police initially said they had encountered a person who was claiming to be armed, and who appeared to be suffering from a mental health crisis. No weapon was found an no injuries were reported in that incident.

A DC police spokeswoman later said someone had called a crisis hotline and reported that a man inside Bannon’s row house in the area of the 200 block of A Street NE was armed and had shot someone.

Amidst fears there was an active shooter related to the Supreme Court, the DC Police Department took to Twitter to update the public and wrote at 12:20pm, “MPD and @CapitolPolice are on scene in the area of 3rd and A Street, NE for a call for service. After further investigation, no shots were fired and there is no active threat to the community. There are no reported injuries. The scene will be cleared momentarily.”

MPD and @CapitolPolice are on scene in the area of 3rd and A Street, NE for a call for service. After further investigation, no shots were fired and there is no active threat to the community. There are no reported injuries. The scene will be cleared momentarily.

Addressing reporters, DC Police Assistant Chief Jeffrey Carroll said that they received a call regarding a shooting at a residence in the 200 block of A Street NE.

When officers arrived at the scene though, Carroll said that they observed no indications that a shooting had took place. He added though that a command post and a perimeter were established in the area “under the abundance of caution.”

Assistant Chief Carroll provides an update on an incident at 3rd and A St., NE https://t.co/bX8r9xPx5W pic.twitter.com/mLQe81eHS2

Carroll noted that a subsequent investigation would be launched into the individual that made the false 911 call.

The police later took questions from the press and did not deny that it was a so-called incident of “swatting” where someone will call 911 and make a false report of intense violence in hopes police SWAT teams arrive and engage with the person at the location.

While not releasing the name of Bannon, Carroll said that the home housed a “residence with some sort of business connection,” and that when police arrived, the occupants of the house were “shocked” by the police presence, but were cooperative.