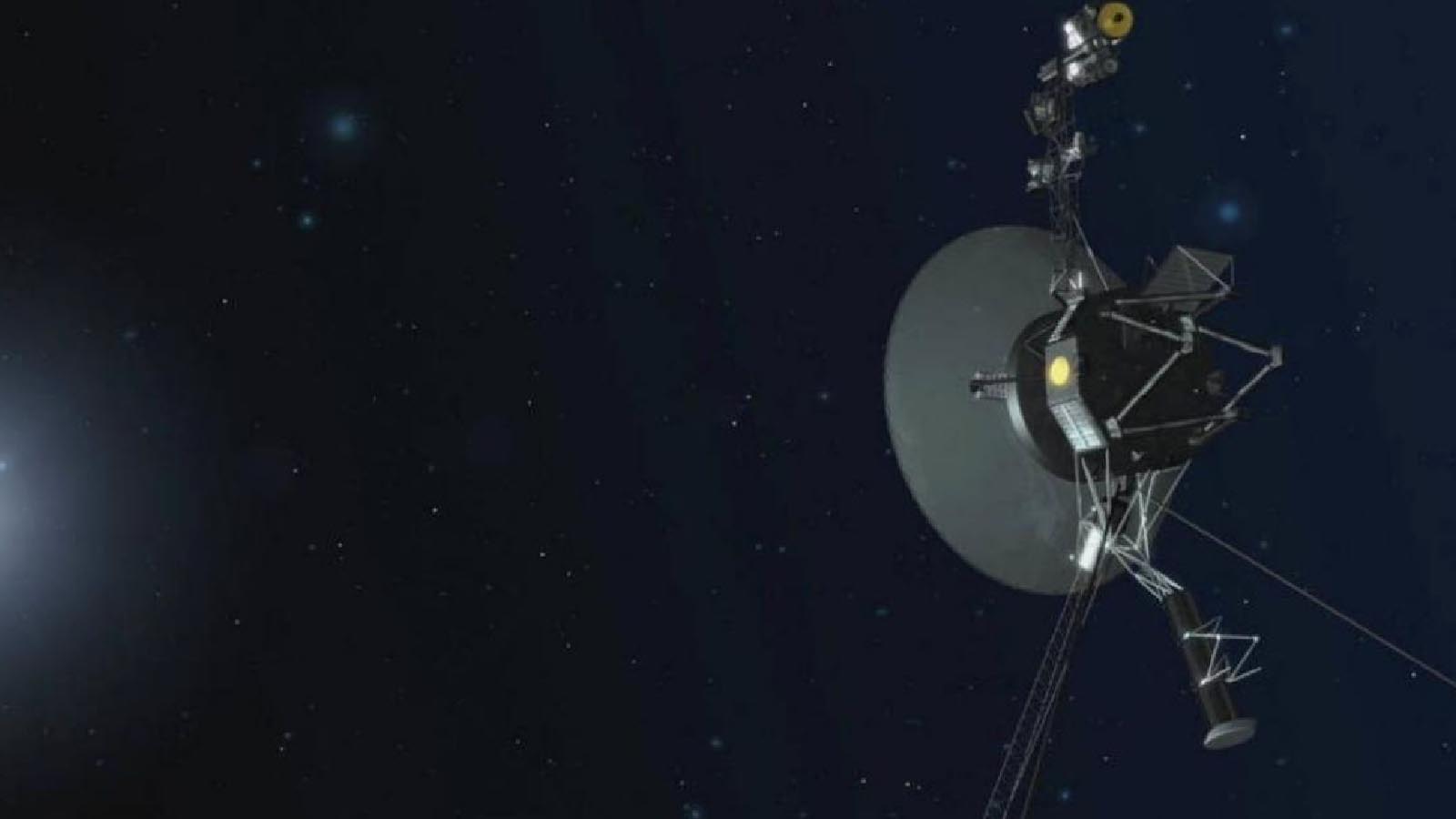 You’re driving along and the “check engine” light flashes amber on your dashboard. Your engine is in no danger at the moment, but you have to get that examined before a real problem develops.

Imagine if your vehicle is nearly a half-century old. And is a spacecraft operating at the edge of the solar system.

Houston, we have a problem.

Or, more correctly, NASA’s Jet Propulsion Laboratory in Southern California has one.

It’s because the space probe Voyager 1, launched in 1977, is sending data that’s not possible for it to originate, the UK’s Independent reports

“A mystery like this is sort of par for the course at this stage of the Voyager mission,” according to NASA project manager Suzanne Dodd.

Essentially, all is well on Voyager 1 — commands are being performed when received (after a two-day interstellar space delay) — and apparently, the radio antenna is still properly aimed at earth.

But the probe is sending weird messages about its control systems that could not possibly show what’s actually taking place on board.

It looks like Voyager is happy with it, not having set off any systems for fault protection. It’s just sending out telemetry that apparently has been randomly generated.

NASA will keep an eye on the problem, speculating that some system inside the spacecraft is originating the strange signals.

If the source remains a mystery, NASA may initiate some changes in software or fire up one of the probe’s backup systems. Something like that happened in 2017, when the space agency switched from declining primary thrusters to secondary ones.

Voyager was never designed for such a lengthy mission. “We’re also in interstellar space – a high-radiation environment that no spacecraft have flown in before,” Dodd said.

Also remarkable is that Voyager 1 is cruising along using 1970s technology. It’s 14.5 billion miles from earth, according to its Mission Status web site, farther than any other space vehicle has gone.

Voyager 1 is part of a launch of two spacecraft in 1977 designed to explore the solar system.

Its sister, Voyager 2, was actually launched first, in August, with Voyager 1 going up in September. A compelling NASA video shows an animation of the pair traveling together through the asteroid belt between Mars and Jupiter and gaining speed using Jupiter’s gravitational system.

They then fly by Saturn, where they split, Voyager 1 leaving the solar system while Voyager 2 goes by Uranus and Neptune before, it, too, projects off into interstellar space, now 129.7 billion miles from earth.

Although inanimate, both probes truly are penetrating “space, the final frontier”

One can almost hear a favorite Star Trek theme song.