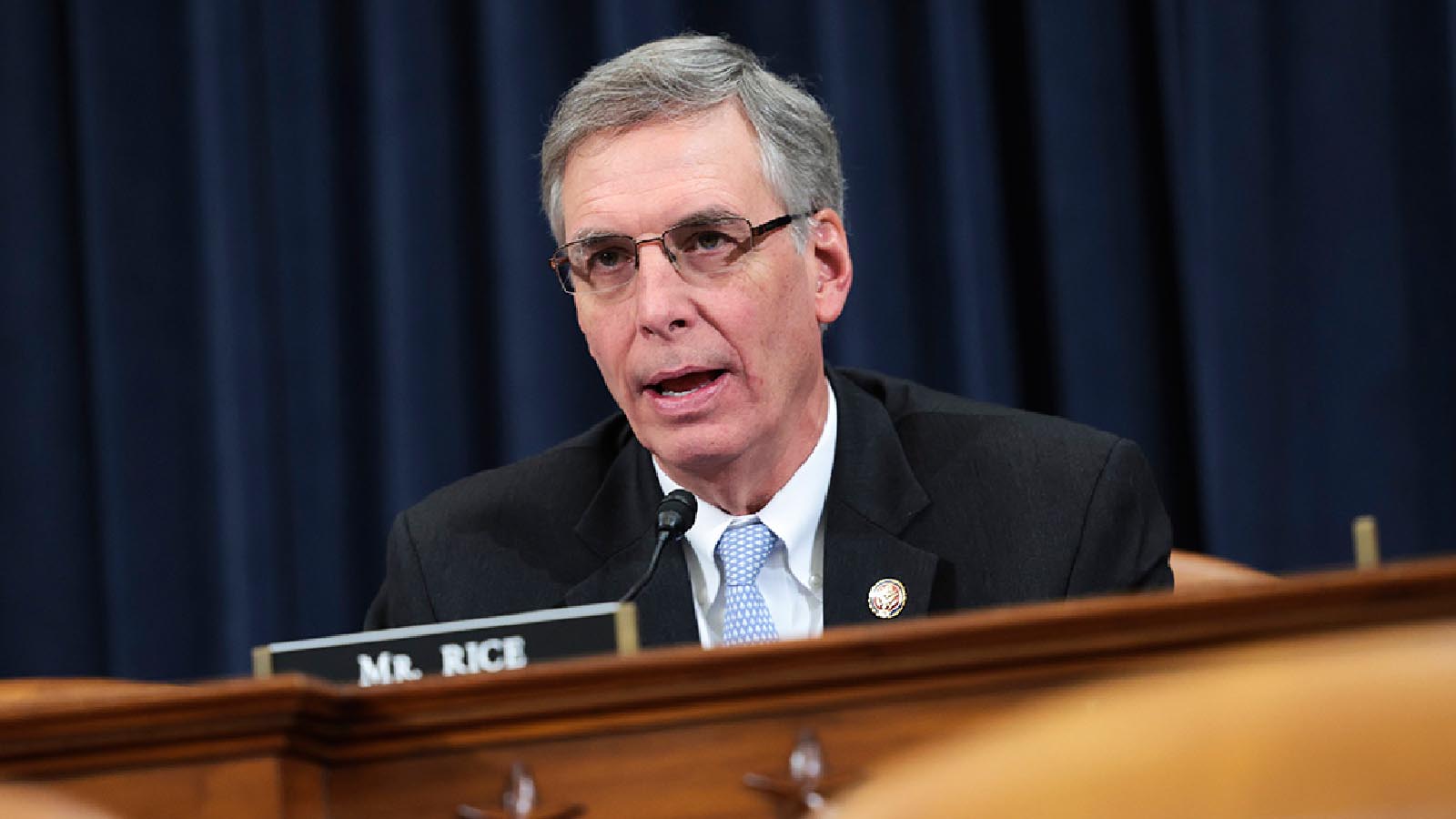 On Tuesday, South Carolinians went to the polls to decide if incumbents, including Rep. Tom Rice, could withstand a primary after invoking the wrath of former President Donald Trump. 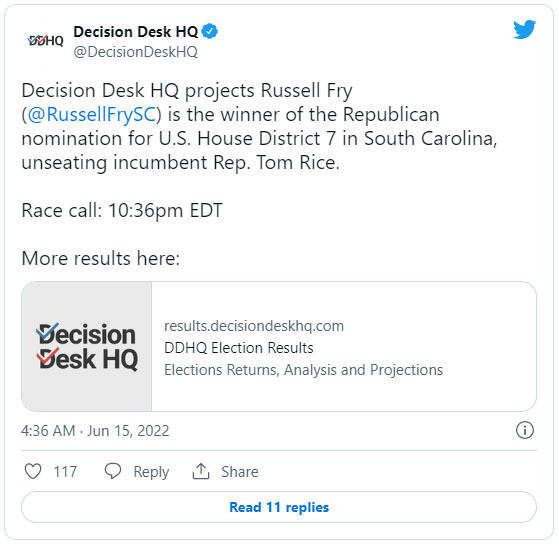 Rep. Rice had earned the former president’s ire as one of 10 Republican House members who had voted to impeach Trump in January of last year, just as he was about to leave office.

Last November, Trump issued a call for “good and SMART America First Republican Patriots” to challenge about a dozen Republican House members, including those who had voted for his impeachment and/or the so-called infrastructure bill. Rep. Rice was one of those members.

Rep. Rice was also the subject of a Tuesday morning profile piece by POLITICO’s Ally Mutnick, “Death threats and epithets: The lonely primary of one Republican who impeached Trump.”

The piece was also part of POLITICO’s Morning Playbook for the day, which highlighted how Rep. Rice actually leaned into being derided by Trump:

RICE’S APPROACH: LEAN IN TO THE CRITICISM — In a dispatch from Myrtle Beach, our Ally Mutnick reports on the backlash Rice has endured from Trump supporters angry over his continued critiques of the former president — ranging from death threats, to shouts of “traitor” from passing car windows, to an official censure by the South Carolina Republican Party (a copy of which Rice has hanging in his office).

Rice’s challenger, state Rep. RUSSELL FRY, was endorsed by Trump in February and has made much of his campaign about Rice’s impeachment vote.

Even so, Rice is not changing his tune when it comes to Trump and Jan. 6. “I think that was one of the worst things, if not the worst, that a president has ever done in terms of attacking the Constitution and separation of powers,” he told Ally. “I just couldn’t stand for that.”

— Worth noting: Today’s primary marks the first time this year that a Republican who voted for impeachment actually faces a Trump-backed primary challenger.

It’s indeed worth noting that Rep. Rice is the first Republican who voted for impeachment to face a Trump-backed challenger, something which doesn’t bode well for those other Republicans running for re-election.

Tuesday is actually Trump’s birthday, with Newsweek’s Ewan Palmer noting as much earlier on Tuesday, pointing out that Rice losing his seat could be a birthday present for the former president. “Donald Trump’s Birthday Present Could Be Two High Profile GOP Scalps,” Palmer wrote, also referring to Rep. Nancy Mace. Although the race is much closer than it was between Fry and Rice, Mace appears to still be ahead of Trump-backed primary challenger Katie Arrington, with over 50 percent.