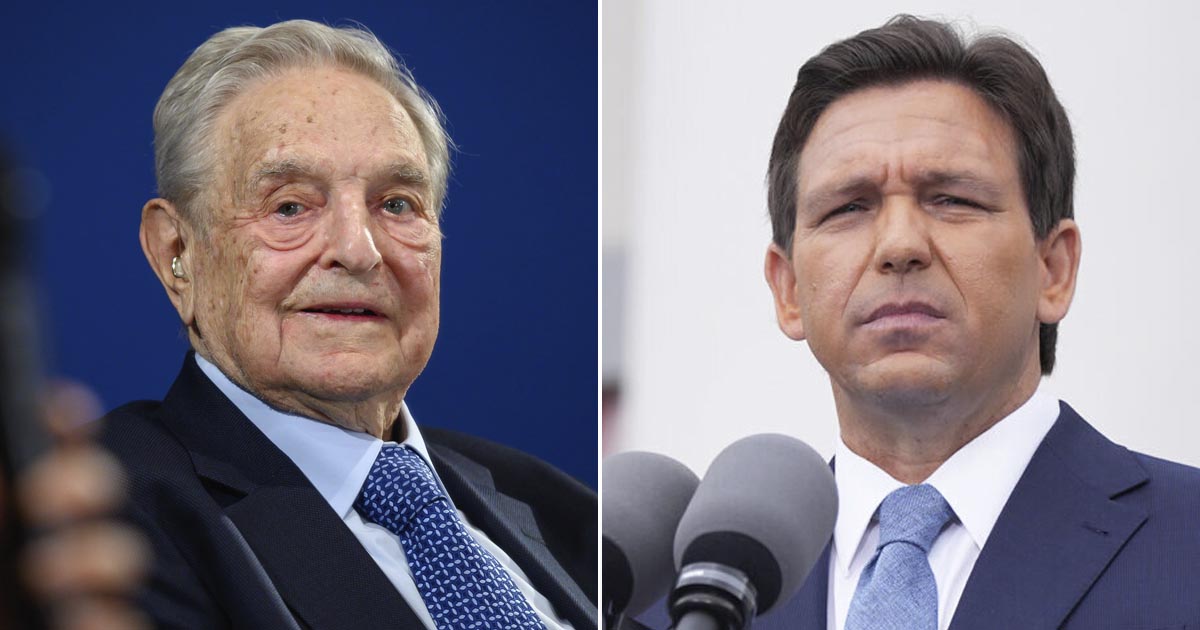 Alianza Americas, a nonprofit funded by Soros’ Open Society Foundations, has been made the target of an ethics complaint for failing to disclose lobbying on two years of its IRS Form 990 IRS tax returns, according to the Washington Examiner.

Alianza is suing DeSantis for transporting illegal aliens from his state to Martha’s Vineyard last year, according to the Examiner.

Authorities hurried to bus the migrants out of the Massachusetts community after DeSantis initially sent them.

The group claimed that DeSantis had targeted “non-white” illegal aliens in its lawsuit, describing the free transportation to the luxury island as an “illegal and fraudulent scheme.”

Alianza filed suit against DeSantis in his official and personal capacities in September.

The National Legal and Policy Center is calling for Alianza to face “civil or criminal penalties” such as the loss of its tax-exempt status for the improprieties.

The charity watchdog referred the Soros-funded group to the IRS in a Wednesday document.

The watchdog accused Alianza of carrying out more than 200 “visits to Congress” between 2017 and 2019, in addition to Congressional briefings advocating for legal privileges for illegal immigrants.

Nonprofit organizations can conduct lobbying if they disclose the practice in their tax returns. Alianza has continued its operations in Congress after leaving them out of the group’s tax returns, according to the Examiner.

Other skeptics of the organization have discovered its listed office address vacant.

Chicago Republicans visited Alianza’s listed address twice in December, only for the nonprofit’s neighbors to reveal that its employees no longer used the office space, according to Fox News.

“I guess it’s not surprising that they operate like a shadow organization, when it would seem that they are repeatedly disregarding the rules, evading investigation, while likely breaching a series of laws designed to maintain the sovereignty of the United States,” Chicago GOP spokesman Jeff Fielder said of the nonprofit, according to Fox.

Alianza has raked in $8.5 million in grands from the federal Department of Health and Human Services — payments which have spurred House Republicans to question if taxpayer dollars were spent to fund the group’s open borders lobbying activity.

Such a use of federal grants is illegal, according to the Examiner.

The Open Society Foundations hasn’t responded to the Examiner’s request for comment on its funding of Alianza.