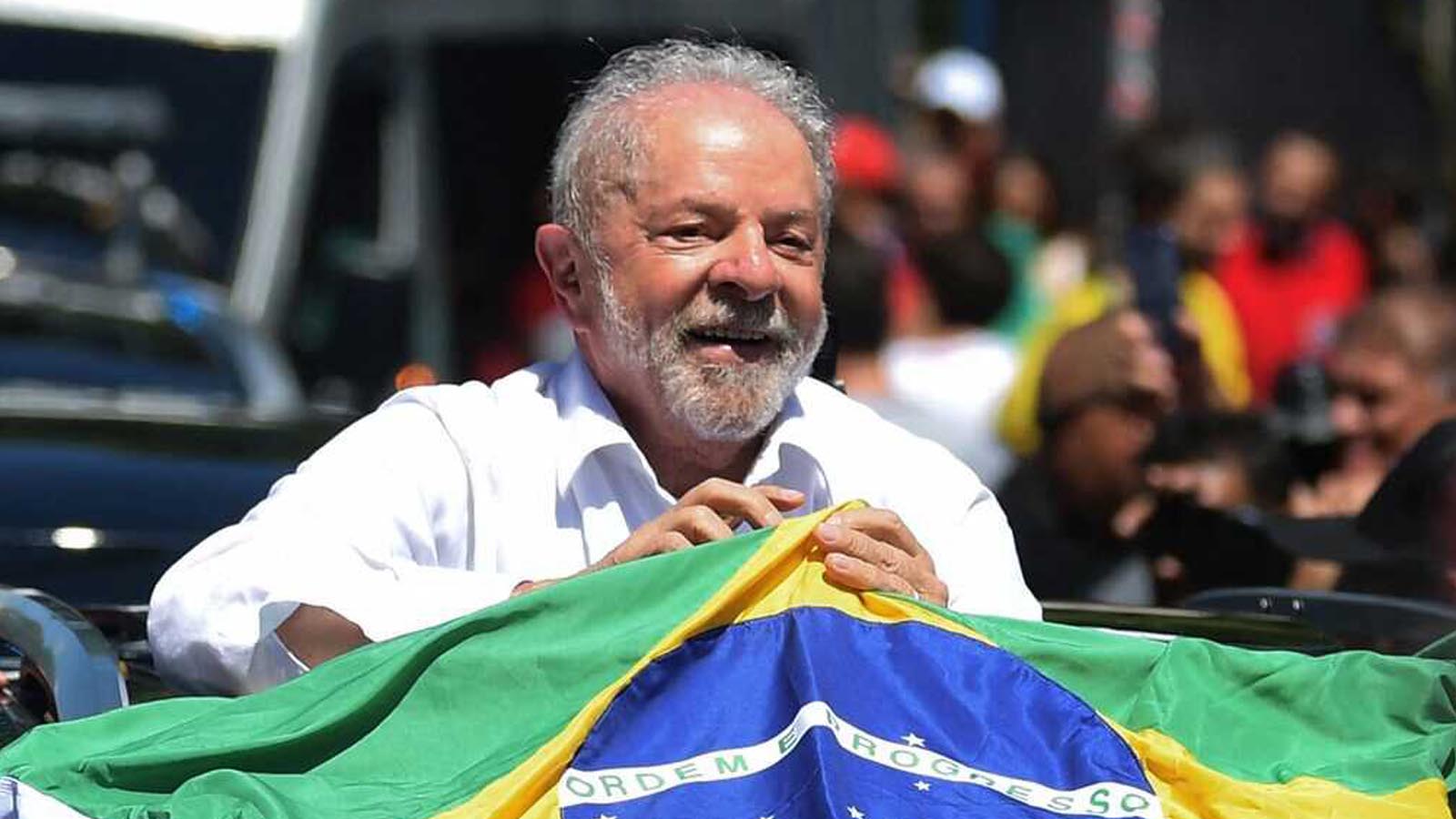 The top electoral authority in Brazil announced on Sunday evening that 77-year-old hardline socialist Luiz Inácio Lula da Silva, once convicted and sentenced to over two decades in prison for alleged corruption, had won this year’s presidential election against incumbent conservative Jair Bolsonaro.

In his first words as president-elect for a third term, Lula vowed to “reconstruct the very soul of this nation” away from the small government, pro-freedom ideals of the Bolsonaro administration.

Little more than a percentage point separated Lula, who served as president previously from 2003 to 2011, from Bolsonaro, as of 10 p.m. ET, representing about 2 million votes in a nation of 214 million people. National newspaper of record O Globo described the results as the closest election since 1989, when Lula narrowly lost to Fernando Collor de Mello, who was impeached and ousted from office over corruption allegations in 1992. Collor later supported the impeachment ouster of Lula’s protege, Dilma Rousseff, in 2016, also prompted by corruption allegations – kicking off the series of events that ultimately led to Bolsonaro’s 2018 victory.

With 99 percent of votes counted, Lula received 50.9 percent of the vote, or about 60.3 million votes. Bolsonaro received 49.1 percent, or 58.2 million votes. The top election authority the Superior Electoral Tribunal (TSE), counted 20.58 percent (32.2 million votes) were “abstentions,” meaning the voter did not choose a candidate at all.

Lula’s high turnout in the northeast – the country’s poorest region and his traditional stronghold, made it possible to defeat Bolsonaro despite the conservative triumphing in the nation’s largest metropolises of Sao Paulo and Rio de Janeiro. Bolsonaro enjoyed his highest support in the Venezuelan border region of Roraima, now heavily populated with socialist refugees, and in the inland state of Rondonia.

While the number of abstentions was far higher than the number of votes dividing the two candidates, the percentage of voters who opted to choose neither candidate dropped slightly from 20.95 percent in the first round, which pitted Lula and Bolsonaro against a larger slate of candidates, to 20.56 percent, an unprecedented result in Brazilian history suggesting the candidates managed to move undecided voters off of the sidelines.

Bolsonaro has yet to comment publicly; rumors in major Brazilian newspapers claim that he is rejecting requests to visit or speak with him. Brazilian news network Jovem Pan reported that sources within Brazil’s presidential palace “did not have an expectation” that Bolsonaro would speak on Sunday. Lula notably did not mention receiving any concession call from Bolsonaro in his victory speech.

Lula delivered an address in which he accused his opponents of trying to “bury [him] alive” but emphasized unity moving forward.

“Today, we are telling the world that Brazil is back,” Lula told a crowd of supporters on Sunday night. “That Brazil is too great to be relegated to that sad role of global pariah. … it is necessary to reconstruct the very soul of this country. To recover generosity, solidarity, respect for differences and love for one another.”

Lula’s victory is particularly momentous given that, during the last round of elections, which Bolsonaro won, he was in prison after being found guilty of buying a luxury beachfront property with bribe money. The case was part of a much larger corruption investigation that came to be known as “Operation Car Wash,” which unveiled a nationwide corruption scheme involving dozens of high-ranking politicians that operated during Lula’s presidential tenure. The government enriched itself by offering overpriced contracts for infrastructure and other public works projects to private contractors, most notably the now-defunct firm Odebrecht, and those private contractors would then use some of the excess money to bribe the politicians, securing future contracts.

Last year, the nation’s top court, the Supreme Federal Tribunal (STF), let the now president-elect run for office again by overturning his condition on the grounds that the judge initially in charge of the case, Sergio Moro, was personally biased against Lula and originally did not have jurisdiction to try the case. The reasoning did not challenge any of the evidence against Lula or the appeals that affirmed the original conviction.

Lula claimed – despite having the bureaucracy of the nation’s top court singlehandedly end his status as convicted felon to allow him to run for office again – that he had faced in this election “not an adversary, but a machinery of the Brazilian state placed at the service of the candidate in this situation to prevent us from winning the elections.”

“They tried to bury me alive,” he complained.

Also taking a victory lap on Sunday was the head of the TSE electoral body, Alexandre de Moraes, who also serves as a justice on the top court. De Moraes led the TSE to heavily censor opinions throughout the second round of campaigning, most prominently banning the Bolsonaro campaign from calling Lula “corrupt” or a “thief” on the grounds that the STF had overturned his conviction on multiple appeals. Jovem Pan complained last week that De Moraes had essentially banned the network from mentioning Lula’s corruption conviction in any capacity at all.

In contrast, while the TSE moved to censor left-wing attempts to smear Bolsonaro as a cannibal, Lula openly accused Bolsonaro of “pedophile behavior” on Flow, one of Brazil’s most popular podcasts, during the second round of campaigning.

“This chapter will end with the victory of democracy, society, and of the voters,” de Moraes said in remarks following the election. “There does not exist any country in the world, not even in the smaller democracies, that publishes results in less than four hours with security, efficiency, and competence.”

Prior to Lula’s victory, leftists began to complain of alleged attempts by conservatives and police officers to block buses full of Lula supporters from reaching their voting stations.

Leftist American President Joe Biden was among the first to congratulate Lula on his reported victory on Sunday. Biden, as a candidate in 2020, had vowed to destroy the Brazilian economy as a presidential candidate if Bolsonaro did not accept an unspecified $20-billion environmental investment, prompting Bolsonaro to later threaten to go to war with the United States. Their relationship never recovered.

‘I send my congratulations to Luiz Inácio Lula da Silva on his election to be the next president of Brazil following free, fair, and credible elections,” Biden said in a statement. “I look forward to working together to continue the cooperation between our two countries in the months and years ahead.”