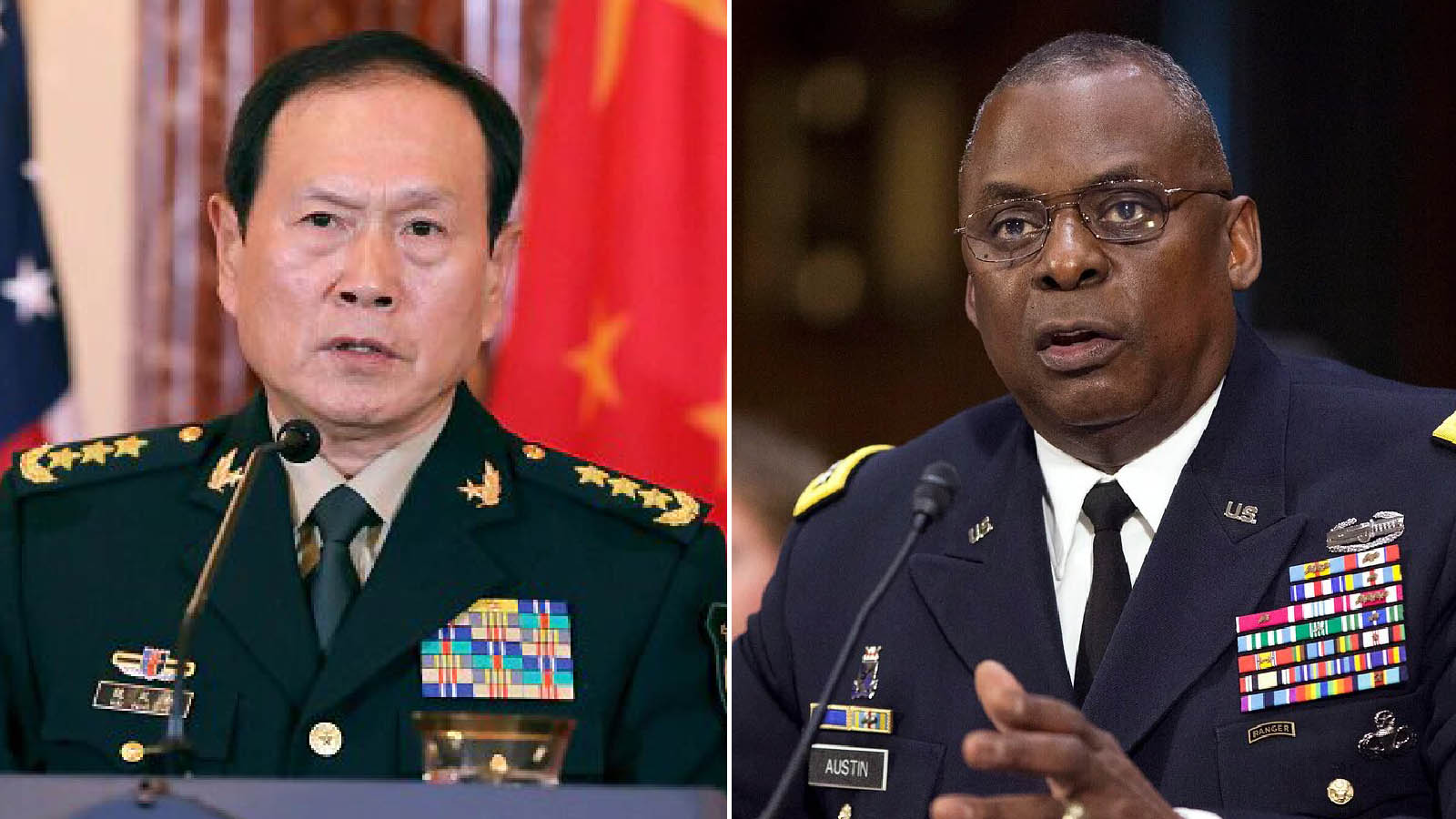 “If anyone dares to split Taiwan from China, the Chinese army will definitely not hesitate to start a war no matter the cost,” warned China’s defense spokesman Wu Qian – who was quoting General Wei.

The saber-rattling continued as the Chinese defense minister declared that Beijing would “smash to smithereens” any effort to maintain Taiwan’s independence. The ministry vowed that Taiwan would be made part of China for the “unification of the motherland.”

During the 30-minute summit at the Shangri-La Dialogue in Singapore, General Wei “stressed that Taiwan is China’s Taiwan… Using Taiwan to contain China will never prevail.”

Qian said the meeting was a “good start” to resuming normal military dialogue, and both countries agreed to continue communicating.

Austin pointed out there has been a “steady increase in provocative and destabilizing military activity near Taiwan.”

Austin called on China “to refrain from further destabilizing actions toward Taiwan.”

“We remain focused on maintaining peace, stability and the status quo across the Taiwan Strait,” Austin proclaimed. “But the PRC’s moves threaten to undermine security, and stability, and prosperity in the Indo-Pacific.”

Austin hinted at a parallel with the Russian invasion of Ukraine, stating that the indefensible assault on a peaceful neighbor has galvanized the world and … has reminded us all of the dangers of undercutting an international order rooted in rules and respect.”

Austin added, “Rules-based international order matters just as much in the Indo-Pacific as it does in Europe.”

“Russia’s invasion of Ukraine is what happens when oppressors trample the rules that protect us all,” Austin said. “It’s what happens when big powers decide that their imperial appetites matter more than the rights of their peaceful neighbors. And it’s a preview of a possible world of chaos and turmoil that none of us would want to live in.”

Austin said the U.S. is committed to “assisting Taiwan in maintaining a sufficient self-defense capability.”

The Pentagon released a statement regarding the meeting.

“Secretary Austin discussed the need to responsibly manage competition and maintain open lines of communication,” the statement said. “The Secretary underscored the importance of the People’s Liberation Army engaging in substantive dialogue on improving crisis communications and reducing strategic risk.”

Austin told his counterpart that the United States “remains committed to our longstanding one-China policy.”

Last month, President Joe Biden broke away from the strategic ambiguity of whether the U.S. would defend Taiwan against an invasion by China.

When asked if the U.S. would defend Taiwan militarily if the CCP invaded, President Biden said, “Yes… that’s the commitment we made. The idea that it [Taiwan] can be taken by force… is just not appropriate. It will dislocate the entire region and be another action similar to what happened in Ukraine.”

The Taipei Times reported this week that Beijing estimates that the Chinese military will be ready to invade Taiwan by 2027.

“China has over the past few years stationed an increasing number of warships along its southeastern coast, as it is seeking to maintain its military advantage in the region and attempting to build a system of intelligence warfare by 2027,” the report said. “By 2027, China is expected to possess regional air defense capabilities, and long-range sea and airstrike systems, which would greatly extend its combat range, following the introduction of its aircraft carriers Liaoning and Shandong, a second-generation Type 003 vessel, as well as the mass production of Type 055 destroyers, Y-20 tanker aircraft, and J-20 fighters.”

Taiwan and China split during a civil war in 1949, and Taiwan has been self-governed ever since. China claims that Taiwan is a breakaway province.

“No one should underestimate the Chinese people’s staunch determination, firm will, and strong ability to defend national sovereignty and territorial integrity,” Xi said last year. “The historical task of the complete reunification of the motherland must be fulfilled, and will definitely be fulfilled.”