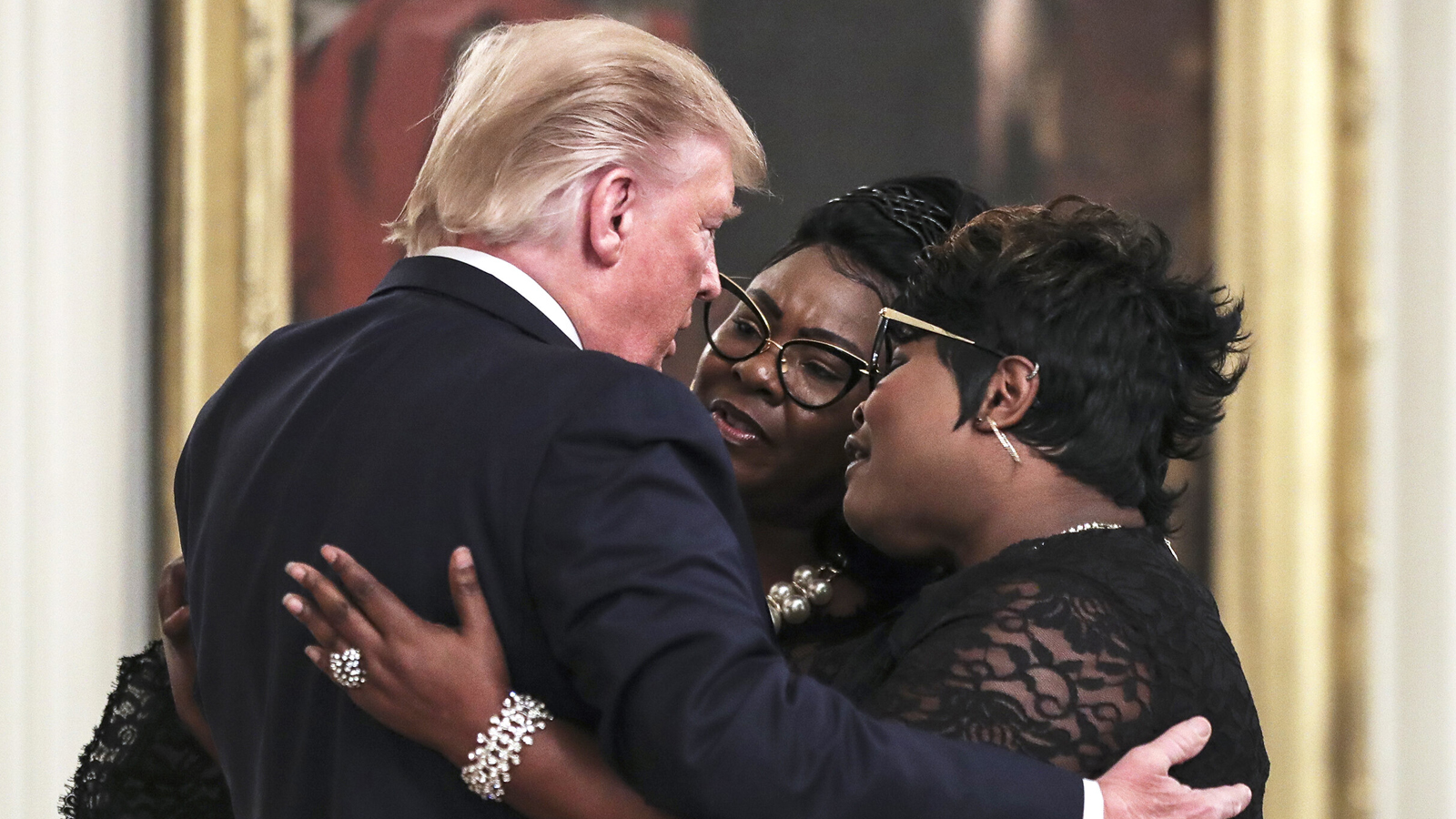 Lynette “Diamond” Hardaway of the pro-Trump duo “Diamond and Silk” unexpectedly passed away earlier this month at her North Carolina home at the age of 51. Far too soon.

Few would argue Hardaway’s status as one of former President Donald Trump’s biggest fans, and as her sister Rochelle “Silk” Richardson revealed during a celebration of life ceremony for Diamond on Saturday, the love between Hardaway and Trump was nothing less than reciprocal.

Not only did Trump heavily promote the ceremony for his friend on his Truth Social platform, but Richardson also took a moment during the ceremony to praise Trump for picking up the cost of the celebration of life ceremony and whatever funeral arrangements Richardson thought would be best for her dear sister.

“Silk talks about how DJT told her to have whatever she wants for Diamonds funeral and he would cover the costs. I love this man,” one Twitter user wrote.

Silk talks about how DJT told her to have whatever she wants for Diamonds funeral and he would cover the costs. I love this man 🥰 pic.twitter.com/wjkeno8GWZ

“I got to tell this,” Richardson said. “And I pray and hope that it is OK with President Trump because, he does things and it don’t get out in public, and now that I have the world’s attention, I have to say this.”

At that moment, during the ceremony, which was open to the public, cheers and clapping could be heard among those in attendance.

Pointing at Trump, seated to her left on the stage, Richardson said, “That’s what this man did for my sister! He didn’t waver. He didn’t think about it.”

Many social media users agreed, with one Twitter user writing, “That’s a good man. I don’t care what people say about Trump. His decency is never reported and his bad behavior is always exaggerated.”

That’s a good man. I don’t care what people say about Trump.His decency is never reported and his bad behavior is always exaggerated.

She pointed out the stark contrast between Trump and President Joe Biden.

“This is what a president is supposed to do,” Richardson said, again pointing at Trump, drawing more cheers. “See, Jim Crow Joe Biden ain’t called me yet. He ain’t gonna call me.”

One Twitter user wrote, “Juxtapose this with Biden checking his watch while the caskets of 13 brave service members were being deplaned.”

Juxtapose this with Biden checking his watch while the caskets of 13 brave service members were being deplaned.

Richardson also revealed the heartwrenching final moments of her sister’s tragic and unexpected death as she spoke at the public ceremony.

“It was sudden, out of nowhere, and no warning. I got her to the kitchen table, opened up the back door, so that she could get some air. And each breathe was less and less and less until her eyes became a stare,” Richardson said.

“But what I want to say to everybody is don’t you dare call me a conspiracy theorist because I saw it happen. I saw how it happened. I was there when it happened. And it happened suddenly,” she said. “I want America to wake up and pay attention. Something ain’t right. It’s time to investigate what’s really going on here and get some answers to why are people falling dead suddenly.”

Trump, who values loyalty above all else, ensured his friend, “Diamond,” was well taken care of. What a wonderful send-off for his most devoted and vocal supporters and an absolute blessing for Hardaway’s family and friends.