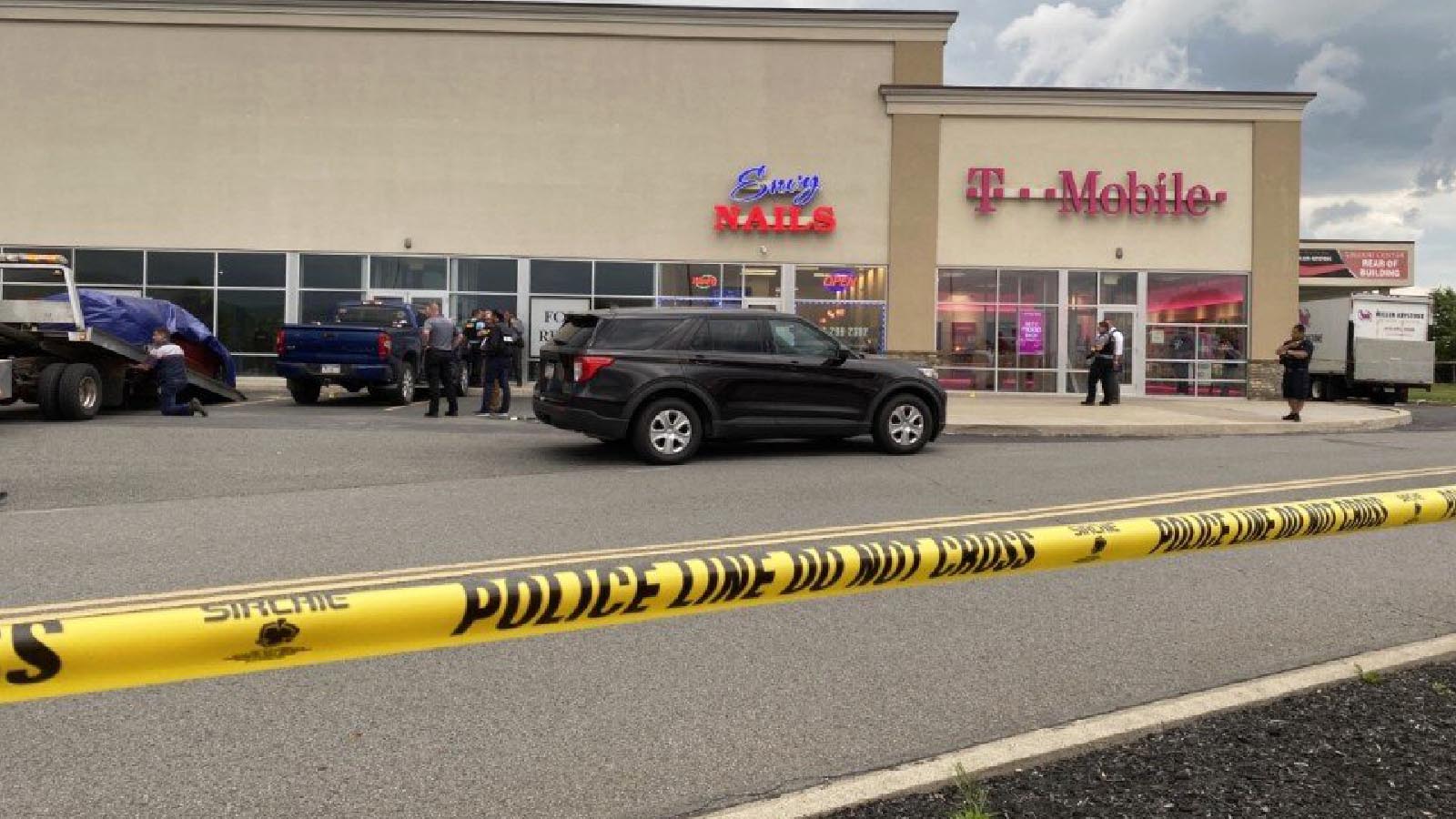 There is a massive police presence near the Walmart on Route 315 in Pittston Township after reports of a shooting.

Armed state and local police have taped off the area of a shopping plaza to the left of Walmart where a yellow evidence marker is on the ground and a blue tarp has been placed over a vehicle parked near Envy Nails salon.

Officials are asking residents in Dupont and Pittston Township to shelter in place and keep their doors locked.

State police tell Eyewitness News several shots have been fired and they are searching for a suspect who is now wanted for attempted homicide.

Police are shutting down roads around the Walmart and the Pilot Travel Center. According to state police, Route 315 is closed in both directions at this time.

Eyewitness News crews saw a helicopter circling the area as police vehicles lined the side of Route 315 with armed officers and K9s canvassing the area. Drivers are advised to avoid the area.

An ambulance could be seen leaving the area as Eyewitness News crews arrived.