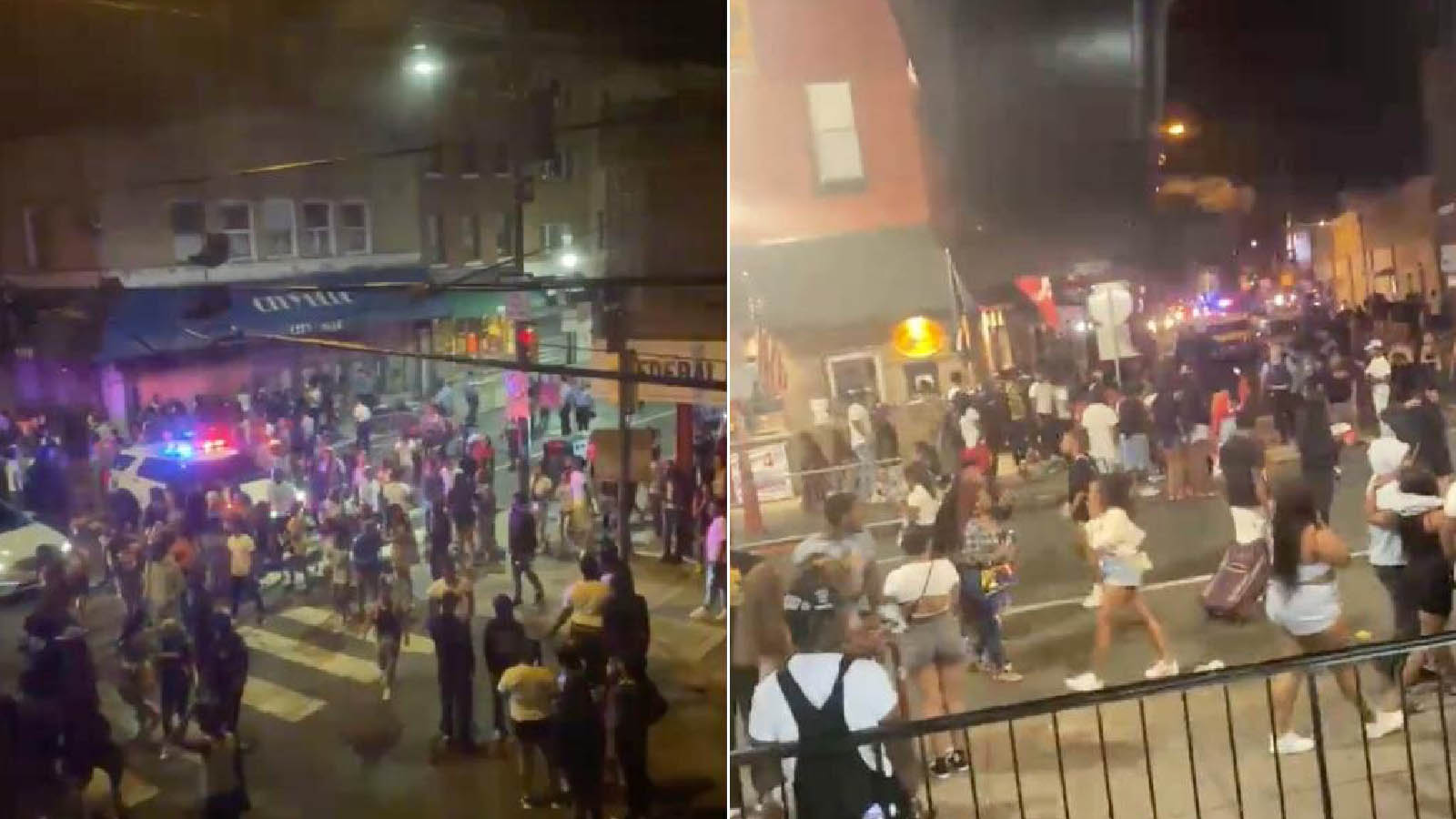 Patrolling officers heard numerous gunshots go off and rushed to the area, where they saw “several active shooters” firing into the crowd, Inspector DF Pace told the station.

One responding officer shot at one of the gunman, police said. It’s unclear if he was hit.

At least one shooter dropped their gun, which was equipped with “an extended magazine,” The Philadelphia Inquirer reported. Cops found two guns at the scene, according to the newspaper.

Cops said two of the deceased include a 25-year-old woman and a 22-year-old man, the newspaper said.

Seven victims were taken to Thomas Jefferson University Hospital, including one of the deceased victims.

*Alert* Emergency personnel are responding to a shooting incident in the area of 3rd and South Streets. Several people have been injured. Please avoid the area.

Five others were taken to Pennsylvania Hospital, including the suspect, police told the newspaper.

Three other victims were taken to Penn Presbyterian Medical Center.

The conditions of the victims were not immediately available. No officers were injured, according to police.

Joe Smith, 23, was waiting outside of the Theatre of the Living Arts on South Street when shots were fired just 10 feet from the venue, he told the Inquirer.

”Once it started I didn’t think it was going to stop,” Smith said. “There was guttural screaming. I just heard screams.”

He told the paper he instantly thought of the recent mass shootings in Uvalde, Texas and Buffalo, New York once he heard gunshots.

No arrests have been made at this time. Police are looking for surveillance footage to try to identify the shooters.