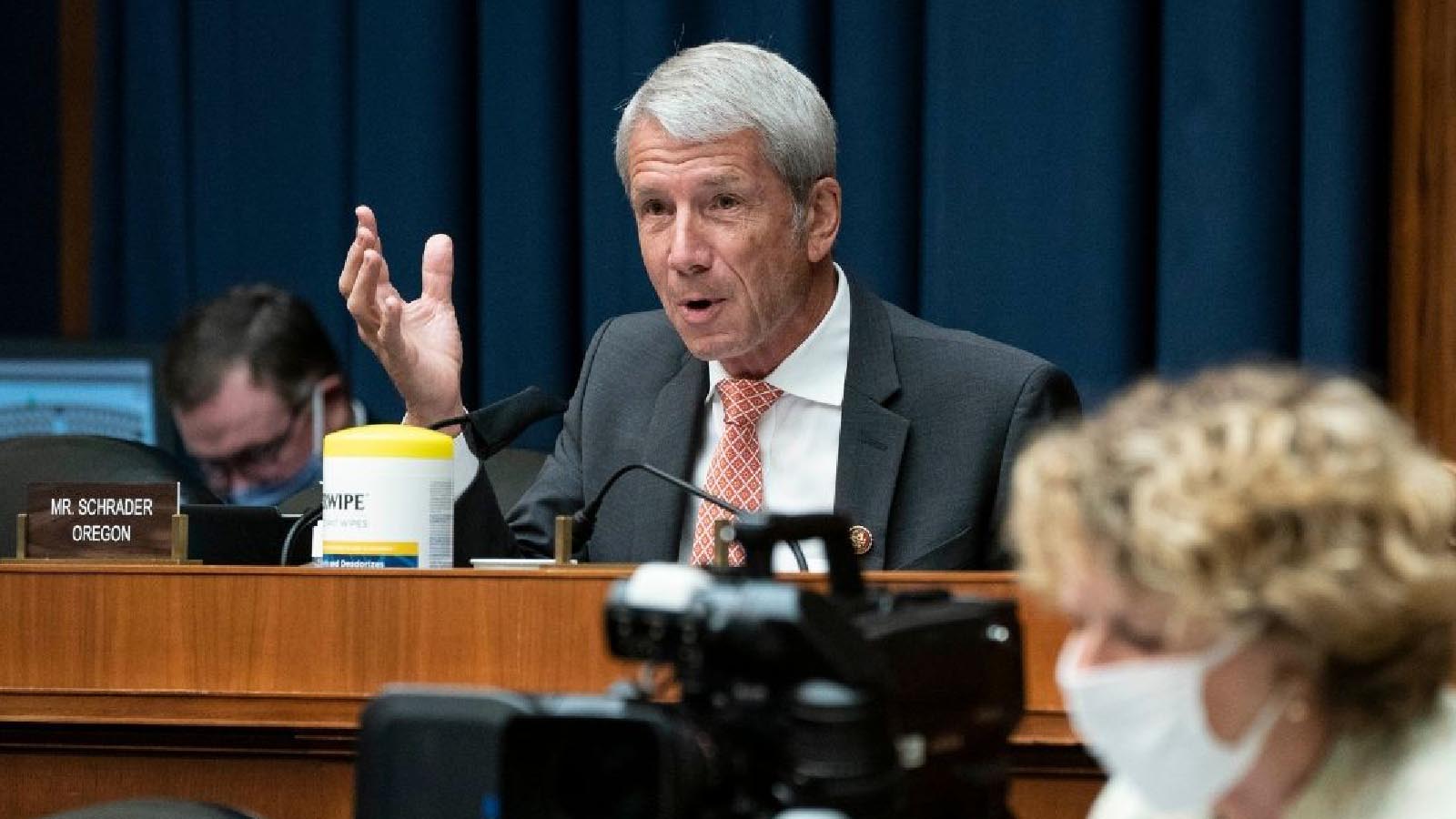 Seven-term U.S. Rep. Kurt Schrader, a centrist who was endorsed by President Joe Biden, has been ousted in the Democratic primary in Oregon by progressive challenger Jamie McLeod-Skinner after results were delayed more than a week by a ballot-printing issue.

The vote count in the state’s 5th Congressional District was slowed because tens of thousands of ballots were printed with blurry bar codes, making them unreadable by vote-counting machines. Workers in Clackamas County, the state’s third-largest county, had to transfer votes by hand to fresh ballots so they could be tallied. That process continued Friday for other races yet to be called.

McLeod-Skinner had the backing of the local Democratic parties in all four counties covered by the redrawn seat, which now leans a little less blue.

In her campaign, she urged stronger action to combat climate change and complained that Schrader was too conservative. She also portrayed Schrader as a politician who had lost touch with his party’s base and in the pocket of large pharmaceutical companies on issues like prescription drug prices.

McLeod-Skinner will face Republican Lori Chavez-DeRemer in November. Chavez-DeRemer is the former mayor of Happy Valley, Oregon. She has said she will support businesses and police and address the southern border crisis.

In a statement on Twitter, McLeod-Skinner thanked Schrader for his years of service and said Oregon Democrats should see the contest’s outcome as “an evaluation of our ideas and as a confirmation of our values.”

“From Sellwood to Sunriver, Oregonians never stopped believing we can protect our families, our climate and our civil rights,” she wrote. “Oregonians — this is your victory.”

Biden made Schrader his first endorsement of the year but it didn’t help the moderate Democrat in a district that now includes Bend, one of the state’s fastest-growing Democratic areas.

Schrader has voted against some of Biden’s priorities, including a plan to let Medicare negotiate the price it pays for prescription drugs.

A year ago, he was one of only two members of his party to vote against a $1.9 trillion pandemic relief bill because, among several reasons, he did not support including an increase to the minimum wage.

What remains to be seen is if McLeod-Skinner will compete well in the general election in a district that is split fairly evenly between Republicans and Democrats.

The Republican nominee, Chavez-DeRemer, is endorsed by the third-ranking House Republican, U.S. Rep. Elise Stefanik of New York — an endorsement Chavez-DeRemer highlighted in her primary campaign in a crowded field. That might play well in more conservative parts of the redrawn district, which for the first time stretches from the Pacific Coast to central Oregon.