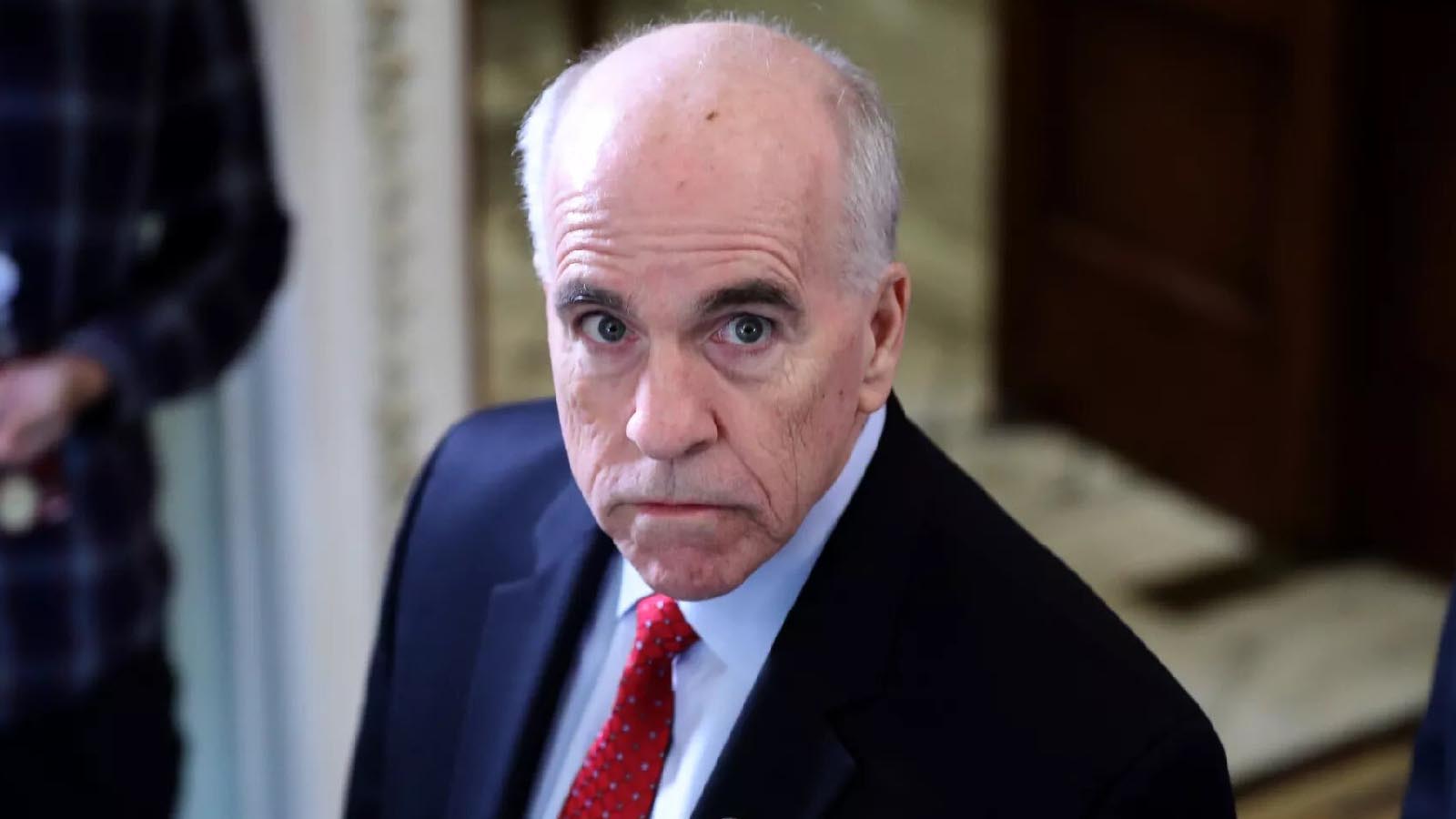 There were multiple reports on Monday about the death of Michael Stenger, the Senate sergeant-at-arms who was responsible for security in the Senate during the Capitol riot. According to Fox News’ Chad Pergram, Stenger died Monday morning. 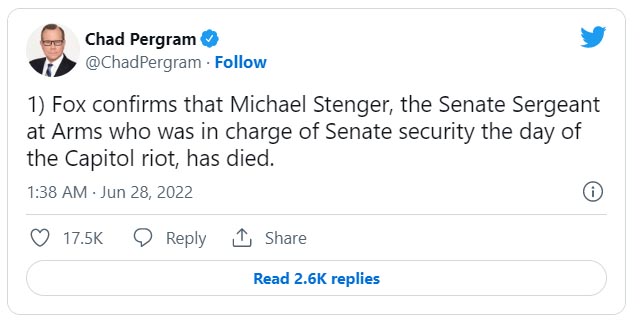 The Washington Examiner also reported on it, saying that the cause of his death was “not immediately clear.”

Stenger stepped down in the wake of the Jan. 6 riot, after then-Senate Majority Leader Mitch McConnell asked for his resignation. He had been the Sergeant-at-Arms for the Senate between 2018 and 2021. Previously, he had served in the Secret Service.

Ultimately, it took over four hours for the National Guard to arrive on the scene that day, and some have questioned whether Stenger and his onetime House counterpart, Paul Irving, could have called for backup sooner, WUSA9 reported.

In response to the security breach on Jan. 6, Congress passed a raft of procedural reforms to quash any confusion in the rules about what authority Congress’s security team had to call for reinforcements.

Stenger testified before Congress in 2021, saying there should be investigations of the funding and travel of what appeared to be “professional agitators.” It’s not clear who he was referencing in that testimony.

News of Stenger’s death, without the cause being announced immediately, set off questions.

It came after the Jan. 6 Committee announced that it would be meeting on Tuesday, in a surprise move.

JUST IN: The Jan. 6 committee has scheduled a short-notice hearing to share recently obtained evidence. pic.twitter.com/Ijn96X8sfi

They had previously said that they would not be holding any more hearings until July.

The Committee did not share why they had changed their minds, only saying that they would be holding a hearing at 1 pm. tomorrow to “present recently obtained evidence and receive witness testimony.” The House is in recess, so they seem to want to stoke suspense about what they might have. But, given their history of lies and nonsense, expect something that they will spin as significant really isn’t. But at this point, they must be trying all they can think of to get the attention of the American people,since polls have shown people aren’t watching –and even Congressional Democrats saying “no one gives a bleep” about it.