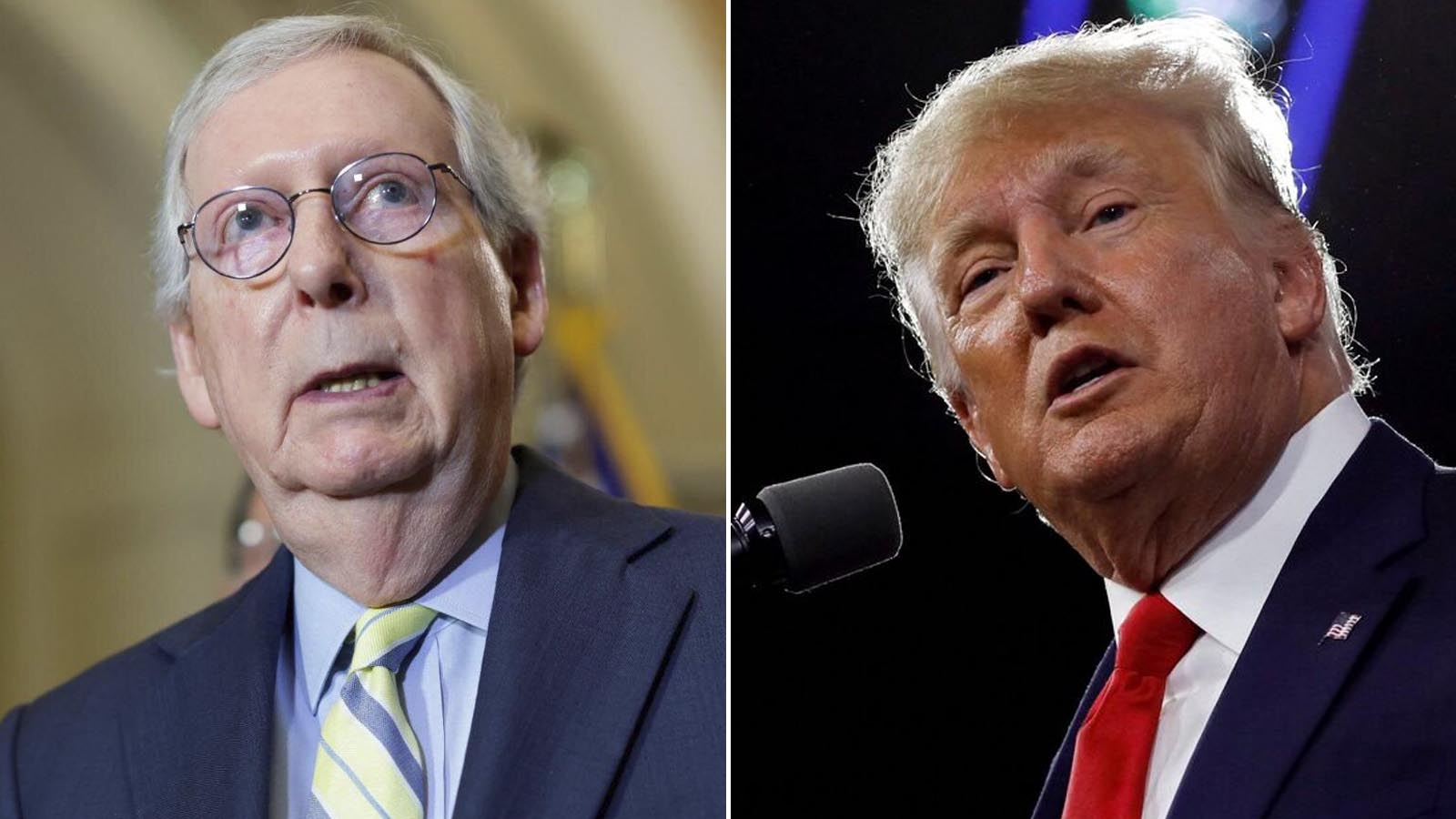 “I think we’re going to have a crowded field for president,” McConnell said, answering a question about his thoughts on Trump again running for president.

The senator echoed a February 2021 comment—made less than two weeks after he claimed Trump’s words before the Jan. 6, 2021 breach of the capital were “disgraceful dereliction of duty”—when he told Fox News that he believed “at least four members” were planning on running for president, alongside Republican governors.

“There’s no incumbent. Should be a wide-open race,” the lawmaker said at the time.

McConnell also said he’d “absolutely” support Trump if the 45th president were to become the Republican presidential nominee in 2024.

Meanwhile, Trump has been highly critical of McConnell’s public statements against him after Jan. 6, frequently referring to the Kentucky Senator as an “old crow.”

“The Republican Party can never again be respected or strong with political ‘leaders’ like Sen. Mitch McConnell at its helm,” Trump said in a statement in February 2021.

“McConnell’s dedication to business as usual, status quo policies, together with his lack of political insight, wisdom, skill, and personality, has rapidly driven him from Majority Leader to Minority Leader, and it will only get worse,” Trump continued.

McConnell’s comments came after Trump stepped up his presence in the political arena and gave plenty of hints about running in two years.

The 45th president said at a July 9 rally in Alaska that he “may have to do it again,” referring to running for the presidency in 2024.

He also said in a New York Magazine interview on July 14 that he has made up his mind about whether to step on the presidential track in 2024, but the “big question” for him is the timing of his announcement.

“I feel very confident that, if I decide to run, I’ll win,” he told the outlet.

Trump is scheduled to deliver a keynote speech at a two-day event held by the America First Policy Institute, a high-profile gathering that will feature many elements of his 2016 platform.

Trump’s attendance at the event would be the first time the 45th president makes an appearance in Washington after leaving office in 2021. The event features speeches of current and former GOP officials and high-profile conservative figures—excluding McConnell.

“The America First Policy Institute is excited to welcome President Donald Trump back to Washington, D.C. Our team will introduce a policy agenda that will get our country back on the right track,” Brooke Rollins, president and CEO of AFPI and former director of the White House Domestic Policy Council under Trump, said in a press release on July 14.

“These policies worked before, and they will work again. America’s future is America First!” Rollins said.