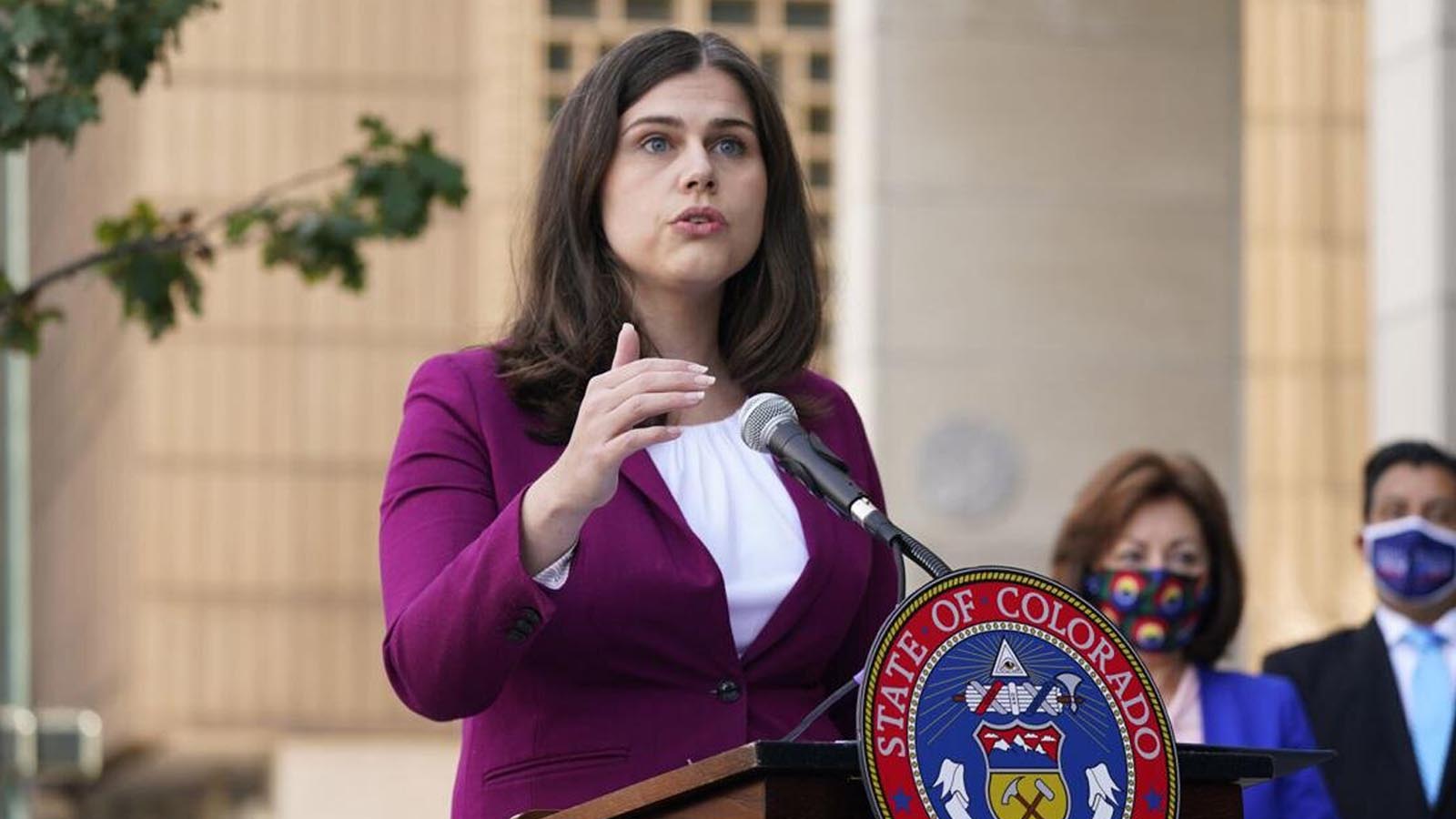 In October 2022, the Colorado Secretary of State’s office acknowledged that it mailed more than 31,000 voter registration instruction cards to foreign nationals living in the state.

The registration information was sent out in the months leading up to the 2022 midterm elections.

PILF, a national election integrity watchdog group, is investigating who was responsible for the mailing and how state election roll maintenance is conducted in Colorado.

In the press release, PILF alleged, “ERIC played a significant role in this error.”

Under the terms of the contract, ERIC requires the secretary of state to periodically mail out voter registration information to all eligible but non-registered individuals.

In return for a one-time membership fee of $25,000 and yearly dues, ERIC is obliged to provide the secretary of state’s office with data flagging deceased persons or people who have moved out of state or moved within the state but remain on the voter roll.

Per contract, at least every 60 days, Colorado provides ERIC with the state’s driver and motor vehicle licensing records.

From this information, along with the Social Security death registry and other sources, ERIC compiles a report and sends it to the secretary of state.

At the time the Colorado mistake came to light, officials of the secretary of state’s office said the list of the 31,000 recipients was created by comparing the statewide voter roll and the list of the state’s licensed drivers.

In the Jan. 5 report PILF said, “That very comparison is a core ingredient in membership in ERIC.

“It is intended to find eligible citizens who are not registered to vote and to encourage them to register to vote.”

To deal with the situation, the Colorado Secretary of State’s office sent a second mailing to non-citizens informing them that the first mailing had been sent in error and clarified voter eligibility requirements.

The SOS also installed an electronic block to prevent a foreign national from registering to vote online.

Daily comparisons were authorized between the 31,093 non-citizens, the Eligible But Unregistered voter list, the state voter roll, and the state’s Department of Revenue tax roll—a document that contains a citizenship marker.

According to PILF, in Moffat County (in which 54 foreign nationals received voter registration information cards), the state forbade local election officials from knowing who they were, citing unspecified “potential legal issues” as the reason for the denial.

“When the Secretary of State of Colorado did not disclose to county officials the names of the foreigners offered voter registration materials…she hid the ability of the public and law enforcement from ascertaining whether, indeed, foreigners did register to vote,” said the PILF report.

The report pointed to another much different legal consequence caused by the state’s actions.

The ability of a foreign national to someday become a naturalized U.S. citizen could be jeopardized if he is found to have been, even for a short time, illegally registered to vote.

PILF referred to instances it has documented around the country of naïve and unwitting non-citizens being deported because of a bureaucratic glitch by which they illegally registered to vote.

PILF has been embroiled in a year-long, ongoing legal battle with Griswold to force her to make records pertaining to election roll maintenance public.

PILF investigators requested to inspect and copy the lists ERIC is providing. They also requested to see Griswold’s plan outlining the steps her office is taking toward correcting the irregularities on the roll that are brought to its attention.

When ERIC provides its findings, Colorado has 90 days to initiate contact with at least 95 percent of the voters whose data indicates a possible inaccuracy.

Within 10 days of the expiration of the 90 days, the secretary of state must provide ERIC with a written certification that she has complied with the requirement.

According to court documents, PILF made its first request for data from ERIC concerning deceased and relocated registrants in June 2021.

Griswold’s office did not respond.

After a second request, Griswold flat-out refused to provide the information, citing the federal Driver’s Privacy Protection Act (DPPA) of 1994.

The DPPA prohibits the release or use of a motorist’s personal information by any state department of motor vehicles or other state employee or contractor without the driver’s permission.

There are several exceptions to the DPPA’s privacy protection.

For example, the data may be shared for the purposes of legitimate government agency functions; or if the personal information is to be used for not-for-profit motor vehicle research.

Griswold made clear in a letter to PILF that her office was not denying the foundation’s requests based on any clauses in Colorado’s membership agreement with ERIC—something that has been used in other states as a justification for refusing citizens’ requests for public information.

On Aug. 20, 2021, PILF formally notified Griswold that she was in violation of federal law for failure to permit public inspection of Colorado’s state voter list, as required by the National Voter Registration Act (NVRA).

The NVRA, also known as the “Motor Voter Act,” took effect in January 1995. It requires all states to allow qualified persons to register to vote when renewing their driver’s licenses or applying for social services.

PILF gave Griswold 90 days to “cure the violation,” or face a lawsuit.

A lawsuit was filed by PILF against Griswold on Dec. 16, 2021, in the United States District Court for the District of Colorado.

The case is still pending.

The 14-page complaint contends that the requested records fall within the scope of the NVRA’s public disclosure provision.

The NVRA also requires state election authorities to preserve all voter list maintenance records for a minimum of two years.

The complaint provides documentation that Griswold admitted to retaining copies of the deceased voter list she receives from ERIC for “just a few months.”

Plaintiff has asked the court to declare Griswold is in violation of the NVRA, to order her to provide PILF with the requested records, and to enjoin her from denying similar requests in the future.

PILF’s president, J. Christian Adams, said in a statement, “The public should be able to see all of the records so we can hold election officials accountable.”