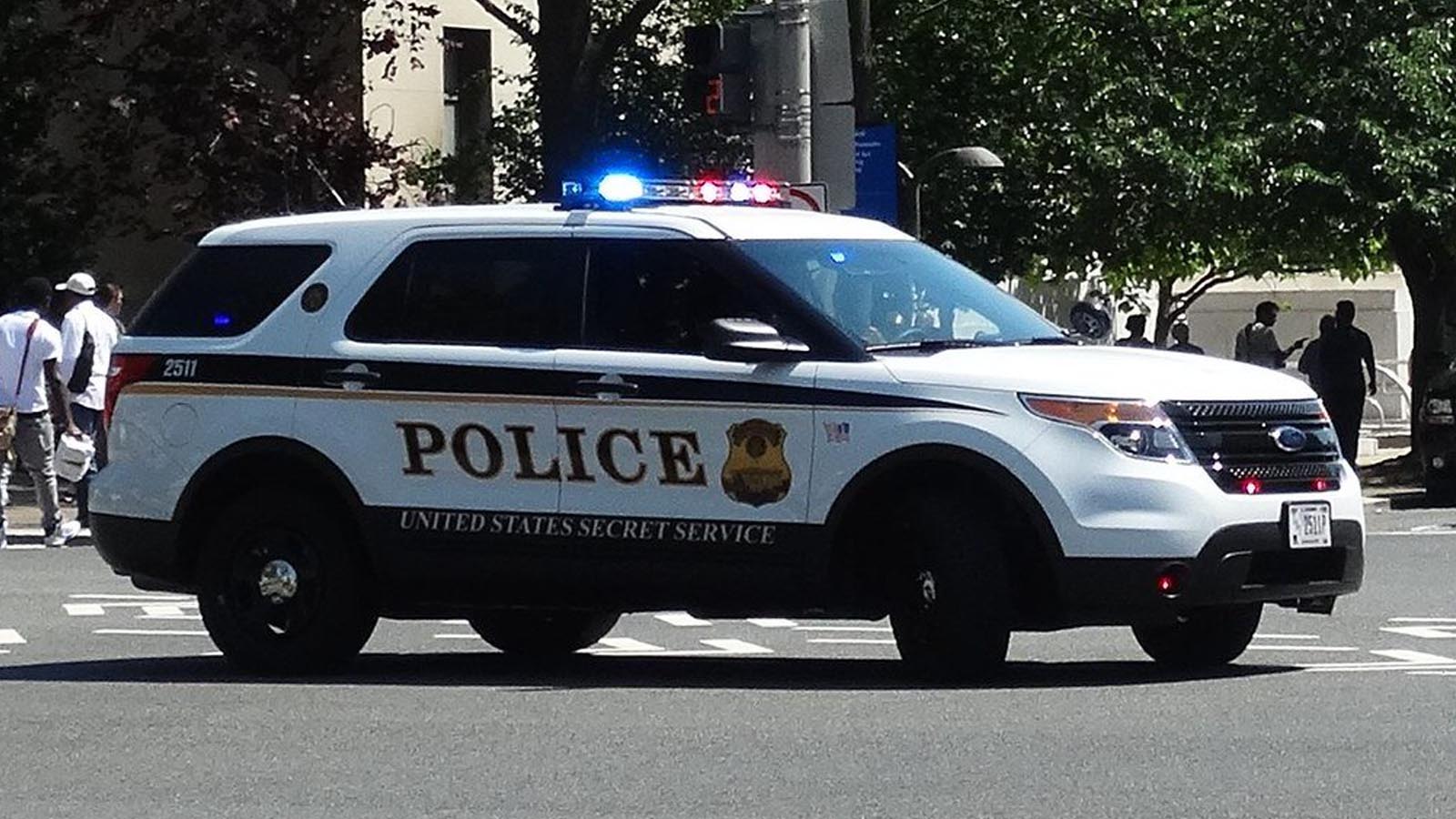 Multiple Secret Service officers were hospitalized for exposure to an unknown substance during a traffic stop outside the Vice President’s office building in Washington this morning.

The officers were exposed to a ‘powdery substance’ during a traffic stop just outside the Eisenhower Office building, which is located just a block from the White House’s West Wing.

They were transported to a hospital for evaluation, and the driver was taken into custody.

The Secret Service said the officers’ treatment was only ‘precautionary evaluation.’

‘Shortly before 11am, Secret Service Uniformed Division officers made a traffic stop in the 1700 Blk of New York Avenue,’ the Secret Service told DailyMail.com in a statement.

‘During the stop, officers came in contact with a powdery substance believed to be suspected narcotics. One individual was taken into custody and officers were transported to an area hospital for precautionary evaluation.’

The Washington DC Fire Department also responded to the scene.

The incident comes the same day a section of the Rayburn House Office building – just next door to the US Capital building – was locked down after a suspicious package was found in the office of Mississippi Rep. Bennie Thompson.

The US Capital Police confirmed that a letter containing troubling language was tested for dangerous substances.

The letter was deemed not dangerous, and the office was reopened.