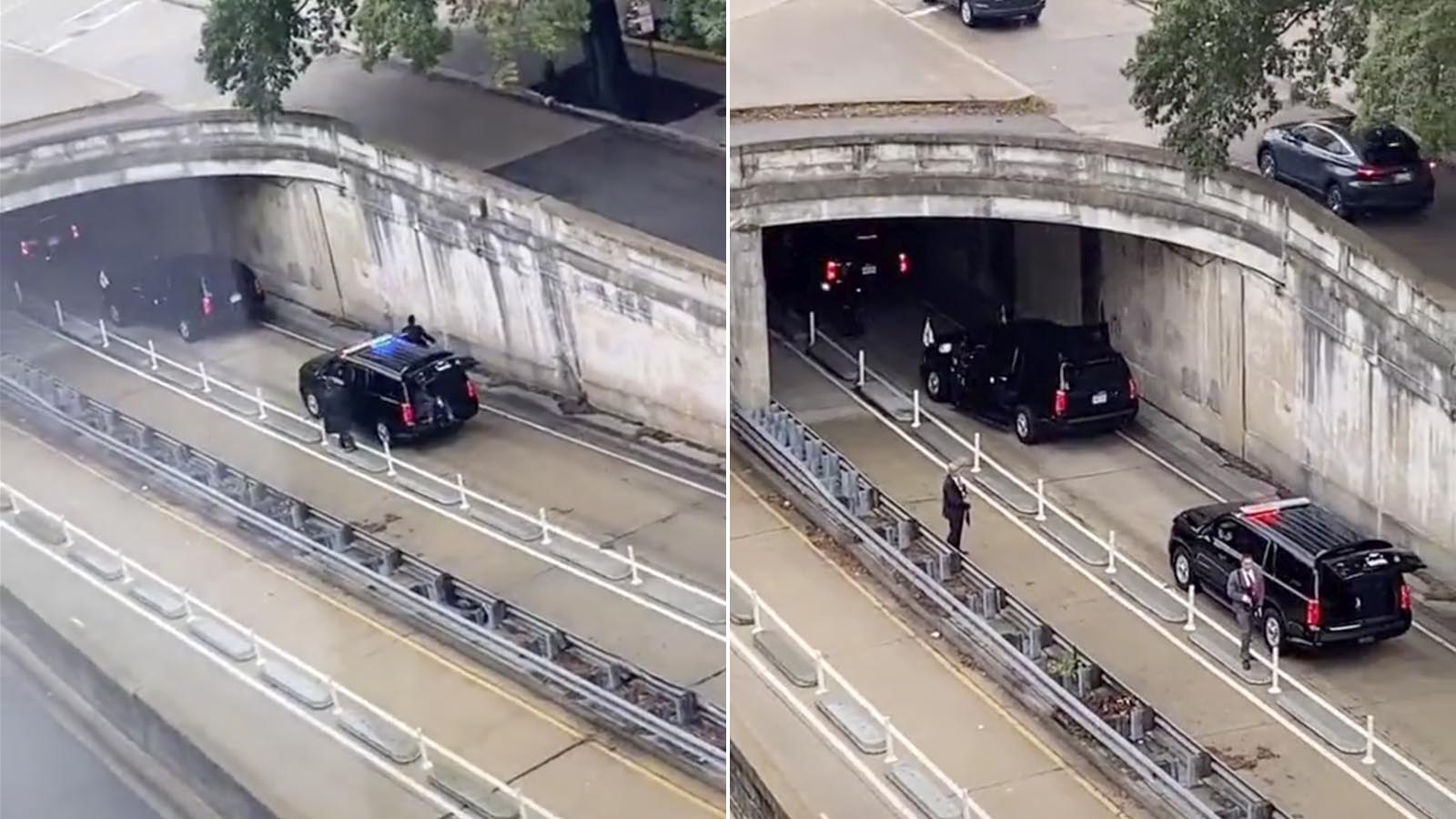 The Secret Service is being accused of downplaying an accident involving Vice President Kamala Harris’ motorcade that required Harris to be transported to a different vehicle.

On Monday, a TikTok video of Harris’ motorcade blocking a tunnel in Washington, D.C., went viral.

The video shows Secret Service agents escorting Harris from a black SUV that people in the video said had “crashed.”

Secret Service agents initially claimed a “mechanical failure” forced Harris to be transferred to another vehicle, thus delaying her arrival at the White House Monday morning.

But by Monday afternoon, Secret Service Director Kim Cheatle received word that her agents had not “accurately conveyed” what happened, the Washington Post reported. A “mechanical failure” had not, in fact, stopped the motorcade. Instead, the driver of Harris’ SUV allegedly struck side pavement hard enough that one of the vehicle’s tires needed immediate replacement.

Cheatle, according to sources who spoke to the Post, “has confided to allies that she was disturbed by the inaccuracy of the alert related to the Harris accident.”

A spokesperson for the agency deflected accusations that agents tried to downplay the severity of the incident.

According to spokesman Anthony Guglielmi, agents communicated bare-bones information when the accident happened, but later updated their superiors with all pertinent details.

“During a protective movement Monday, a vehicle in a motorcade had a minor overcorrection and struck a curb,” he said in a statement. “The protectee was transferred to a secondary vehicle, and the motorcade continued to its destination. There were no injuries to anyone.”

“Initial radio traffic indicated this was a mechanical failure, and that was communicated to agency leadership by personnel supporting the motorcade movement,” Guglielm added. “After the protective movement was completed, leadership was verbally updated with additional pertinent facts that the vehicle struck a curb.”

The Post said attempts to downplay the accident are yet another example of the Secret Service trying to “cover up” serious incidents, including multiple situations during the Obama administration.