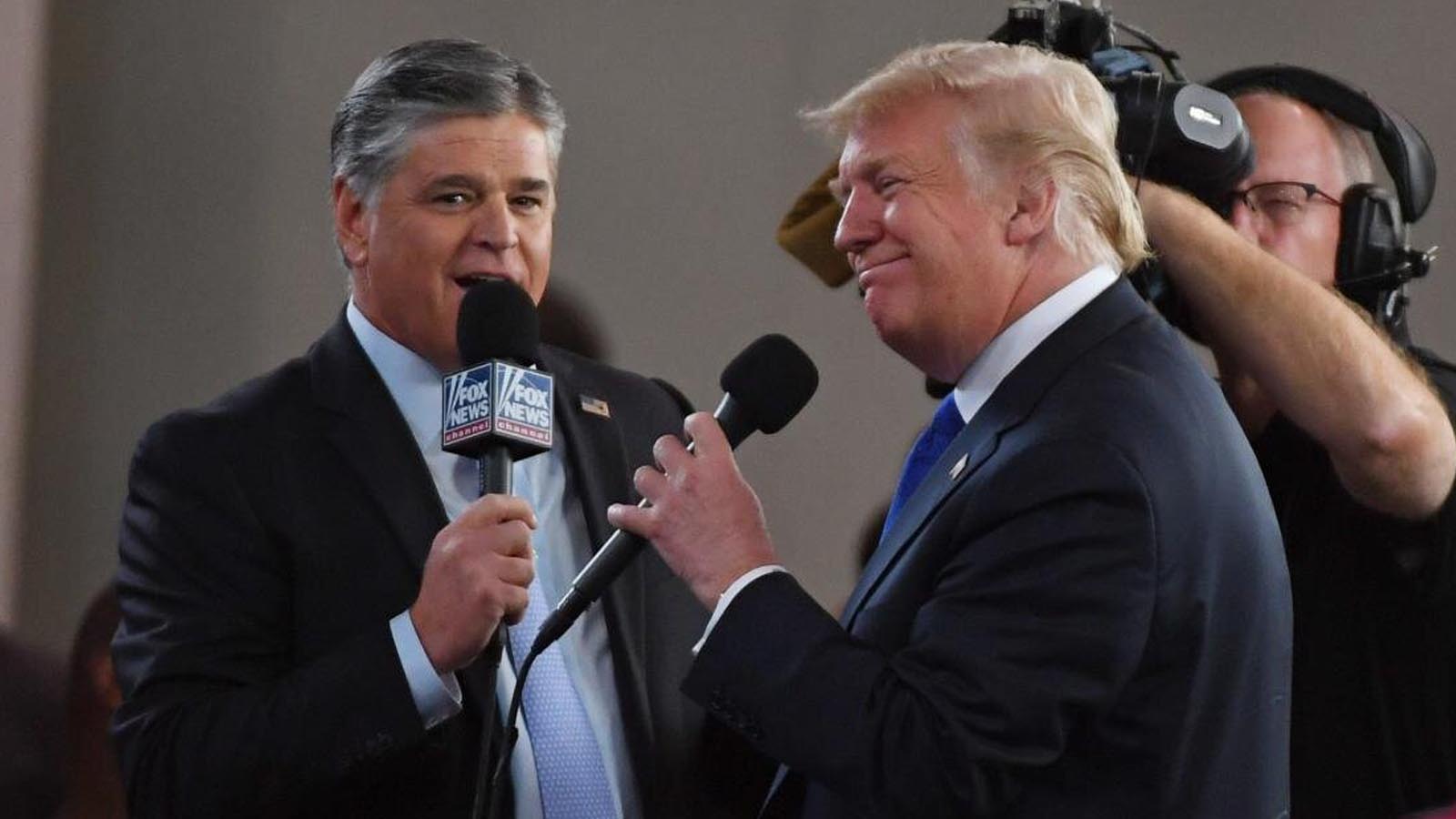 The Jan. 6 Committee released its final report this past week.

The committee released its final report this week and recommended charges against Former President Donald Trump. 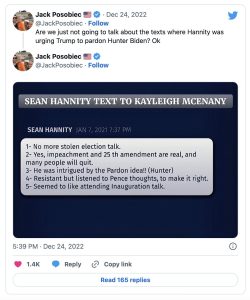 Sean told Dominion investigators in sworn testimony that he did not believe the election was stolen.

The January 6 Committee leaked this to the press back in January 2022.

The House Jan. 6 committee on Thursday released more communications between White House staff and outside figures before, during, and after the deadly Capitol insurrection.

In its letter requesting the voluntary cooperation of Ivanka Trump, the committee included new texts from Sean Hannity, adding another dimension to what has already been revealed about how freaked out the Fox News host was in the aftermath of the attack. Specifically, Hannity was worried Trump could get himself impeached if he kept braying about the election being stolen. In a text to then-White House Press Secretary Kayleigh McEnany, the Fox News host offered a five-point plan.

McEnany agreed with these suggestions, according to the committee’s letter, as well as with Hannity’s specific recommendation that the president be kept away from certain people. “…Key now. No more crazy people,” he stressed.

Hannity did not, however, seem to have any qualms with pushing the Big Lie on his show. On the night he sent the texts, Hannity did not push back when Rep. Matt Gaetz (R-Fla.), asserted that Trump “won this election in a landslide.” In fact, Hannity said that state legislatures “need to get working now” to fix the voting and election certification process.

Trump was a lame duck, facing a second impeachment with only two weeks left in office. He had few friends, a skeleton staff, and was coming out of a public relations nightmare. His powers were limited. But he still had one unlimited power: the presidential pardon.

On Thursday, the Jan. 6 Committee released text messages between Hannity and then-White House press secretary Kayleigh McEnany. In those text messages, Hannity appears to debrief McEnany on a conversation he had with Trump the day after the attack on the U.S. Capitol.

One item from that conversation: “He was intrigued by the pardon idea!! (Hunter)”