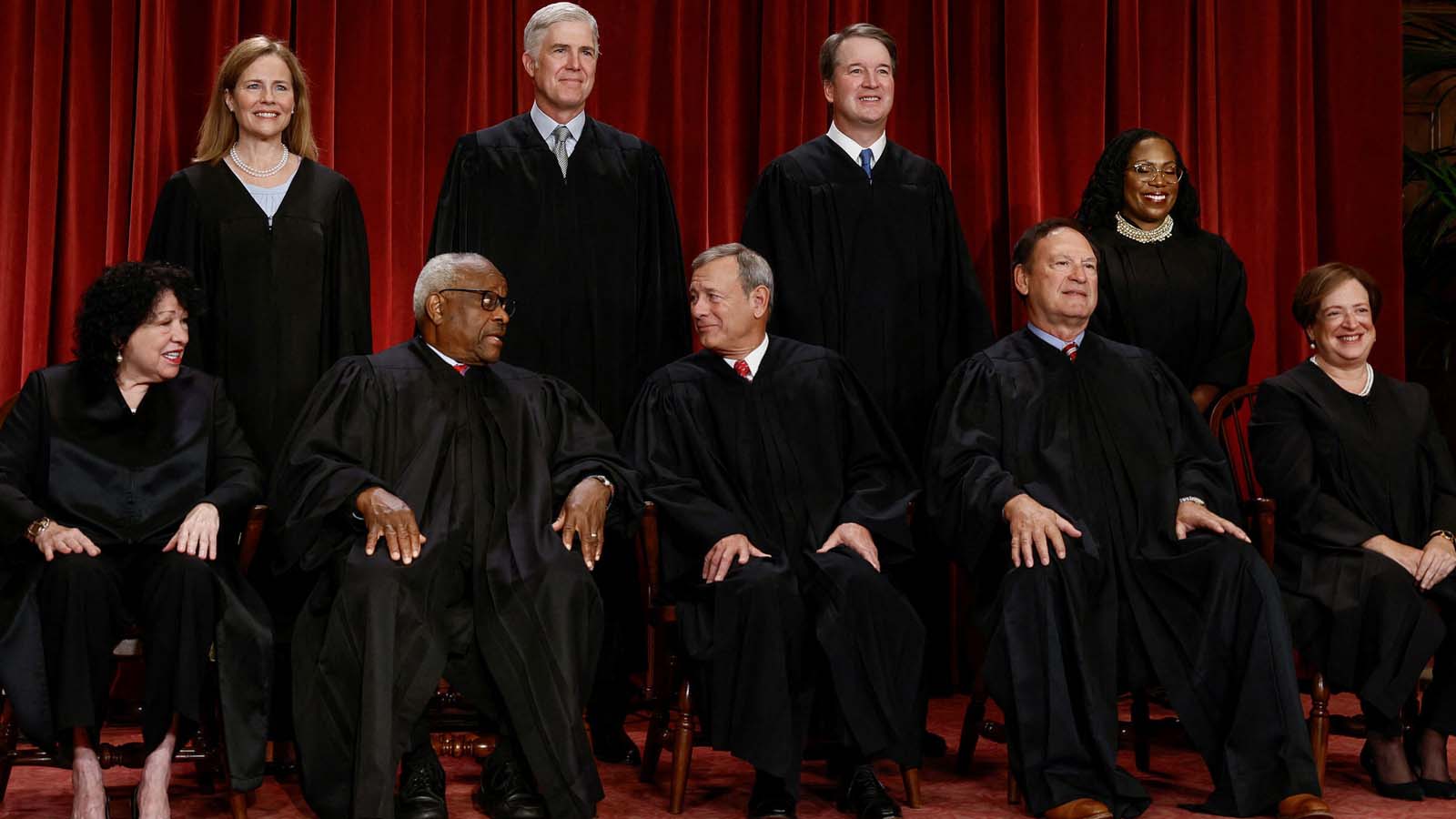 The lawsuit, filed by Raland J. Brunson, alleges the defendants violated their oaths of office by refusing to investigate evidence of fraud in the 2020 election before accepting the electoral votes on Jan. 6, 2021, allowing for Biden and Harris to be “fraudulently” inaugurated.

During the joint session of Congress to certify the 2020 election results, “over 100 members of U.S. Congress claimed factual evidence that the said election was rigged,” Brunson alleges in his petition for a writ of certiorari. “The refusal of the Respondents to investigate this congressional claim (the enemy) is an act of treason and fraud by Respondents. A successfully rigged election has the same end result as an act of war; to place into power whom the victor wants, which in this case is Biden, who, if not stopped immediately, will continue to destroy the fundamental freedoms of Brunson and all U.S. Citizens and courts of law.”

On Friday, the court will decide whether to grant the case a hearing. Four of the nine justices must vote to hear it for the case to move forward.

The lawsuit, Brunson v. Alma S. Adams, et al, was originally filed on June 21, 2021, by Raland J. Brunson in Utah’s 2nd District Court after his brother, Loy, filed the same lawsuit in federal court in Utah, according to the brothers’ website explaining their cases. The brothers are representing themselves in the lawsuits.

The Raland J. Brunson suit was moved from the state court to the U.S. District Court in Utah. After that court decided against Brunson, he appealed to the 10th Circuit Court of Appeals. Before a decision was made by the federal appeals court, Brunson realized he could bypass the court and go straight to the Supreme Court by invoking the high court’s Rule 11.

The rule says that a case pending before the appeals court may bypass that court’s decision and go to the Supreme Court if it “is of such imperative public importance as to justify deviation from normal appellate practice and to require immediate determination in this Court.”

After the Supreme Court received Brunson’s petition on Sept. 23, the clerk of the court followed up with him twice for more information on the lawsuit and the timeline for when that information would be sent.

Brunson’s filing in the federal district court case noted that members of Congress had requested an investigation into the election. His complaint asserts there were “over 1,000 affidavits detailing that the Election was rigged with fraud, and claims that there was massive foreign interference in the Election by helping illegal aliens, and other noncitizens vote in the Election, thereby canceling the votes.”

On Jan. 2, 2021, Sen. Ted Cruz (R-Texas), along with 10 other senators, requested “an emergency 10-day audit of the election returns in the disputed states.” A total of 147 Republican lawmakers objected to the certification of the election on Jan. 6.

“The efforts made, as stated in the complaint, that avoided an investigation of how Biden won the election, is an act of treason and an act of levying war against the U.S. Constitution which violated Brunson’s unfettered right to vote in an honest and fair election and as such it wrongfully invalidated his vote,” Brunson alleges in his petition for a writ of certiorari.

In the district court decision in the case, the judge noted that Brunson asked for “(1) the immediate removal of all Defendants from office; (2) that they never be able to collect any further pay from the United States for their official service in Congress or as President or Vice President; (3) that they never be able to again practice law or again serve as an elected office-holder in this country; (4) that they each be investigated for treason; and (5) that former president Trump be immediately inaugurated as President.”

The federal district court granted the defendants’ motion to dismiss the case based on Brunson’s lack of standing and the sovereign immunity that the defendants have in their capacity as government officials. The appeals court upheld the dismissal.