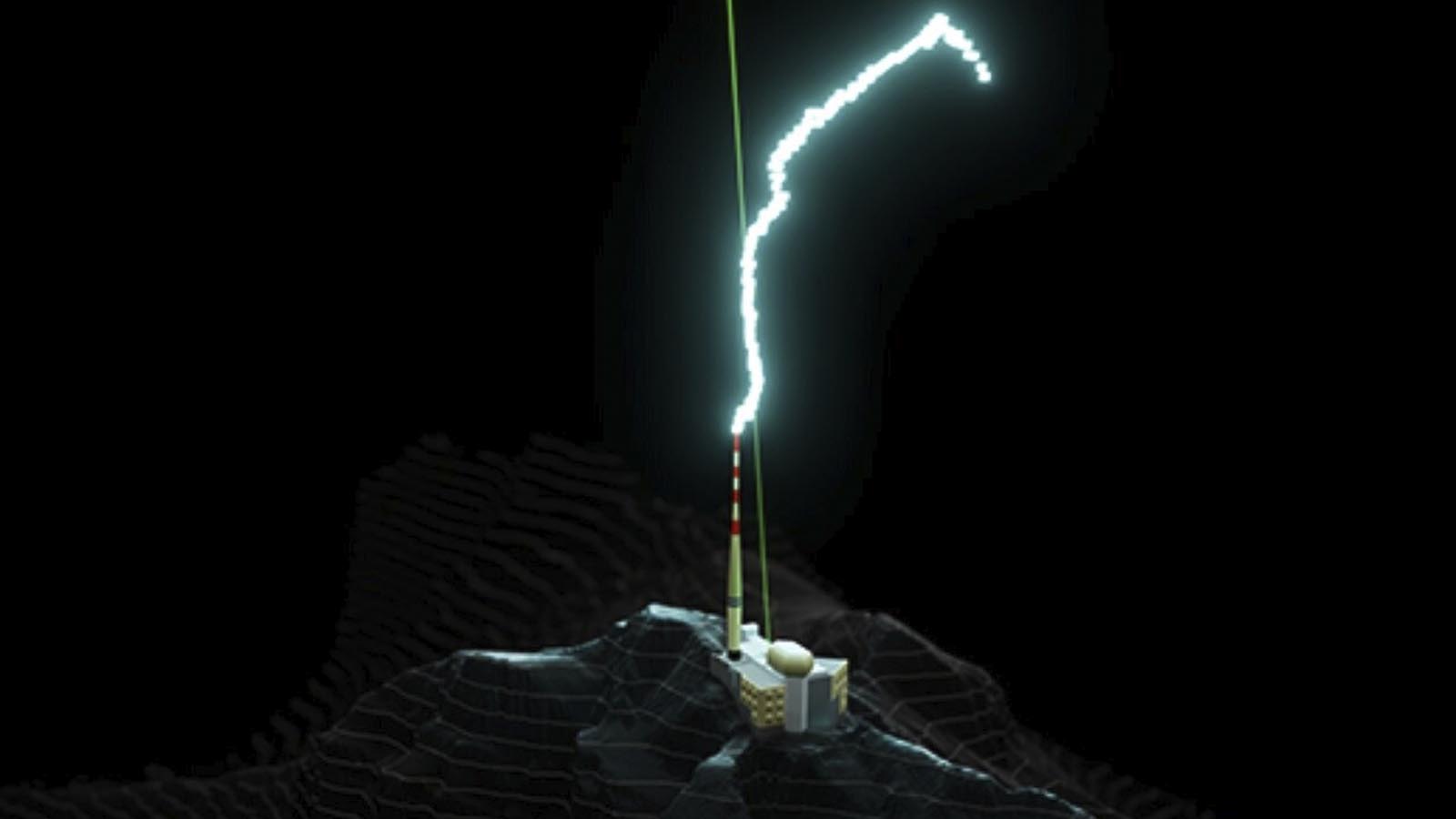 A group of scientists have successfully steered lightning bolts with a laser for the first time in history.

The experiment occurred on top of the Swiss Mountains during a heavy thunderstorm last year.

Scientists accomplished the feat by firing rapid laser pulses at a group of thunderclouds for over six hours.

Instruments recording the laser’s blasts were able to detect four lightning bolts being deflected from its course.

Scientists figured out how to steer lightning bolts with lasers https://t.co/BiOuDBpYT7

The Guardian reported the science behind the experiment:

The laser diverts lightning bolts by creating an easier path for the electrical discharge to flow down. When laser pulses are fired into the sky, a change in the refractive index of the air makes them shrink and become so intense that they ionise air molecules around them.

This leads to a long chain of what the researchers call filaments in the sky, where air molecules rapidly heat up and race away at supersonic speeds, leaving a channel of low density, ionised air. These channels, which last for milliseconds, are more electrically conductive than the surrounding air, and so form an easier path for the lightning to follow.

Although, the new feat could help prevent forest fires or tall buildings from being struck, many believe the newfound ability to steer lightning bolts will be used for ill will.

Throughout history, weather manipulation has been used as a war tactic.

Back during the Vietnam War, the CIA launched Operation Popeye which was a seed clouding operation that caused monsoon rain to hit the Ho Chi Minh Trail which resulted in damaged crops and major mudslides.

A chemical weather modification program carried out by the U.S. during the Vietnam War in 1967–1972.

The highly classified project was allegedly sponsored by Henry Kissinger and the CIA without the authorization of then Secretary of Defense Melvin Laird. pic.twitter.com/dx4zfirlBw