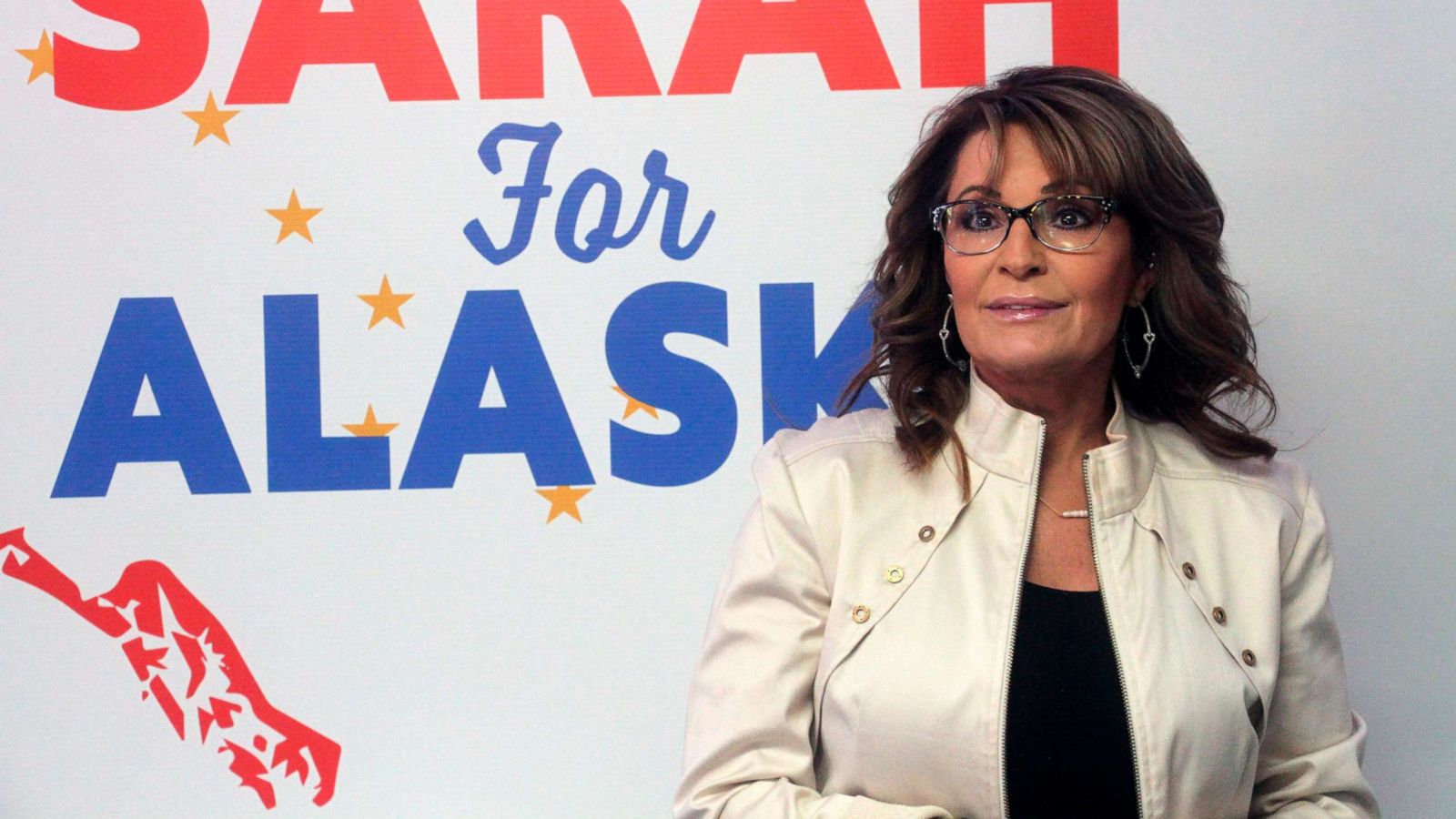 Former Governor and Vice Presidential nominee Sarah Palin is one step closer to representing Alaskans in the U. S. House of Representatives after coming out on top of a crowded field to advance beyond Saturday’s special primary. 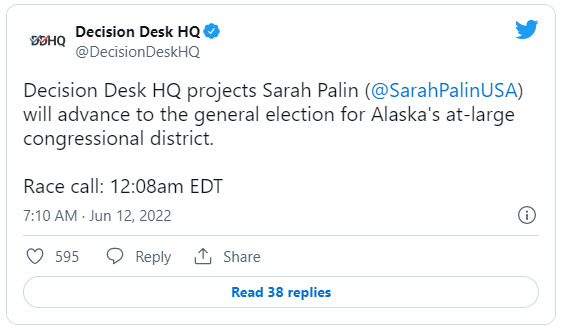 Saturday’s special primary to serve out the remainder of late Rep. Don Young’s term saw 48 candidates in all competing on a single ballot in the first time Alaska voters used such a primary system in which the top four vote-getters would move on to the special general election to be held in August.

Palin will be joined on the August special general ballot by another Republican, Nick Begich III, whose grandfather — Nick Begich Sr., a Democrat — held the seat previously until 1972. Begich, who was endorsed earlier this year by the Alaska state Republican Party — had beaten Palin in fundraising leading into the special primary, but trails her in the overall vote totals by more than 10,000.

In addition, Al Gross — who is running to represent Alaska’s at-large congressional district as an independent — previously lost his campaign for U.S. Senate in which he ran as a Democrat. Gross has not yet announced whether he would caucus with the GOP or Dems if elected to Congress, ruffling the feathers of Alaska Dems who backed him in the last cycle and confusing Republicans who Gross says his views align with on issues such as the Second Amendment.

That leaves one spot left to fill of the four who will advance to the special general election held on August 16. Despite a strong early showing that put him in the top five as initial votes were counted, member of the North Pole city council, Santa Claus — yes that’s his legal name and his official job — fell a few spots as Saturday turned into Sunday. He didn’t accept campaign contributions in his bid for the U.S. House and, as a progressive democratic socialist, is known as the “Bernie Sanders of Alaska.”

Democrat Mary Peltola currently sits at fourth place in the vote totals, but is separated from another Republican, Tara Sweeney, the aforementioned Claus, and another left-leaning independent, Jeff Lowenfels, by less than 4,000 votes.

The Alaska Division of Elections (DOE) schedule for vote tallying included Saturday’s first count to be followed by a second count on June 15 and a third count on June 17. Remaining ballots must have been postmarked by June 11 but will be accepted until the absentee ballot deadline of June 21 when the final count will take place before the planned certification date of June 25.