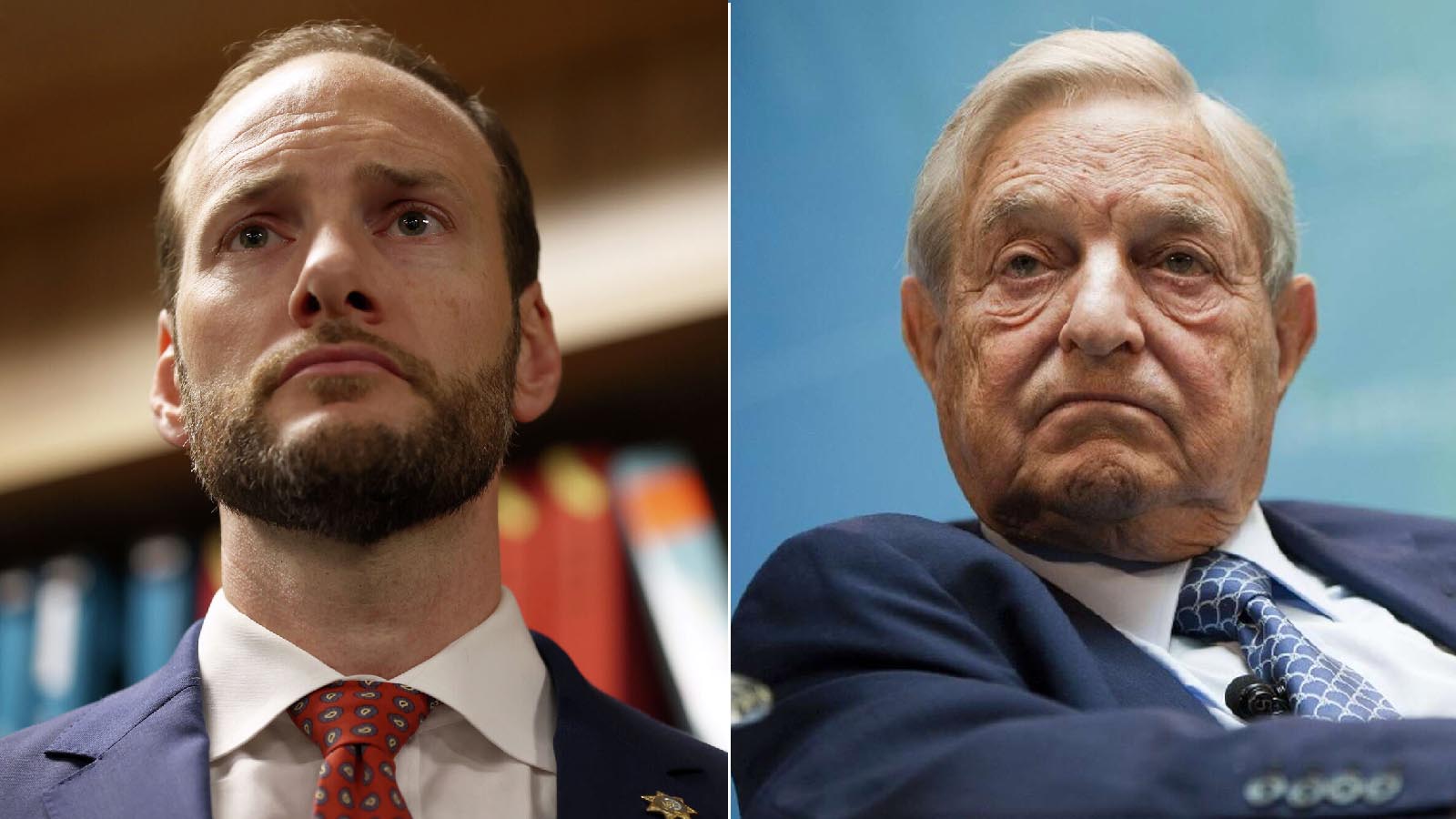 Unlike California Gov. Gavin Newsom’s recent recall election, Boudin didn’t face any opponents. On June 7, San Francisco voters were simply asked to answer yes or no to the question, “Shall Chesa Boudin be recalled (removed) from the Office of District Attorney?”

With more than 61.3 percent of the voters selecting “yes,” San Francisco Mayor London Breed must now appoint an interim district attorney until Nov. 8, when a permanent replacement will be elected. The no votes totaled 40,921 (38.7 percent).

Boudin fired seven prosecutors his second day on the job. In mid-December, The Epoch Times reported that more than 50 prosecutors, support, and victim services staff had either been fired or had quit their jobs over Boudin’s progressive agenda.

A former prosecutor who produced a list of those who were fired or quit left their jobs said at the time, “the office is imploding,” and requested anonymity for fear of reprisal.

Superior Court Judge Bruce Chan chastised Boudin at a Sept. 24, 2021, court proceeding. Chan cited the “constant turnover” and expressed his “disapproval of the manner in which the Office of the District Attorney is being managed,” according to court transcripts.

Several prominent Democrats have opposed Boudin, including Nima Rahimi, an attorney and executive board member of the California Democratic Party.

The San Francisco Board of Elections certified a petition on Nov. 9 to recall Boudin after a group called San Franciscans for Public Safety, led by Mary Jung, a former San Francisco Democratic Party chairwoman, and Andrea Shorter. The two launched the petition on April 28, 2021, and gathered about 83,000 signatures, well surpassing the 51,325 needed to force a recall election.

The group alleges in its official recall petition that Boudin failed to keep his promises to deliver criminal justice reform and police accountability.

“Boudin is not keeping San Francisco safe. He refuses to adequately prosecute criminals and fails to take the drug dealing crisis seriously. He doesn’t hold serial offenders accountable, getting them released from custody, and his response to victims is that ‘hopefully’ home burglaries will go down,” according to the petition.

Boudin dismissed the recall effort as a right-wing campaign based on “false and disproven Republican talking points attempting to undo progress and take us backwards,” in his May, 2021, statement of defense.

He argued that “recalls are not political tools for people who lose elections” and that voters “thoughtfully and carefully elected” him because they support his work “to reform an unjust system that too often criminalized poverty, addiction, and mental illness; failed to hold violent police accountable; and targeted people of color.”

Boudin was elected in 2019 with 50.8 percent of the vote, defeating Suzy Loftus who received 49.2 percent.

He said the “the old approaches” didn’t make the city safer but ignored the root causes of crime and “perpetuated mass incarceration,” and claimed that in his first year he fought to expand support for crime victims, hold police accountable when they commit unnecessary violence, create an independent “innocence commission,” and establish an economic crimes unit to protect workers’ rights.

Boudin argued that “exploiting recalls for political purposes is an abuse of the process [that] disrespects the will of the voters, and costs taxpayers millions of dollars.”

Richie Greenberg, a Republican and former mayoral candidate, launched an earlier but unsuccessful recall petition against Boudin in January last year. The campaign collected 49,600 signatures, 1,725 shy of the number needed to make the ballot.

Declaring that he didn’t want to prosecute minor offenses, Boudin has indicated he wanted to shift the focus to more serious offenses and take on corporations. He has also suggested hiring public defenders as prosecutors.

He has refused to cooperate with Immigration and Customs Enforcement (ICE) and has threatened to prosecute ICE officers whom he accused of breaking “sanctuary city laws.”

In San Francisco, fentanyl has claimed the lives of 131 people so far this year, according to data from the city’s Chief Medical Examiner’s office, and nearly 1,100 have died from accidental fentanyl overdoses alone since January 2020 to April 2022 compared to 1,544 total overdose deaths. In 2021, fentanyl deaths in San Francisco surpassed COVID-19 fatalities.

The overdose rate is one of the worst in the state despite the city spending more than $13 million to expand overdose prevention programs last year.

The drug epidemic is so rampant that Mayor Breed and others civic leaders have tried to skirt federal laws to create supervised facilities, otherwise known as shooting galleries, where intravenous drug addicts can shoot up under the watchful eyes of medical professionals. The city approved the purchase of a building to open such a facility but has not actually done so.

Boudin and Breed have both been blamed for allowing the city’s infamous needle-strewn “Tenderloin” district to infect surrounding neighborhoods with open drug use and dealing.

Overdose death rates have surged since fentanyl began appeared on the scene several years ago. Because of its potency and low cost, drug dealers have been mixing fentanyl with heroin, methamphetamine and cocaine.

The drug, known as “China Girl, China Town and China White” among other street names, is most often smuggled into the United States from China through Mexico and can be deadly in doses as low as two milligrams, according to the federal Drug Enforcement Agency (DEA).

Fentanyl is a synthetic opioid that can be up to 50 times more potent than heroin, according to the Centers for Disease Control and Prevention (CDC). A year-long national study ending in Jan. 31, 2021, showed that overdose deaths from opioids increased 38.1 percent, and deaths from synthetic opioids jumped 55.6 percent.

Boudin once worked as a translator for Venezuelan socialist dictator Hugo Chávez and co-wrote the book “Understanding the Venezuelan Revolution: Hugo Chávez Talks to Marta Harnecker,” published in 2005. Boudin is credited on the book cover.

In 2011, he attained a law degree from Yale Law School and began working for the San Francisco Public Defender’s Office the following year. Unlike other Soros-backed candidates, Boudin was a public defender and had never served as a prosecutor before he was elected as San Francisco’s district attorney—a position Los Angeles DA George Gascón held from 2011 to 2019.

Boudin attended Oxford’s St. Antony’s College in England on a Rhode’s Scholarship and earned two master’s degrees, one in public policy in Latin America and the other in forced migration.

Boudin was a 14-month-old infant when his parents were arrested in 1981 and imprisoned for their involvement in a botched attempt to rob an armored delivery truck in Nanuet, NY, about 35 miles north of New York City. They were getaway drivers for and members of the radical Weather Underground which orchestrated the failed heist in which two police officers and a Brink’s security guard were killed.

His mother, Kathy Boudin, spent more than two decades in prison before she was released on parole in 2003. His father, David Gilbert, was sentenced 75 years to life in prison but was released on parole in October after Boudin successfully lobbied disgraced New York Gov. Andrew Cuomo to commute his sentence before he left office. Cuomo did so on his final day as governor in August. Gilbert, now 76, served more than 40 years in prison.

Boudin was adopted and raised by Bill Ayers and Bernadine Dohrn who were also members of Weather Underground, a radical Marxist group that sought to lead a violent communist revolution in America and bombed government buildings across the country.

During the 1970s, the U.S. Federal Bureau of Investigation (FBI) displayed wanted posters with photos of Ayers and other Weather Underground members in every U.S. post office. The FBI listed Dohrn, whom Ayers married in 1982, as one of its 10 most-wanted fugitives. Ayers was a fugitive for years but resurfaced after charges against him were dropped. He taught at the University of Illinois at Chicago for more than 20 years and retired in 2010. He has authored several books on education.

Boudin hails from a long line of Marxists.

Louis B. Boudin (1874-1952), Chesa’s great-grand-uncle was a Jewish-American writer, politician, and lawyer. Born Louis Boudianoff (Leib Budiansky) in Ukraine—then under the rule of Imperialist Russia—he was a Marxist theoretician best known for writing a two-volume history of the Supreme Court’s influence on American government published in 1932.

His grandfather, Leonard Boudin (1912-1989), was a known civil rights lawyer, who represented Cuba’s communist dictator Fidel Castro and Paul Robeson, an American entertainer who was denied a passport over his refusal to disavow membership in the Communist Party.