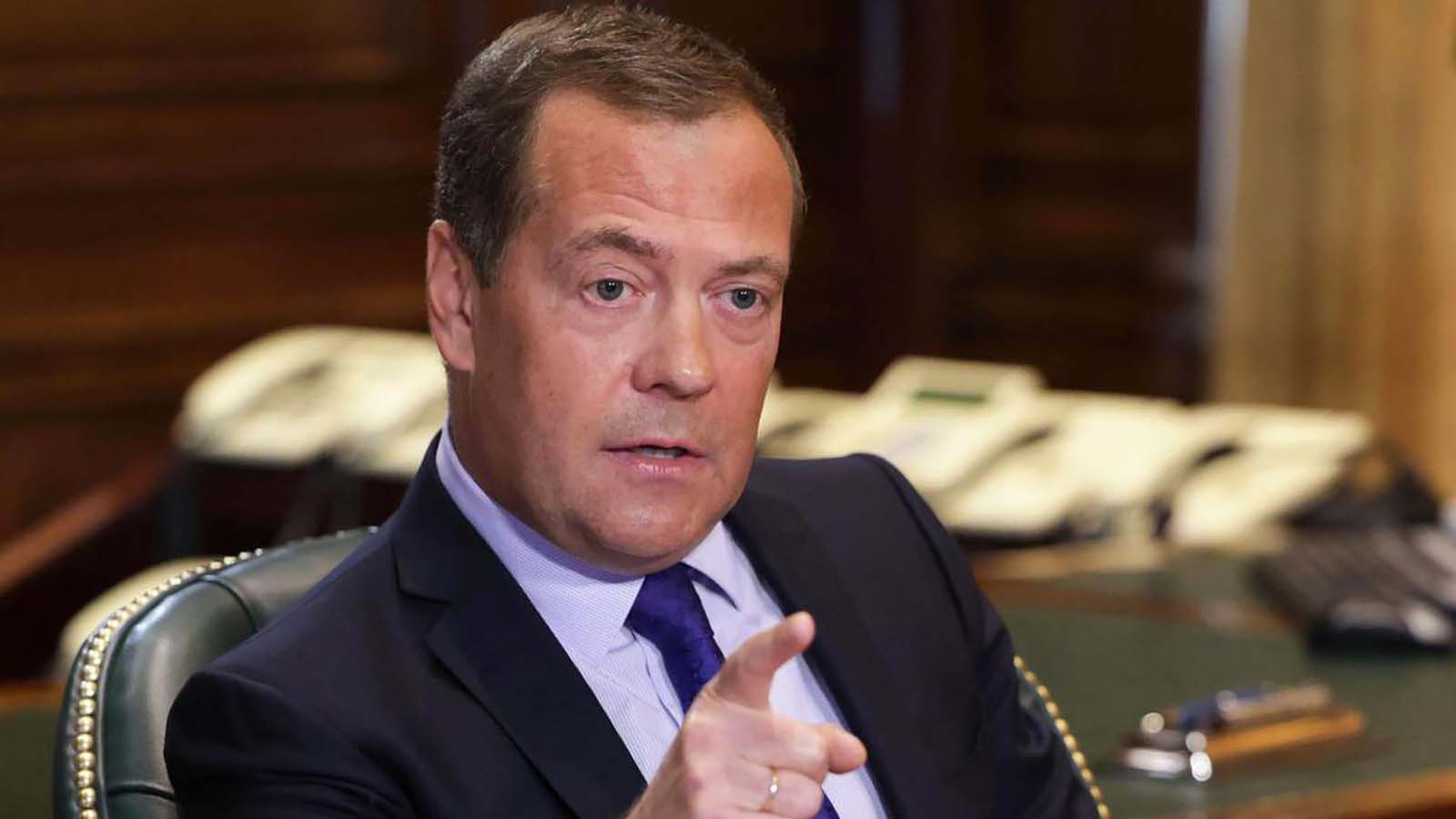 Former Russian president and current deputy chairman of the Security Council of the Russian Federation Dmitry Medvedev took to Twitter and Telegram Monday night to post his own predictions for 2023, in an unusual move from a former head of state, especially given a number of them are not just bizarre but most readers will receive them as incredibly unlikely – at least given the mere one year timeline.

Describing that “many practice futuristic hypotheses,” he said he would add his insight into the mix while “competing in the proposal of the most unexpected and even absurd” predictions. “On New Year’s Eve, everybody’s into making predictions,” he began of his top ten predictions thread for 2023 which includes a coming civil war in the United States, the disintegration of the dollar, the crash of the IMF and World Bank, and the total collapse of the European Union, following a major war among competing powers in Western Europe – including war between Germany and France.

When I wondered where Musk would find “his Medvedev”—a sycophantic nobody—to be Twitter CEO, I should have included Medvedev himself. Although who is more the sycophant here is unclear. https://t.co/jtzyObefip

Medvedev’s thread caught the attention of Twitter and SpaceX CEO Elon Musk, as among the predictions is that after a devastating internal US conflict, Musk would emerge as the new American president, to which Musk responded sarcastically “Epic thread!!”

…And to be expected, a number of MSM pundits who happen to have large followings took Musk’s reaction literally, missing that it was clearly said in mockery.

On the New Year’s Eve, everybody’s into making predictions

Many come up with futuristic hypotheses, as if competing to single out the wildest, and even the most absurd ones.

Below is Medvedev’s full Twitter thread on “What can happen in 2023”:

It appears Medvedev himself meant the admittedly “absurd” thread as a playful and comedic exercise in sarcasm for the new year, given he also ended it with a tweet writing, “Season greetings to you all, Anglo-Saxon friends, and their happily oinking piglets!”

As for Musk and his “epic thread” comment, he later wrote that “those are definitely the most absurd predictions” he had ever come across, and said they demonstrate an “astonishing lack of awareness of the progress of artificial intelligence and sustainable energy.” Musk additionally commented, “Remind me of this in one year.”

Medvedev has long been the most hawkish public voice in the Kremlin, throughout the Ukraine war often making over the top statements – such as issuing nuclear threats. Some of the more bellicose statemetns out of Medvedev might be things Putin is thinking, but that wouldn’t come directly from a sitting head of state. In his latest more ‘serious’ commentary, Medvedev wrote in the state-owned newspaper Rossiyskaya Gazeta on Sunday about how Russia should handle US-led western sanctions. “We are entitled to do whatever we consider appropriate based on our law with their assets.” He continued: “One can only sympathize with ordinary citizens of the EU countries. Their fiery slogans about solidarity with Ukraine will not warm the house, they will not fill the gas tank of the car.”