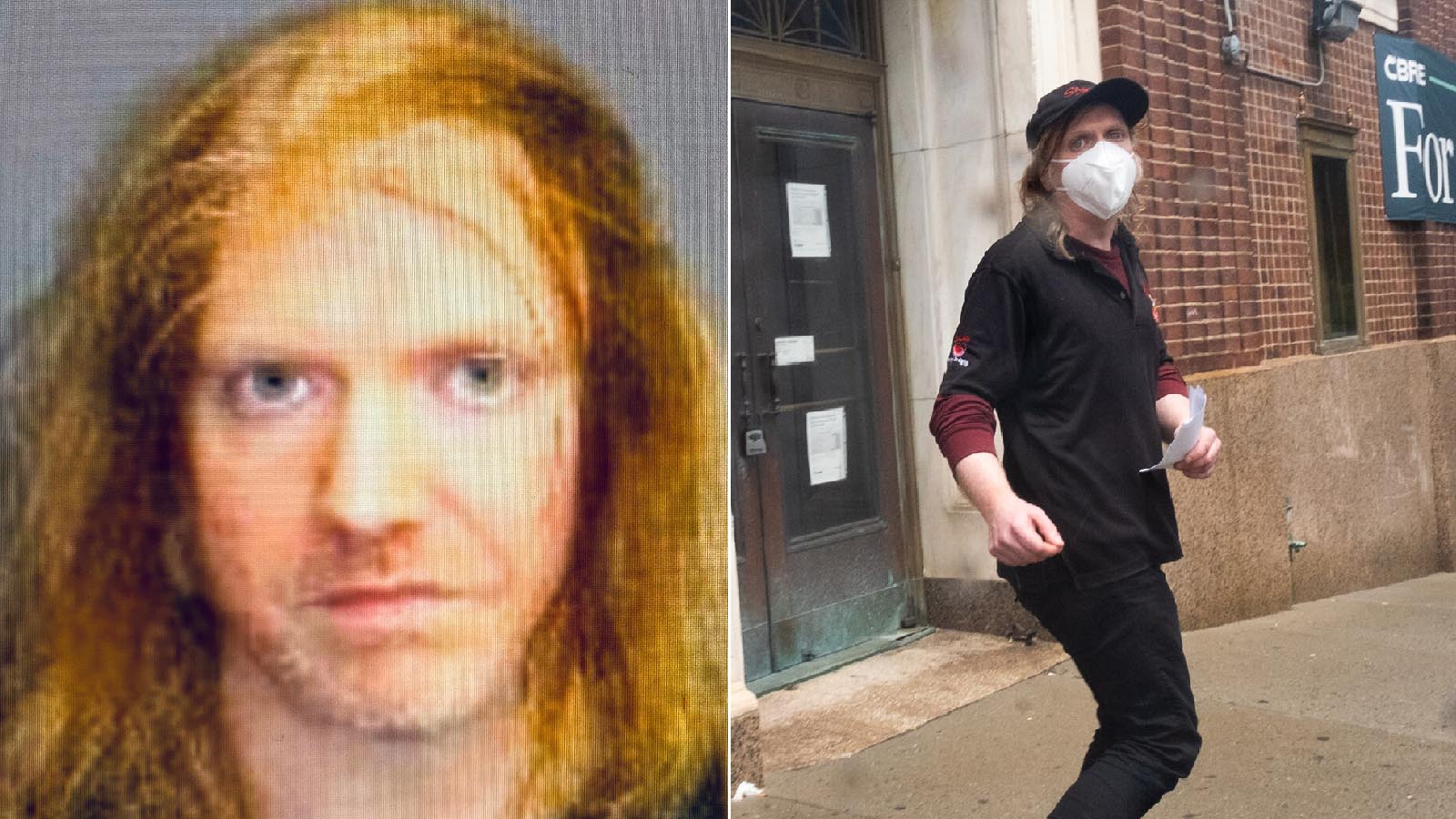 The ShopRite worker arrested for allegedly hitting Rudy Giuliani on the back inside a Staten Island supermarket walked free from court Monday after his charges were downgraded.

Daniel Gill, 39, who was still dressed in his ShopRite uniform following his Sunday arrest, kept his head down and refused to answer questions as he left Staten Island Criminal Court after his arraignment Monday.

His charges were downgraded to third-degree assault, third-degree menacing, and second-degree harassment over the caught-on-camera attack inside the supermarket.

Gill, who had no priors, was initially charged with second-degree assault involving a person over age 65.

Judge Gerianne Abriano refused the Staten Island DA’s Office’s request for supervised release and instead let Gill go on his own recognizance.

“It appears to be a tap on the back and not a slap,” Gill’s defense attorney, Susan Platis, had argued during the arraignment.

“This is not criminal contact, it is very unlikely that the touch could have caused any injury. So to call this assault in the third, or even menacing, is a stretch.”

His lawyers later said in a later statement that after the incident Gill was “followed and threatened by one of Mr. Giuliani’s associates who allegedly poked Mr. Gill in the chest and told him that he was going to be ‘locked up’.”

The prosecutor, however, insisted the “assault was aggressive in nature.”

“The defendant smacked Mr. Giuliani in the back, causing him pain and imbalance. [Giuliani] took a step forward to steady himself … at which time the suspect said to him, ‘What’s up, scumbag,’” Assistant District Attorney Darren Albanese told the judge.

The former New York City mayor had refused medical attention at the scene, but was complaining of swelling and “much more pain” a day after the ordeal, Albanese added.

It comes after Giuliani had earlier called for Gill to be locked up, saying he could have easily been killed if he’d been knocked to the floor.

“This guy should be in prison,” Giuliani said during a virtual press conference ahead of Gill’s court appearance.

The former federal prosecutor also slammed the downgrading of charges, saying “finally, I thought we had a DA in New York in Staten Island who was a real DA in favor of protecting victims and not letting criminals go free.”

The ordeal unfolded Sunday afternoon as Giuliani was visiting the ShopRite as part of his son Andrew Giuliani’s campaign for New York governor.

The ex-pol said he’d just come out of the men’s room inside the store when he was suddenly struck from behind.

Surveillance footage captured the man hitting Giuliani across the back before walking away.

Giuliani claimed the man, who was working at the time, then allegedly started saying the former mayor “kills women” because of his anti-abortion stance.