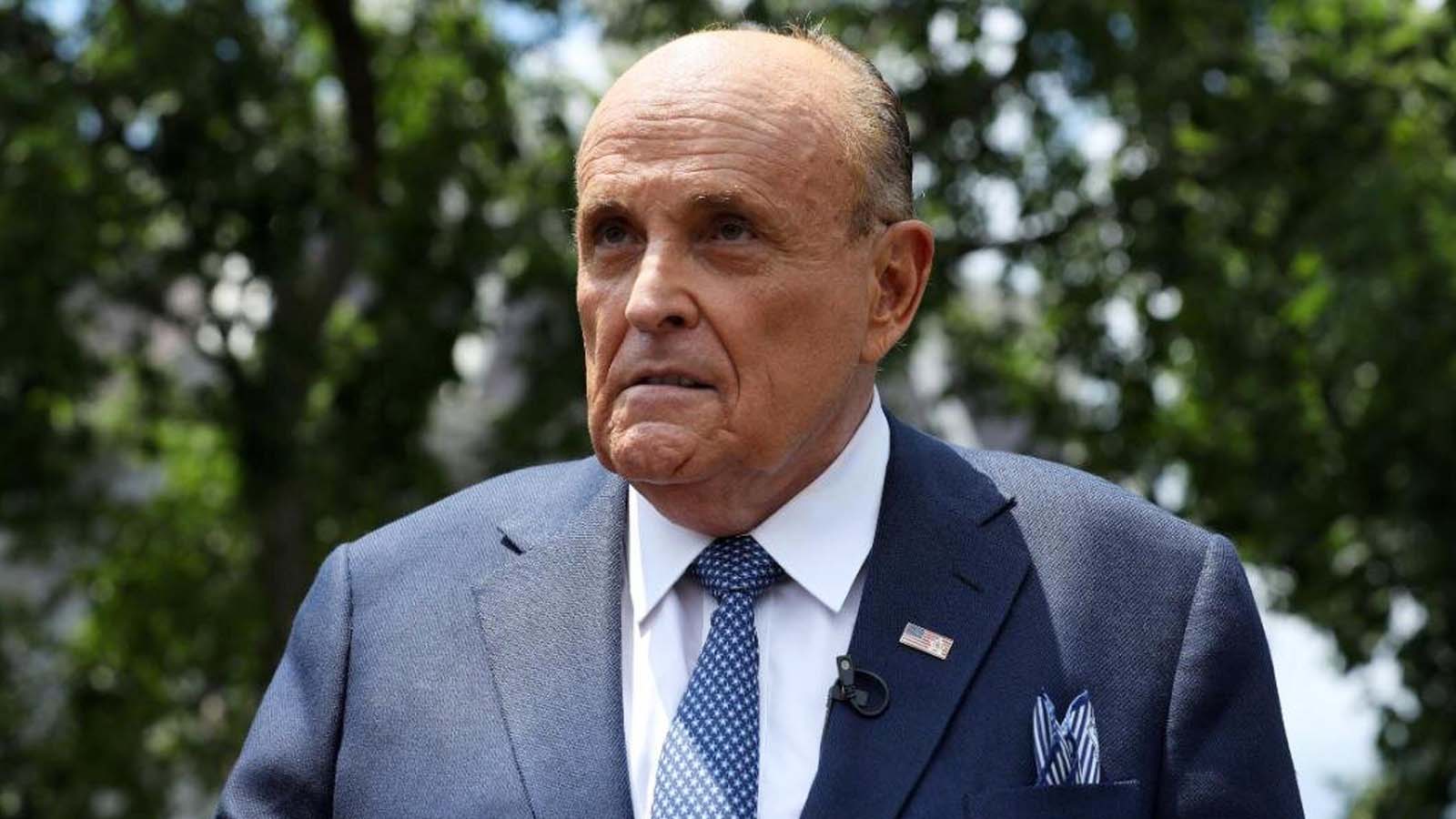 Giuliani, 78, had been feverishly campaigning around the state for weeks on behalf of his son Andrew Giuliani’s bid for governor, which ended in last week’s primary loss to Rep. Lee Zeldin (R-LI).

“There was a little bit of a scare in the Giuliani family,” Andrew said, while replacing his father on Rudy’s show on 77 WABC radio.

Ryan said Giuliani had two stents inserted to open up his arteries.

Rudy was sweating and experiencing shortness of breath but stayed on the campaign trail because “he loves you so much,” Ryan told Andrew.

“It shows how much he loves this city, state and country,” Andrew said. “He’s already ready to get back on the campaign trail. He has to take it easy a little bit.”

Andrew Giuliani told The Post that his dad had felt discomfort for a few weeks but wouldn’t tell anyone until after the primary, calling his father “iron man” and “tough as nails.”

Papa Giuliani was at the center of controversy in the waning days of the Republican primary campaign.

Rudy was chatting with locals at ShopRite on Staten Island on June 26 when a store worker Daniel Gill came up behind him and slapped him on the back and unleashed a verbal tirade, a video of the incident shows.

Gill, 39, was initially arrested and charged with second-degree assault in the incident — although the charges were downgraded.

The incident provoked a feud between Mayor Eric Adams and the elder Giuliani.

Adams accused Giuliani of filing a false report after seeing the video, to which Giuliani responded that Adams should resign because he’s a failed mayor. Other witnesses said the worker hit Giuliani.

Giuliani was mayor from 1994 to 2001 and earned the moniker “America’s Mayor” for guiding the city following the Sept. 11, 2001 terrorist attacks.

A former federal prosecutor, he has served as a lighting rod the past few years serving as a lawyer advising former President Donald Trump, claiming the 2002 election was stolen from the former president. The courts have debunked the claims and the NY Bar Association temporarily suspended his law license for making “false and misleading” statements regarding voter fraud.